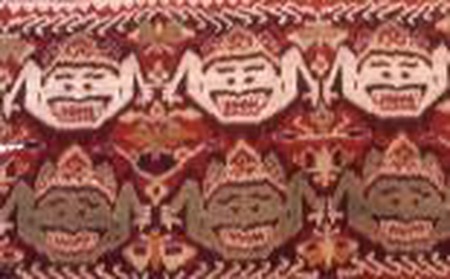 When we think of Indonesia, our thoughts immediately go to idyllic beaches in Bali. Indonesia, however, has a rich craft culture that has had a wider impact on Western design than most people realize. 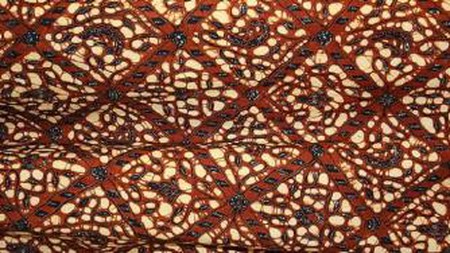 Indonesia is a country that is steeped in culture and tradition, and known for its outstanding array of traditional crafts. Ranging from Teak wood furniture, to artisanal wood-carving and decorative ceremonial weapons such as the Kris, a highly decorated wavy dagger, Indonesian craft is something to be admired. Textiles, in particular, are likely the most notable and far-reaching of the Indonesian craft practices. The variety of textile techniques from Indonesia have been inspiring artists and designers alike for many years. Three of the main textile practices in Indonesia, Batik, Ikat, and Songket, all have rich and varied histories that span back centuries and have travelled over continents. Perhaps the most well-known and wide-reaching of the Indonesian crafts is Batik fabric, which was spread half-way around the world to Europe and Africa via colonialism.

Batik textiles have been produced in Indonesia as far back as the 12th century, and were an integral part of Indonesian culture. Intricate repeating patterns and motifs are drawn upon the fabric in a resistant substance derived from rice paste, mud or later on, wax. The fabric is then immersed in a vat of dye, where the design remains un-dyed due to the resistant quality of the wax, whilst the exposed fabric is dyed. Designs differ depending on both the region and consumer of the product; for example certain colors and designs would be reserved for Indonesian royalty. Batik was considered an important part of Indonesian cultural heritage, and in the same way that young ladies from the upper echelons of British society would learn to embroider, so too young Indonesian ladies of high social standing would learn to create their own Batik designs. 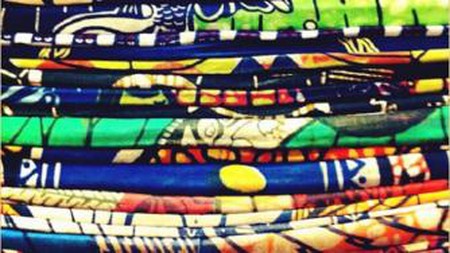 Having formerly belonged to the Dutch East India Company, Indonesia became a National Dutch colony in 1800. Throughout the 19th and early 20th centuries, this colony was one of the most valuable under Dutch rule, contributing to their prominence in the spice trade and ‘cash crop’ trades such as coffee, tea and especially cotton. A by-product of this colonialism was the adopting and adaptation of traditional Indonesian textiles into colonial Dutch society, turning it into a fashionable product that was mass-produced in the West.

Since its Westernization, Batik has become more commonly associated with Dutch-wax textiles that are especially popular in Africa. From 1837 to 1872, West African mercenary soldiers were drafted into the Dutch army to help reconquer Indonesia, and it has been suggested that upon repatriation, these soldiers returned with souvenirs, primarily Batik textiles. Almost unrecognizable from the muted tones of traditional Indonesian Batik, Dutch-wax is bright almost to the point of being gaudy. Highly fashionable, particularly in West African countries such as Nigeria, Dutch-wax has also been used by artists, most notably Yinka Shonibare whose work focuses on cultural identity. 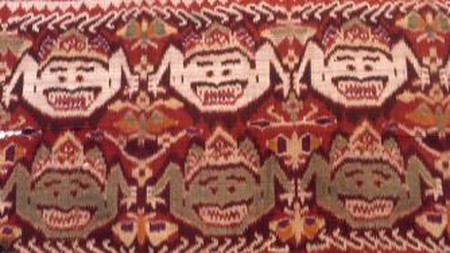 Slightly less far reaching is the process of Ikat, which has remained relatively unchanged as a process. The history of Ikat has proven somewhat difficult to trace, however, it is clear that variations of the Ikat technique developed independently of one another in various cultures, including many pre-Colombian South American cultures as well as across parts of Asia. Ikat is a dyeing technique where the warp or weft yarns are resist-dyed in a similar process to tie-dyeing. The pattern is therefore pre-determined by the way in which the fibres have been dyed as opposed to standard weaving methods where the pattern is determined by the block color of the thread.

There are a number of variations including warp ikat and weft ikat which are defined by whether it is the warp (vertical) threads or weft (horizontal) threads that are dyed. Additionally there is Double Ikat, in which both warp and weft threads are resist dyed; this is the most complex form of Ikat and the subsequent weaving process takes great skill to create the intricate patterns. This makes it incredibly difficult to create a consistent pattern whilst weaving, and, as a result, is a very lengthy process. 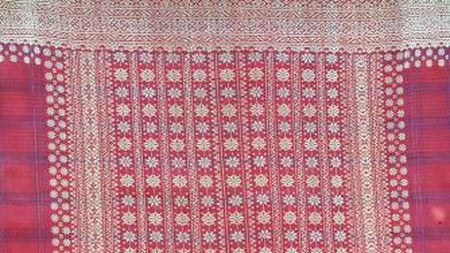 Perhaps the least well-known of the Indonesian Textiles is the Songket cloth, a traditional Indonesian brocade that is hand-woven in silk or cotton. The intricate patterns are then picked out in gold or silver threads to create a luxurious fabric that is commonly worn for ceremonial occasions as either a sarong, headscarf, or sash. Given that woven fabrics often do not stand the test of time, it has proven difficult to trace the roots of Songket textiles, with a number of plausible explanations available to explain their initial creation. Historically associated with Indonesian areas of Malay settlement, there is also reason to believe that the production techniques were introduced by Indian and Arab merchants. However, it is equally likely that Songket weaving came to Indonesia through the intermarriage between royal families in the 15th century. Today, the craft survives through a number of small cottage industries and is produced in Sumatra, Bali, Kalimantan, Lombok, Sumbawa, and Sulawesi. The production of Songket is often the occupation of the entire village, with the skills being passed down generation to generation

Batik, Ikat, and Songket are all prime examples of the highly skilled craftsmanship and artistry still being practiced in Indonesia today. Not only that, but these time-honored traditions have not been lost over the centuries and are celebrated as hallmarks of Indonesia’s skilled crafts industry. Batik and Ikat have long influenced numerous aspects of Western and African design, from fashion to furniture and interior design. Despite being adapted and altered to suit different cultures, the initial beauty and intricacy of the original techniques still shine through the fabric, making them a testament to Indonesian craft.