Indonesia's 10 Best Rappers You Should Know 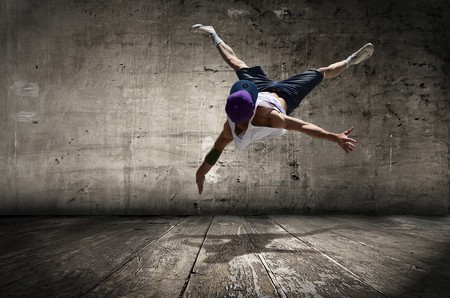 Exotic and original as it is, Indonesia is not immune to the immense influence of hip-hop culture. In fact, local talents like Brian Imanuel (Rich Chigga) have in turn influenced the international stage with fresh sounds and creativity. From the legendary to remarkable newcomers, discover the best rappers from Indonesia.

Especially popular during the 1990s, Iwa K is often credited as one of the pioneers of rap in Indonesia. However, he has managed to stay relevant and on point even today; his hit songs are still played and remade, and his presence on TV shows or events still sparks enthusiasm from both loyal fans and younger admirers. Among his six albums and many collaborations, Iwa K has been known for fresh fusion between rap and rock, groove, even the more traditional dangdut.

More than his strong flow and sly rhymes, Saykoji is loved for his relatable lyrics, that are often inspired by real social phenomenon, like the rise of internet use and plagiarism. Unlike many other rappers in Indonesia or anywhere else, Saykoji’s lyrics rarely contain curse words or profanity, making his music enjoyable for a wider audience.

Started as a homeschooled boy posting comedy on Twitter and Vine, Brian’s rap music video Dat $tick went viral in 2016 and catapulted him to instant popularity that extends to the international stage. His unique voice, distinctive style, and creativity has earned him collaborations with the likes of Ghostface Killah, Skrillex, and Diplo. His meteoric success has even spurred an awakening in Indonesia’s previously underground rap music scene.

This Indonesian host, writer, and rapper is true to his name. Joshua Matulessy became JFlow when fellow rapper Igor Saykoji observed his remarkable sense of flow when they rap together and decided the name does not only sound cool, it is well-deserved. He’s also done some impressive collaborations and humanity projects with high-profile Indonesian celebrities.

Other than the fresh, novelty hip-hop music arrangement, Fade 2 Black is appreciated for their expressive lyrics, often with rather poetic and sophisticated diction, but still easy to digest and enjoy. The rap group is perhaps more popular in their collaboration with musician Bondan Prakoso, but the three of them did produce many impressive tunes on their own.

This Indonesian rapper boldly combines hip-hop and Islam; chanting religious messages with sick hip-hop beats embellished by traditional Middle Eastern-style instruments as his accompaniment. Ebith Beat A often fills his flow with Sundanese phrases and excerpts from the Islamic scriptures.

A word play for his name Iqbal (eeq-bäl), 8 Ball is the stage name of the Mollucan Indonesian rapper who first debuted in Yogyakarta. Although his lyrics are sometimes dense with Eastern Indonesia profanity that makes his tracks unique, some of his songs are motivational or even romantic.

As a young rapper, Young Lex is a controversial figure in Indonesia’s rap scene, which had not seen a lot of diss tracks and much frontal profanity. Nevertheless, his looks, works, and personality added a new color to the industry, and he is loved by many, both newcomers and senior rappers. Like many other successful rappers, Young Lex came from a humble background — lower economy and education — and utilized his story as an inspiration to many aspiring artists.

Laze or Havie Parkasya was respected for his sharp social comments that revolve around social class, economic gap, and the harsh realities of living in the metropolitan, served in clever rhymes and wordplay. For the music, he explores different nuances of hip-hop, from the 90s to electronic. During his decade-long musical career as a rapper, Laze has done notable collaborations and released several full-English songs.

This group of three express their musical talents through hip-hop, Rn’B, and rap. Soul ID was formed in 2002 and quickly became quite productive with hit singles and collaborations. During the past few years, this group has increasingly released English songs and fusion rap with bossa nova and hip-hop. Their latest album, Heartwork, was launched in 2017, just in time to join in the ‘rap renaissance’ in the Indonesian music industry.