How Did Indonesia Get Its Name? 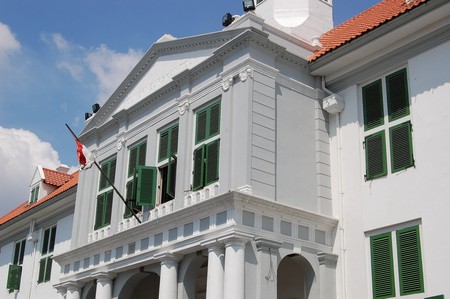 What’s in a name? Well, in this case, intricate history, scientific research, a fight for independence, national identity, and politics. Discover how Indonesia got its name, and how the single word signifies the course of the nation’s long and delicate history.

Before the formation of global civilisation, modern-day Indonesia was given different names by different nations. But even with all the variations, the main attribute noted by them all was the innumerable islands.

The Chinese called this area Nan-hai, that means the Islands of the South Sea. The Indians chose Dwipantara, or the Islands of Beyond, while the Arabs settled on Jaza’ir al-Jawi, or the Java Islands. All these names established the region as a massive, faraway archipelago. 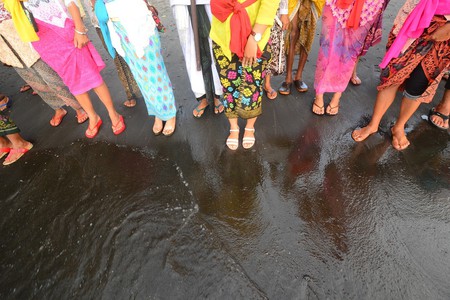 Europeans, on the other hand, regarded the exotic far-flung land from Persia to China as one entity that they called ‘Indies’, or sometimes ‘East Indies’ to distinguish the area from the newly-discovered Americas around the 16th-century. However, as studies progressed about the indigenous culture and ethnicities in those lands, the need for distinctions was soon realised. Ethnologists and scholars began to draw classifications based mainly on the people’s profiles.

The quest to name this massive faraway archipelago had been more of a rigourous scientific effort than of arbitrary sentimentality. But like a newborn child, the efforts were first made by other nations established before itself. For decades, different European scholars had put forth different names in their papers, most of which revolved around the notions of “Indies” and “islands” in different languages or wordings.

So between Douwes Dekker’s “Insulinde” and the much more literal “Indian Archipelago” as used by some, for a while there wasn’t really any consensus as to how the tropical paradise was to be known. 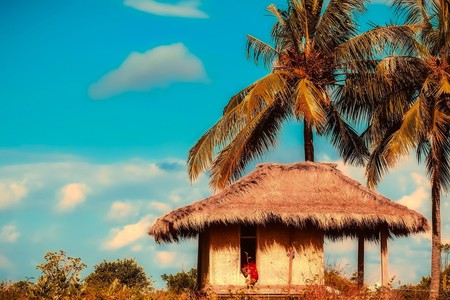 After going back and forth with different names, it is believed to be George Samuel Windsor Earl, a British ethnologist, who first coined the term ‘Indunesia’ and introduced it into scientific discourse in 1850. ‘Indus’ was derived from the ‘Indies’ while ‘nesia’ is Greek for ‘islands’ (nesos). Later, James Richardson Logan, a Scottish scholar, substituted the ‘u’ in ‘Indonesia’ with ‘o’.

Since then, the name was adopted by more scholars and became more and more common, although the land itself was divided within different monarchies and ethnicities and was not united by a common vision or identity.

Despite the flourishing scientific discourse on Indonesia, during the colonial era, the Dutch insisted on “Dutch East Indies” as the name of its equatorial spice-rich territory in the east. But during early independence movements around the 1920s, Indonesian scholars, most of whom had acquired their education overseas, advocated embracing the name ‘Indonesia’ to replace the Dutch-imposed label for their homeland. 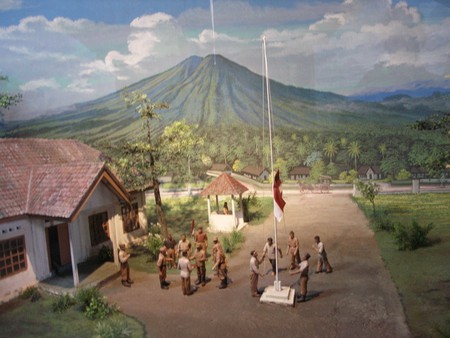 It’s important to remember that before this, before the foreign traders and explorers set foot and later set camp on the archipelago, the region that now constitutes Indonesia was home to hundreds of native ethnic groups with their own societal systems and authorities. A single name to define the whole area was nonexistent and unnecessary, and the concept of unifying all the groups was unthinkable.

But from then on, the name had become an identity for the previously detached nation, segregated by the hundreds of different ethnicities and localities. Youths from different islands and towns began to declare themselves warriors for the independence of this ‘Indonesia’, a conceptual domain with only one thing in common: Dutch colonialisation.

Regional organisation merged into one for ‘Indonesia’ and the discourse was widely changed within locals themselves. And when independence was gained from the Netherlands in 1945, all those regions, despite their cultural and ethnic differences, plied allegiances to a common identity by the name of Indonesia.