How To Spend 48 Hours in Surabaya, Indonesia 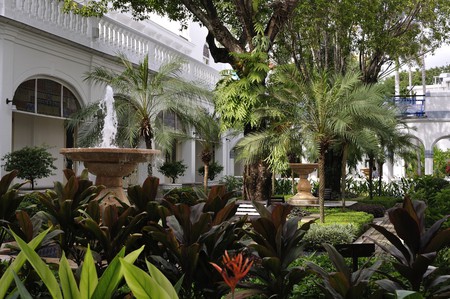 Surabaya is a lively and dynamic city, reverberating with business opportunities and modern facilities on one side, and well-preserved historical heritage and cultural spots on the other. From food to landmarks, discover how to spend 48 hours in Surabaya, Indonesia.

Kenjeran is one of the most beautiful, developed, and accessible beaches in the coastal town of Surabaya. Located just half-an-hour from the city center, sunrise at Kenjeran is a splendid way to start your day in the city. Even after the glorious show in the sky is over, the beach is still charming with its facilities, entertainment, and rides, all with the mighty Suramadu Bridge in the backdrop. 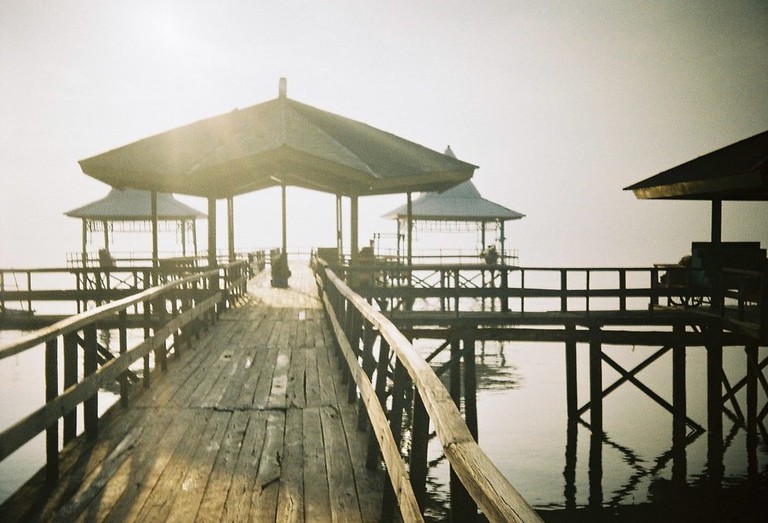 After admiring its beauty from the distance, head over to the bespoke Suramadu Bridge that connects Surabaya with the island of Madura. The toll bridge takes less than 30 minutes to cross and you’ll find yourself on a beautiful island with plenty of natural charms and scrumptious local recipes. Just a ride across the bridge is an exciting experience in itself, even just for a delicious lunch of satay or duck dishes in Madura. 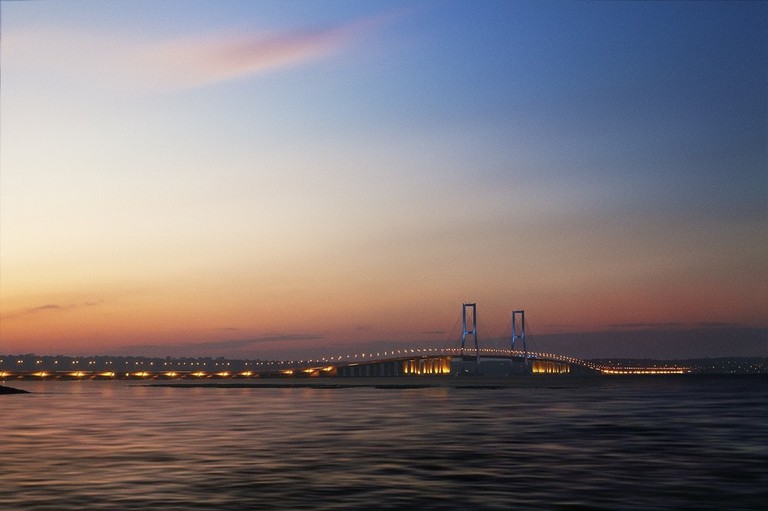 More than just a luxury accommodation, Majapahit Hotel in Surabaya is a heritage building that was established even before the country came to be. Accordingly, the building reflects an elegant colonial architecture surrounded by manicured gardens. Whether you’re into history, architecture, or just the lifestyle, high tea at Majapahit Hotel is an awe-inspiring experience not to miss. 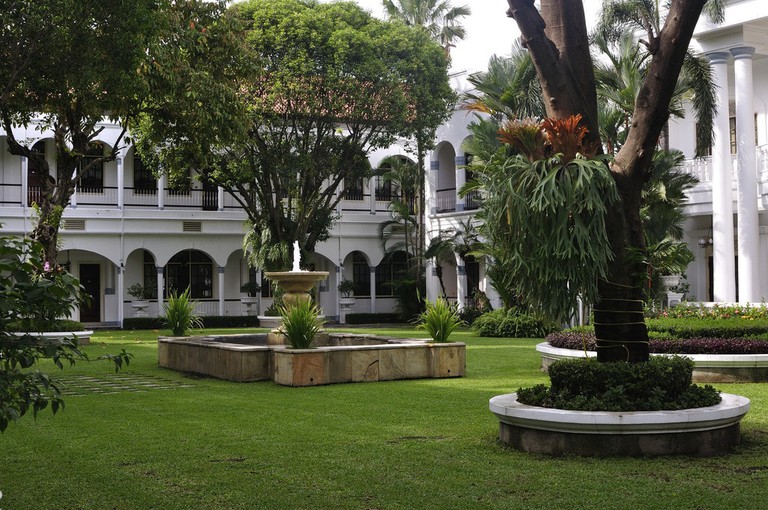 Surabaya’s large Chinese population contributes greatly to the city’s tourism scene. The Chinatown reflects a unique mix of Chinese and the local culture. One of the must-visit spots that reflect this interesting combo is the Cheng Hoo Mosque, a stunning pagoda-style mosque with very vivid oriental décor. The culinary center in this area is also lively with all kinds of local and oriental meals and snacks to recharge after walking around. 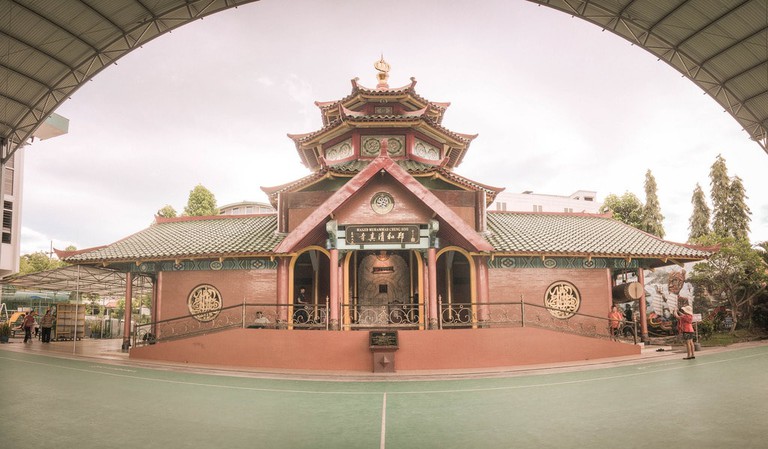 Surabaya has many bars and nightclubs to choose from to dance the night away. But perhaps the easiest choice would be heading down to the Surabaya Town Square, which has several great bars within its areas, such as the Ecletic Pub, Tiga Tuan, and RUI Lounge. Also nearby is the hip Foreplay Nightclub if you feel up to more. 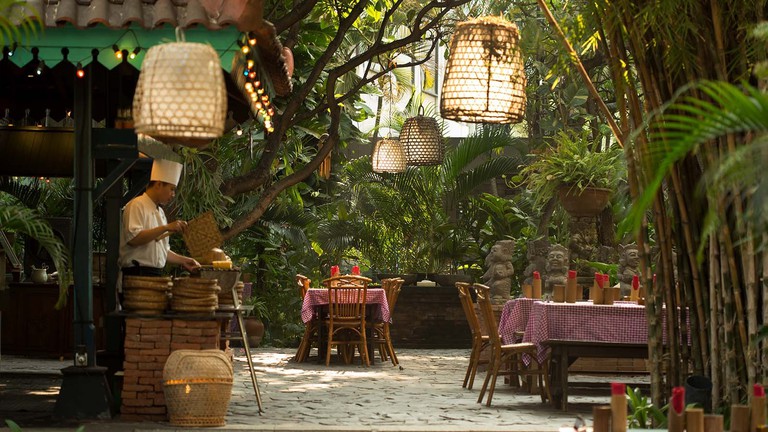 Arumanis Restaurant Surabaya | © Bumi Surabaya
Trust us, waking up early for a big Indonesian breakfast will reward you well. This buffet restaurant will treat you with anything from Indonesian cuisine to Western, Chinese, and Japanese food. Here’s your chance to sample whatever local snack and dessert that looks appealing, from colorful cakes and beverages to a platter of fried Indonesian fritters. Aside from the delectable selection of food, Arumanis Restaurant also has a classy but homey feel with a traditional touch.
Open In Google Maps
Jalan Jend. Basuki Rakhmat, Surabaya, Indonesia
+62315326301
Visit Website
Give us feedback

This museum has become one of Surabaya’s most important landmarks, being the house for the legacy of the well-known clover cigarette brand – one of the key drivers for the region’s economy. Sampoerna Museum is also filled with the owning family’s heirlooms and wealth, including an impressive collection of Rolls Royce and glam traditional dresses.

There’s no better way to spend your limited time in Surabaya than embarking on a guided city tour. The Sampoerna Museum itself arranges the Surabaya Heritage Track that will take you to many of the city’s historical landmarks. Tourists can also sign up for the local government’s Shopping and Culinary Track. 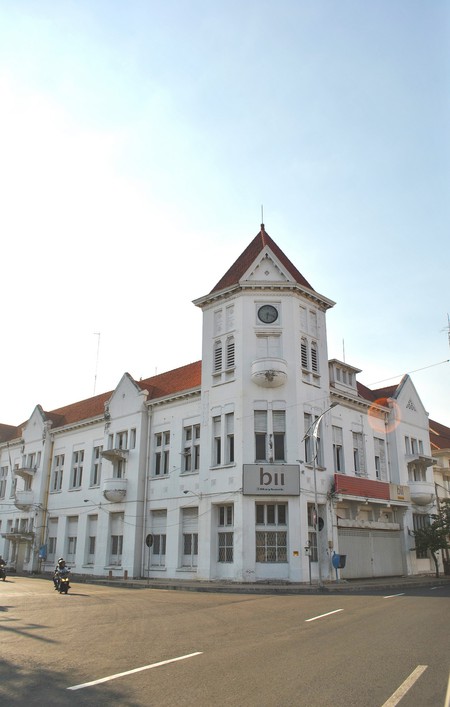 This actual submarine in the middle of the city is indeed an unmissable odd sight. Tourists can get inside the vessel and explore the inside of this naval warcraft that once served the country. Beyond sights, this monument also tells stories about the nation’s maritime history.

Surabaya’s icon is inspired by a legend about the city, about a struggle between a fish (suro fish) and a crocodile (boyo according to the local dialect), which is where the city got its name. There’s a monument that has become the symbol and icon of the city, perched on a beautiful park that will also grant tourists a good afternoon stroll. 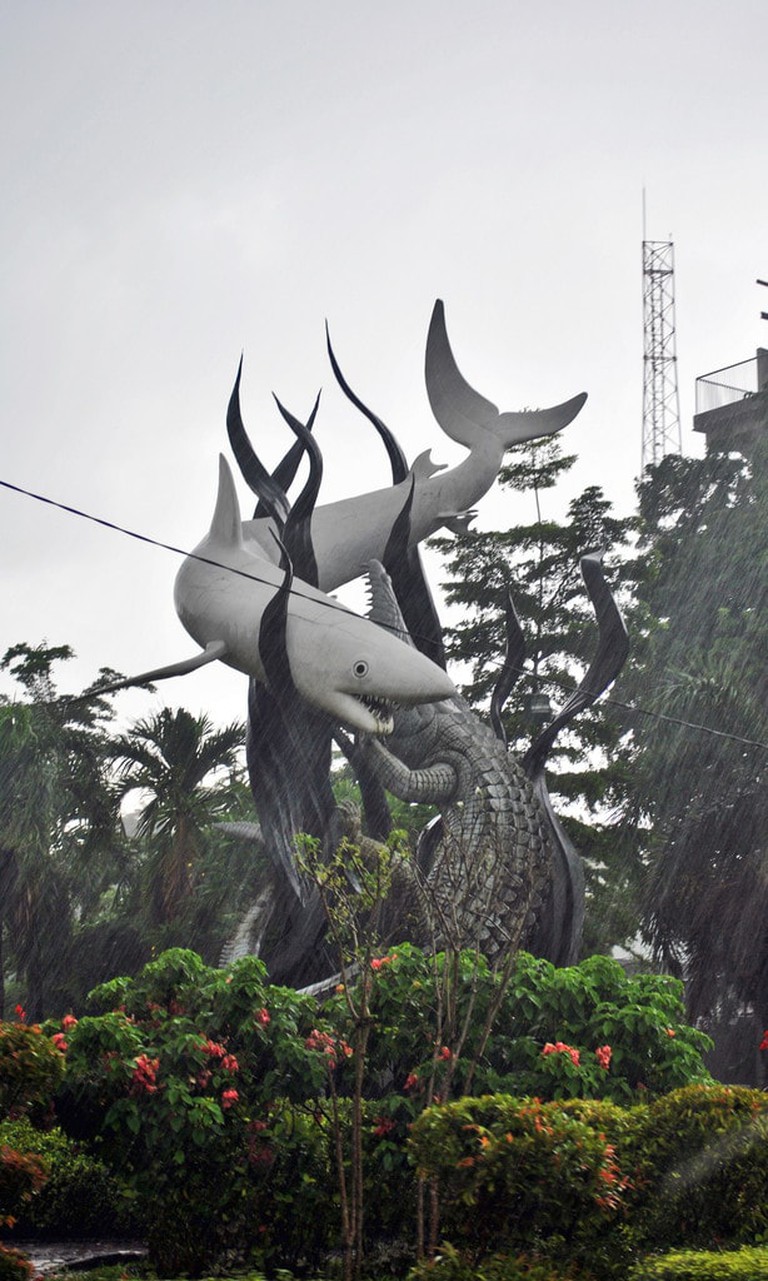 Market, Indonesian
Facebook
Email
Twitter
Pinterest
Copy link
Share
Map View
This electronic and local souvenir center transforms into a vibrant culinary district by night. Swarmed with local street food vendors, this spot is one of the go-to places to have a local dining experience. Whether you’re looking for the famed nasi goreng and other heavy meals or dozens of different local snacks, this night market will be full of choices.
Open In Google Maps
3 nomer, Jawa Timur, 60275, Indonesia
+6281907598235
Give us feedback
Give us feedback