How Cockfighting is Still Socially Significant in Bali 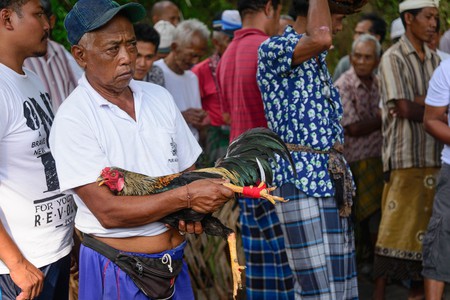 A fighter cook and its owner © Hendrik Wieduwilt/ Flickr

Men release their well-trained beasts as spectators shout their bets, gathering around two cocks with blades in their feet, pecking and scratching against each other. Despite being illegal, cockfighting is still socially significant in Bali, though this is a little-known fact about the island paradise.

The people of Bali embrace contemporary life, but traditions are still deeply imprinted on daily lives. That special mixture of the modern and the traditional makes Bali a fascinating place to explore, where tourists can conveniently enjoy modern luxuries while getting acquainted with the rich indigenous culture. 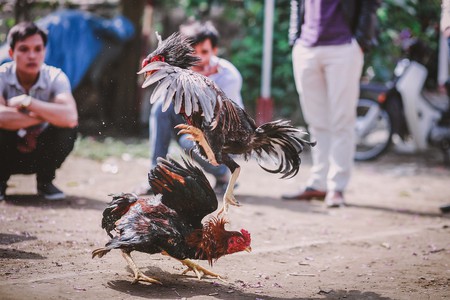 Cockfighting as a religious tradition

Religious rituals in particular are upheld unapologetically in Bali. To understand cockfighting in Bali—which is called tajen in the local language—it’s important to know that the practice has its roots in religious beliefs. Many cultures in Indonesia recognize cockfighting as a traditional custom, but it’s elevated to a religious tradition in Bali. This is one of the reasons why, after being declared illegal across the nation, cockfighting still occurs in Bali more than in other places. In Bali, cockfighting has been illegal since 1981, but local authorities ‘tolerate’ it strictly for religious purposes.

According to local beliefs, the cockfight is a part of a ritual called Tabuh Rah. The purpose of this is to spill blood on the ground to ward off evil spirits. The Balinese cockfight is bloodier than any other similar practice because the fighting cock’s feet are attached with sharp blades to quicken the spilling of blood.

Cockfighting as a secular sport

Even though its religious roots are established, not all cockfights that occur in Bali are held with religious intention. Cockfighting is also simply a means of entertainment and business. Both cock owners and spectators choose sides and place their bets (which is also illegal in Indonesia). Locals who oppose the practice argue that many cockfights are actually held as a secular sport disguised as a religious practice, and that religion is used as an excuse to shield participants from the law. That has created social confusion and reluctance to act against cockfighting. 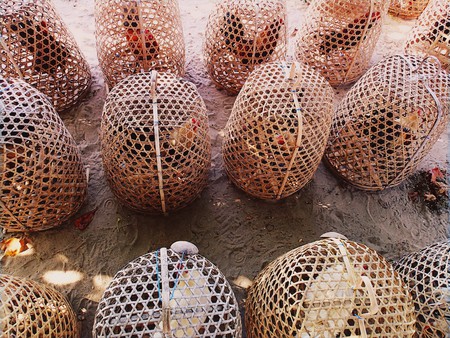 Fighter cocks are placed inside the cage | © SarahTz/ Flickr

Cockfighting as a social event

In many villages, cockfighting is a social event, where men gather to show off their fighters and women see it as a business opportunity to sell traditional food and goods. It has become a casual social activity enjoyed by locals, and has even become an attraction to curious tourists.

For cock owners, there is more than just money at stake. It’s as if the cock is an extension of themselves, and when the animals enter the arena, they carry the owner’s pride and honor. Therefore, whoever wins will gain social recognition as a tough and honored man, a warrior. As in the English language, in Balinese the word “cock” is also imbued with phallic symbolism. Participation in this kind of fight becomes a mark of manliness.

A fighter cook and its owner | © Hendrik Wieduwilt/ Flickr

As a symbol of dominance over the loser, winners are presented with the carcass of the losing cock. They then cook the animal and eat it with their family. That’s on top of the prize money he gets to bring home.

Cockfighting in Bali was introduced by religion, which makes it somewhat tolerable in the eyes of the law, but the practice is now preserved more as a social activity, bringing together many important elements of life: entertainment, economy, hobby, custom, and honor.