Fat Indonesian Crocodile Forced To Move Out of Parent's House 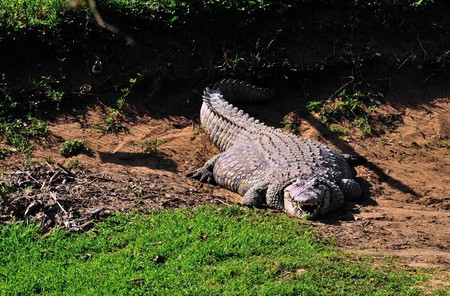 After 21 years of being cared for by a local family, Kojek the fat crocodile was finally removed from his adopted home by Indonesia‘s animal conservation agency earlier this month.

When authorities arrived at the house of Irwan (whose relatives treated Kojek as part of the family), the neighborhood watched and wept as eight men struggled to remove the reluctant 200kg croc.

It is not all that rare to keep exotic and strange animals as pets in Indonesia. In Indonesian culture, birds and fish especially have played an important role in bringing a sense of harmony and tranquility to a household. The Indonesian government, in cooperation with Animal Right’s Groups, is increasingly cracking down on the illegal pet trade, where ownership of these animals are often a status symbol, saving protected eagles, tigers, ostriches, and even orangutans from private captivity. The story of fat Kojek, however, differs slightly from these usual cases.

21 years ago, Irwan noticed a group of young boys tormenting a 10-centimeter long baby crocodile in Cianjur, West Java. With his paternal instincts revving into gear, he came to the rescue of the helpless animal, paying the kids 20,000 Rupiah and slipping the tiny croc in his pocket to bring home. 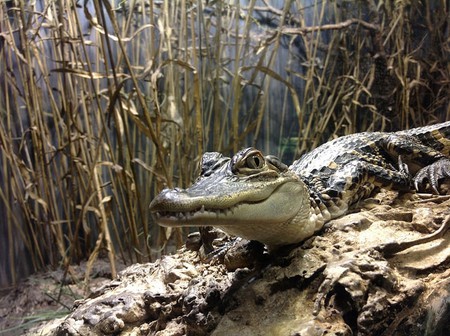 Since that fateful meeting, Kojek has lived in Irwan’s home, becoming such a beloved part of the family that Irwan’s own mother said it felt like her grandson was being taken away.

In his adopted home, Kojek lived a life of pampered luxury, being fed two kilograms of fish per day and bathed with dish soap once a week. When he got too big for his aquarium, the 2.75-meter long croc got his own backyard with a pond. By the time authorities found Kojek, he had reached a hefty 200kg. 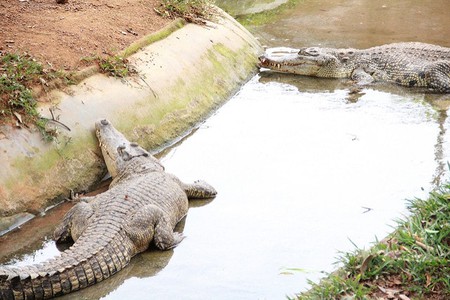 Despite the occasional mishap when Kojek ate a few wandering neighborhood cats, he was known as a very friendly and docile animal, according to Irwan. He worries for Kojek’s wellbeing if placed in an enclosure with wild crocodiles (considering they haven’t been as spoiled and domesticated).

The story doesn’t end only in tears however. Kojek’s family is grateful he will be properly taken care of in Bogor’s Taman Safari conservation park. Irwan still visits from time to time, although the park warns against visiting too often as the emotional bond between them would hamper Kojek’s acclimatization process. The park’s first priority, however, was to put fat Kojek on a diet as they claim he is morbidly obese, even for an apex predator.