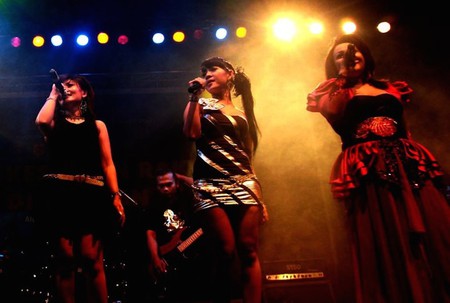 The stage bursts in different colors, musicians lose themselves to the beat and harmony of their instruments, flirty voices precede the appearance of attractive singers as the music and vocal blends together, commencing a boisterous frenzy from the audience, screaming and dancing and singing along.

The origin of dangdut

Although widely known as Indonesia’s own pop genre, dangdut is actually as eclectic as any other cultural object from the archipelago. Dangdut was first derived from qasida, a form of poetry from the Arab peninsula, mostly conveying religious messages and praise. Qasida was first introduced in ancient Indonesia during the 7th-century.

Later in the 19th-century, more merchants and immigrants from the Arab countries came and brought with them gambus, a lute instrument from Yemen that later became popular and essential in dangdut music. 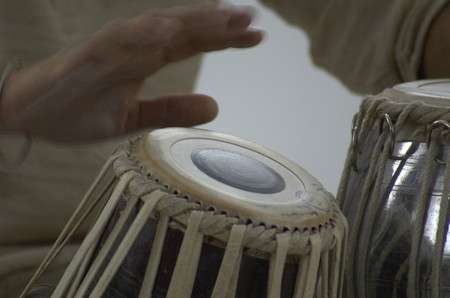 Throughout the unfolding of history, dangdut interacts with the waves of cultural influences in the Indonesian archipelago, from the rise of Melayu Deli music from Sumatra in 1940, to the hype of Southern American music in the 1950s, the Bollywood craze, and eventually the contemporary Western influences in the 1970s. Even now, dangdut is still evolving alongside the increasingly popular house music.

Each episode that contributes to the shaping of dangdut has its own legacy. The harmonization of dangdut, for example, still reflects the ancient Arab qasida, while the influences from India brought the tabla drum into the mix, just like decades later when the Western influence introduced electric guitar or even saxophone into the dangdut stages. 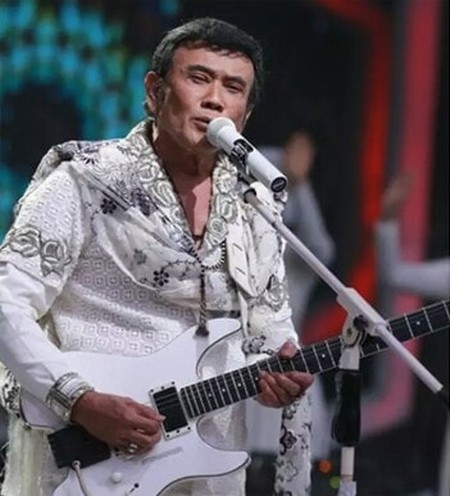 Perhaps the first time this unique genre was identified as a distinctive ‘dangdut’ was in the 1960s. Dangdut is an onomatopoeia from the sounds of India’s tabla percussion, as it ‘dang’ and ‘dut’ when beaten. During that time period, Rhoma Irama emerged as the forefront figure for dangdut, with novelty songs, sophisticated style, and sometimes, religious or moral messages.

Even within Indonesia, the genre often mixes with traditional instruments and musical arrangements, creating a wide array of variations, including the popular campursari, which is a blend of dangdut and gamelan.

As dangdut picks up more influences from across cultures and localities, it shifts and changes. During the early 1980s, when the radio and television carried Western music with all its stature across the planet, dangdut was seen as the antidote for the ‘morally unfit’ culture portrayed by Western songs and its other cultural products that suddenly became accessible from half a world away.

Dangdut became the epitome of Indonesia’s music culture, dubbed and advertised as traditional, and therefore better and more suitable than any other influence from outside. But as time goes by, dangdut has become increasingly associated with the lower class, as the more educated groups bob along to more Western-like tunes. 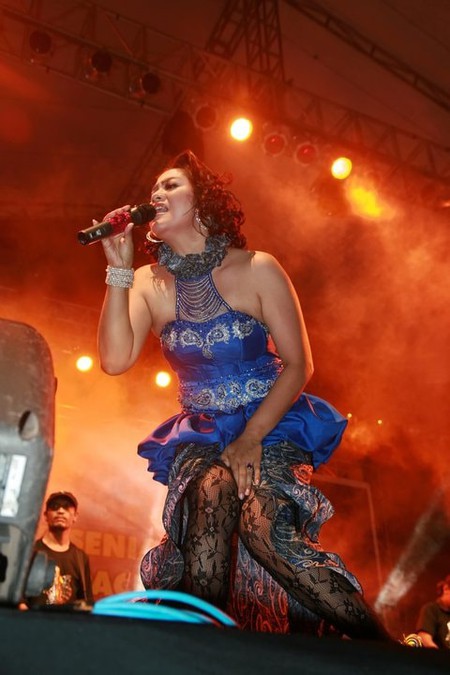 Moreover, criticism began to appear on how the genre was beginning to degrade, and display such a low taste. This is a notion that forms a loop of attracting more crowds from the lower economic and education class, then driving the quality of entertainment further and further down, which appeals more to the lower class, and so on.

Nowadays, the culture of dangdut can easily be portrayed with sexually-attractive female singers, sensational and often sensual stage action, and low quality lyrics, more often than not sobbing or cursing about a lost love—so much for religious messages and divine praises.

Luckily these days, younger music-enthusiasts are open-minded enough to appreciate dangdut as it is, independently from the stench of stereotype and association with a lower taste or lower education. Fresh dangdut songs are being produced more tastefully, as the genre is slowly lifted up for a wider audience to enjoy the unique musical expression from Indonesia.