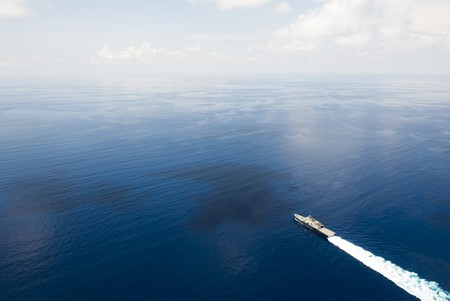 Being one of several Southeast Asian nations disputing China’s claims over the South China Sea, Indonesia has just contravened their larger, assertive neighbour by renaming the northern areas within its exclusive economic zone the “North Natuna Sea”. Here’s what you need to know about the issue.

Indonesian Deputy Minister for Marine Sovereignty, Arif Havas Oegroseno, presented a newly altered map on Friday, at a press conference in Jakarta with a renamed area of the South China Sea. It was labeled the North Natuna Sea.

“We need to continue updating the naming of the sea and report to the United Nations about the borders,” Oegroseno said. “This would allow the international community to know whose territory they pass through.”

That same day in China, Chinese Foreign Ministry spokesman Geng Shuang stated at a daily press briefing that these acts of renaming by other nations are completely meaningless, reiterating that the South China Sea has clear geographical limits.

The Philippines is another country to have made a similar move, recognizing the area of their own territorial claims as the West Philippine Sea in 2011. 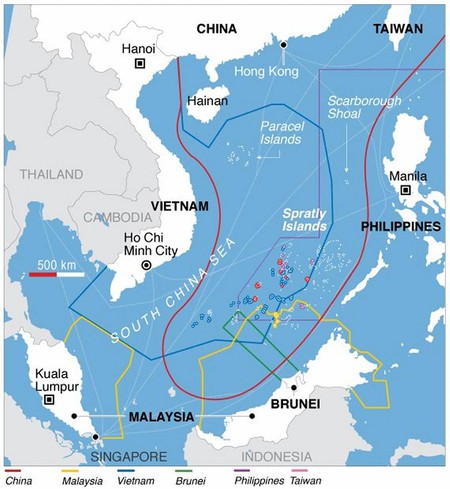 Oegroseno expressed the Indonesian Government’s right to rename any area within the country’s territory. Though the renaming does not bring about any legal action, it is said to be more of a diplomatic assertion of Indonesian sovereignty over the said territorial dispute.

The long-running conflict regarding the South China Sea involves several neighboring nations such as Brunei, Malaysia, Taiwan, Vietnam, and the Philippines. The body of water is not only known to be rich in natural resources, but is also considered a very important shipping route.

While China is capable of making bolder efforts to claim the disputed area — going so far as to create artificial islands and infrastructure to justify their claims over the waters — the smaller nations involved continue to retaliate with smaller-scale, yet persistent movements to stake their respective claims.

The Philippines, for one, filed a case against China at the Permanent Court of Arbitration in the Hague in the hopes of being granted the rights to the rich waters within the country’s boundaries. Taiwan and Vietnam have also built on islands in the area – Taiwan creating a runway and medical clinic on Taiping Island, and Vietnam expanding and installing military defenses on the island of Sand Cay.