The Most Beautiful Ruins to Visit in Indonesia 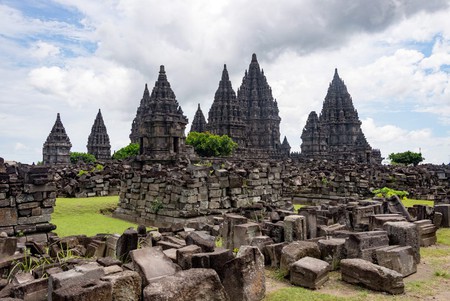 Tourists may not think of ruins as enticing attractions when visiting Indonesia. But the country’s rich and intricate history was best portrayed in the buildings old enough to be in ruins by now. For the culturally and historically curious, discover the most beautiful ruins to visit in Indonesia.

Borobudur is a massive temple complex that dates back as far as the 9th-century. The largest Buddhist sanctuary in the world is relatively intact now, but it has been severely devastated by natural disasters several times and abandoned for centuries before being rediscovered in the 1800s. The temple was then restored, but some original aspects of the temple’s design still remain unknown. Even so, the vast temple area is still an invaluable historical and cultural heritage with original stone carvings depicting stories and legends, not to mention the breathtaking nature view from the site. 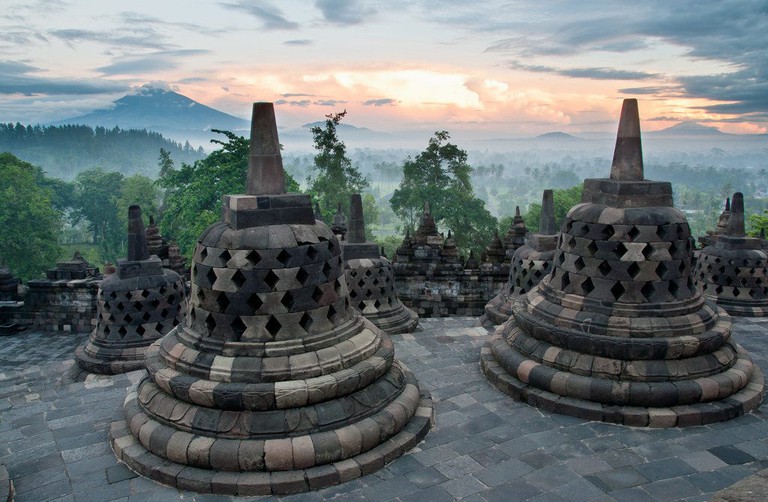 For decades, archaeologists have argued over the purpose and function of this magnificent ancient ruins. Analysis concluded that the ruins were first built in the 9th-century, but the original name and function remains uncertain. Some experts argue that this complex was a religious temple while others are convinced that it used to be the ancient royal palace of the Sailendra Dynasty or Mataram Kingdom. Whichever it is, the beauty of this site is only enhanced by the mystery that encircles it. The ruins still have a massive main gate, several ancient structures, a bathing place, meditation caves, and some miniature temples. Due to its high location, visitors can also enjoy the panoramic view of the great Prambanan temple and Mount Merapi. 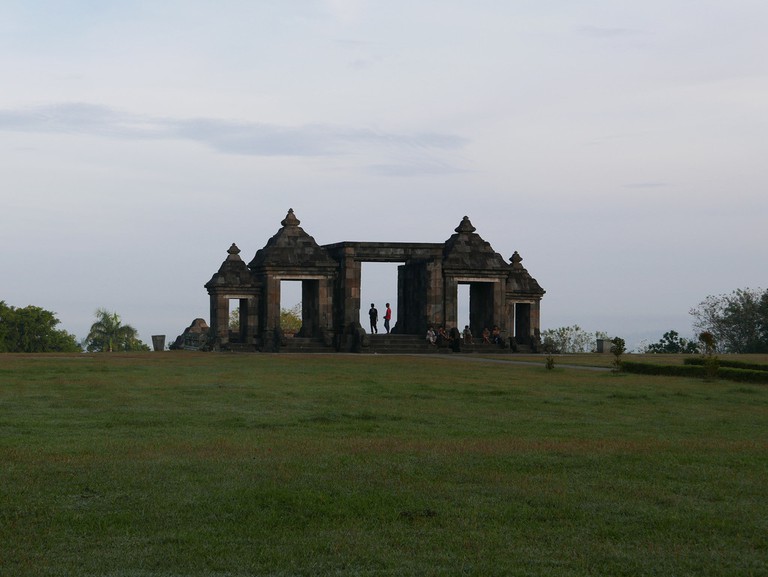 The Dieng Plateau in Central Java is not only known for its raw natural magnetism, but also for its cultural and historical value. The site has four temple compounds that once comprised at least 400 temples. Unfortunately, all but eight temples have fallen into ruins. Experts concluded that the temples were built during the 7th or 8th-century. The original names of the temples are unknown, but it is believed that they are named after the central figures of the Mahabharata epic: Arjuna, Gatotkaca, Dwarawati, and Bima. 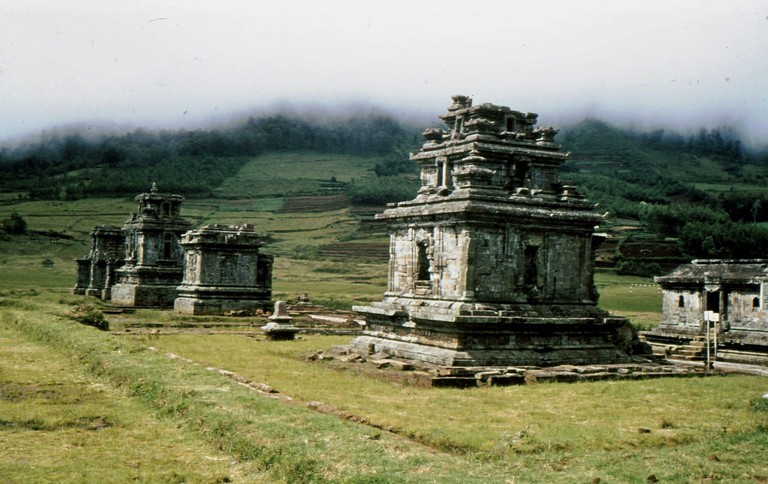 Temples of the Dieng Plateau | © Nick/Flickr

Ancient temple discoveries have always been concentrated in Java, so archaeologists were quite stumped when they found a massive temple complex in Riau, Sumatra. The Buddhist temple compound comprises of several temples and stupas, some are now in ruins, but experts have yet to agree when they came to be —some say the 4th-century, others say the 7th or 11th. The rediscovery of this temple has led historians to believe that the city was once the center of the ancient Sriwijaya Kingdom. Archaeologists have also concluded that the style of this temple resembles the ones in Myanmar or India more than it does other temples found in Indonesia, making it a unique part of cultural heritage.

The function and history of this ruin are yet to be concluded, but the site has always been considered sacred by locals. The area features three hectares of stone terraces, suggesting that it was once a massive building that covers a whole hill’s surface in Cianjur, West Java. Experts have suggested that the site was originally at least 25 hectares wide. Theories and controversies have circulated among locals about the story behind this mind-boggling ruin. If anything, the mystery only adds to the site’s elusive beauty. 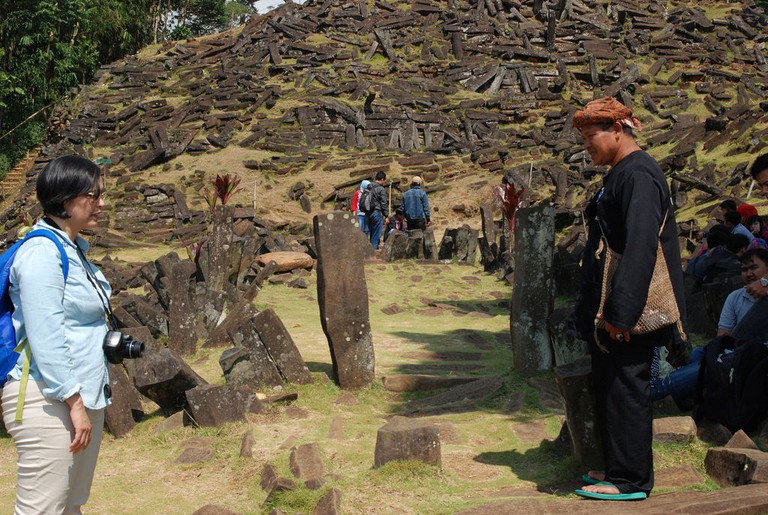 This underground building is not technically in ruins, but it has been abandoned and unused for centuries. Located within the Taman Sari Water Castle in Yogyakarta, this lesser-known underground site is hidden away and the only way to reach it is through labyrinth-like tunnels. It is believed the underground room was used as a hidden mosque that allows the royals and locals to conduct Muslim religious practices without the Dutch authorities’ knowledge during the colonial era. The charming building is still relatively intact with a rustic historical charm, although the tunnels and complex are not as mighty as they used to be. 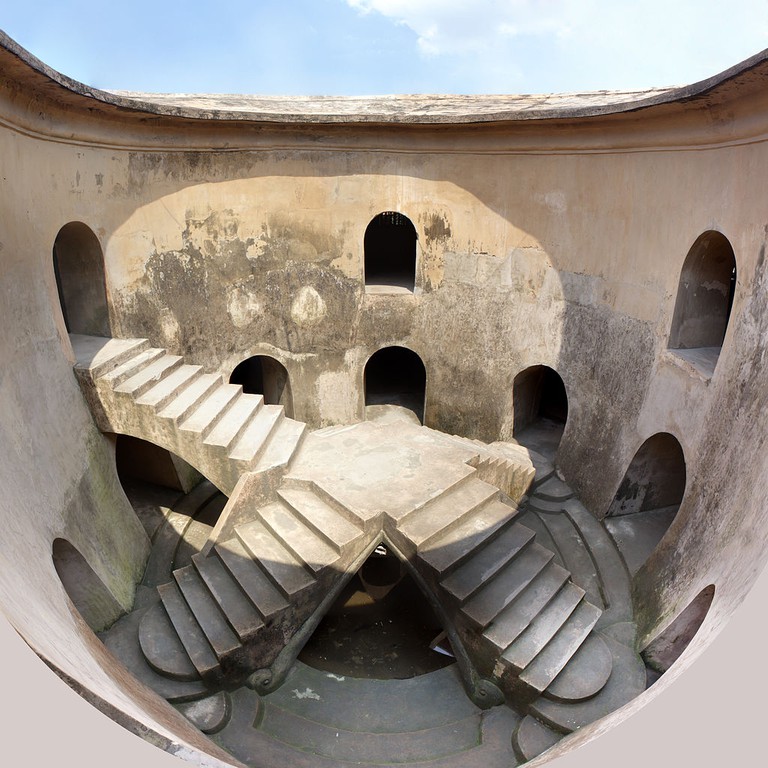