Bandung: Exploring 'The Paris of Java’

Bandung, also known as Parijs van Java or ‘The Paris of Java’, is an increasingly popular getaway just a few hours away from Jakarta. To this day, there are many aspects that make the city deserving of this honorific. From fashion to nature, read on to discover Bandung, ‘The Paris of Java’.

Parijs van Java is not a made-up slogan coined by the local government to boost tourism. In fact, the nickname was made popular almost a century ago during the colonial era. Some traced the moniker to a Dutch businessman who first invented the term to help market his goods. Parijs van Java was then learned and repeated by others, including European tourists who witness the city’s sophistication.

Just like the original fashion capital of the world, Bandung was also a center for the cultivation of fad and design. Records and peoples’ heritage suggest that the high society in Bandung showed immense interest and enthusiasm towards arts and voguish trends.

Compared with any other towns in the Indonesian archipelago, Bandung was probably the most fashionable region at that time, lined with trendy boutiques and high fashion stores, when many other cultures were still living traditionally. Even then, many of the fashion modes and trends were ‘imported’ from none other than Paris itself. 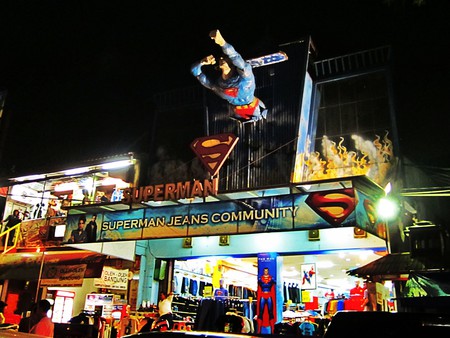 Bandung still stands as modern Indonesia’s kiblah for fashion. Although fashion scenes and industries have evolved in other cities like Jakarta and Bali, Bandung is still home to many labels, producers and designers. Holidaymakers from nearby cities like Jakarta wouldn’t leave Bandung before getting a hold of some stuff from its many, many fashion outlets. Try Cihampelas Street or the ‘jeans street’ for some good-bargain fashion items in Bandung.

Paris’ influence over Bandung doesn’t stop with fashion. During the early 1900s, most buildings in Bandung were built with Art Deco as an architectural reference. These buildings include the popular Savoy Homann Hotel and the iconic De Vries Building, which was the city’s first department store. Beyond Art Deco, most heritage buildings in Bandung reflect European influences in architecture, including the neoclassical or even Gothic style. 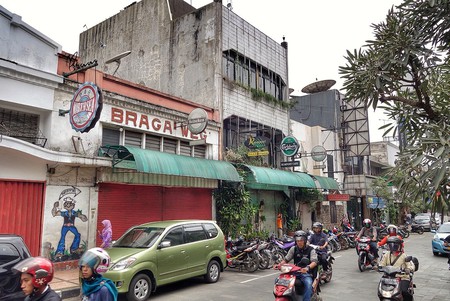 The easiest way to enjoy Bandung’s distinctive and decorative architecture is to stroll by Braga Street, which was one of the old city’s centers of civilization. Many buildings on that street are closed for business or have been repurposed, but their facade is still astonishing to observe.

Even now, architecture is a prominent aspect of the city’s development. The current mayor, Ridwan Kamil, is an architect who has big plans for the city’s grand design. He personally designed new, cool spaces while still retaining and accentuating the heritage buildings with supporting surroundings.

Preceding Bandung’s thriving art and culture scene is its glorious natural landscape. It has a mountainous topography that gives the city stunning natural scenery and much cooler weather, compared with other cities in Java, Indonesia. Those natural and geographical attributes were what first drew the Dutch colonists to the city and made them decide to build and develop it. The cooler climate was deemed more suitable for Europeans. 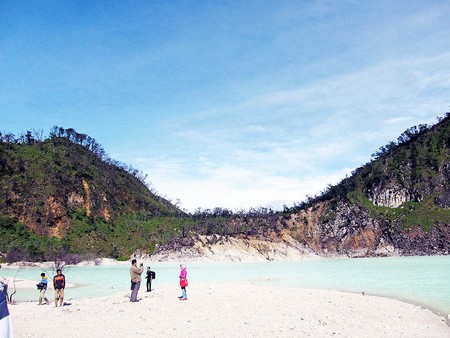 Even today, new natural attractions are still being rediscovered and established. Many popular establishments in Bandung —hotels, restaurants, cafés, art spaces and more—strive to achieve a balance between architectural brilliance, fashionable design and soothing natural views.