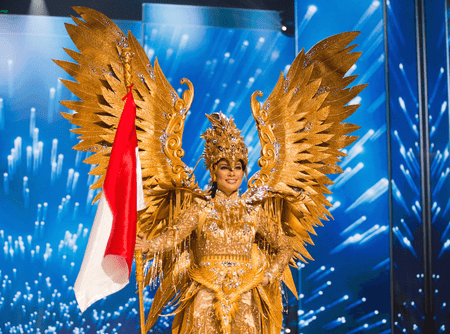 The Miss Universe contest in 2017 is still a little reminiscent of when it was established back in 1952: the same one-sided rules apply, female beauty judged above other values. However, as the competition attempts to modernize by diversifying the contestants’ talent pool, some countries are starting to bring serious edge to the National Costume competition. Indonesia has been particularly daring in the last few years. Their spectacular costumes show off a rounded understanding of art, culture and tradition.

The ancient art of wayang, a form of Javanese puppetry, brings this simple yet bold and warrior-like costume to life. 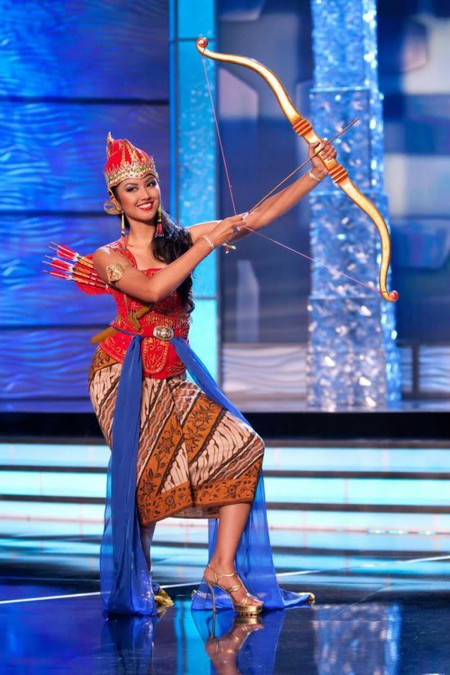 The art of wooden puppetry, traditional to the Sundanese people of West Java, gave inspiration for this subtle costume at the 2011 contest. 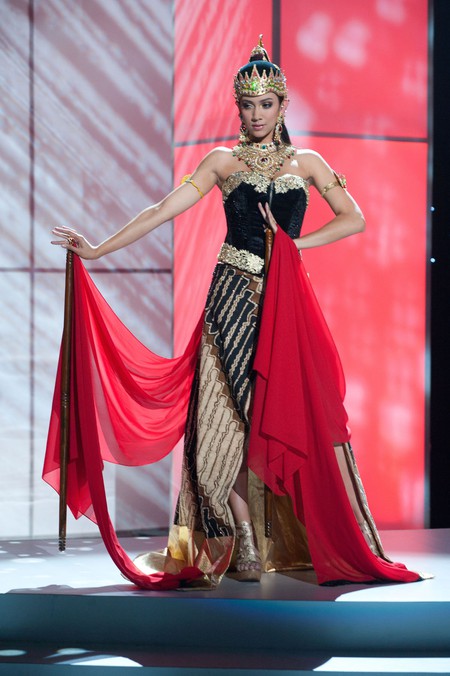 This bird-like dress-sculpture plays on the colors of the Indonesian flag and mirrors the shape of the country’s coat of arms: the Garuda Pancasila. 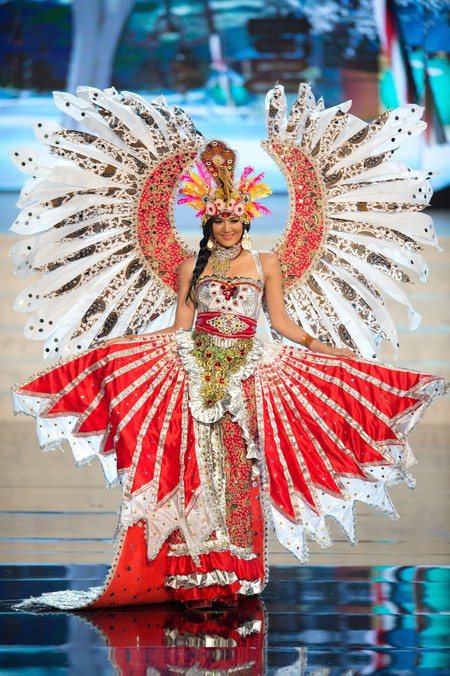 The Reog Ponorogo, a traditional Indonesian dance, is at the heart of this carnivalesque costume worn by Whulandary Herman. 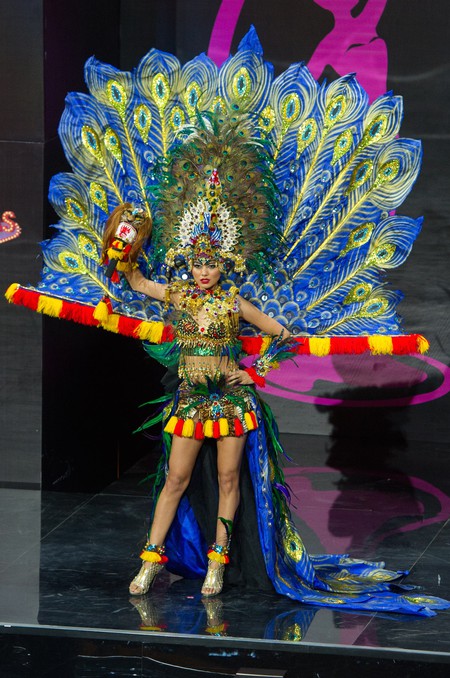 This architectural costume was inspired by Java’s Borobudur Temple, the world’s largest Buddhist temple and one of the most important religious landmarks in Indonesia. 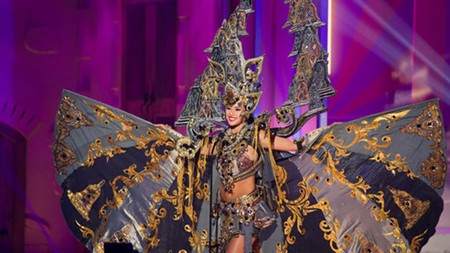 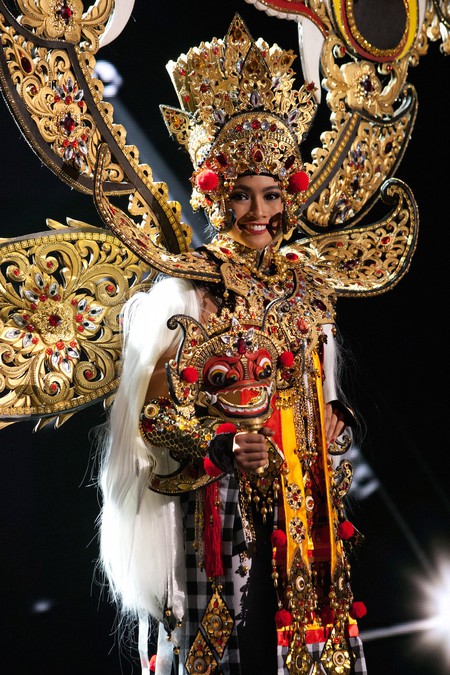 This spectacular costume at the 2017 show represents the idea of “Unity in Diversity”. Indonesia is a vastly multicultural place, yet bound by a sense of one nation, a message all the more important in the current climate of cultural and religious tensions in the country. 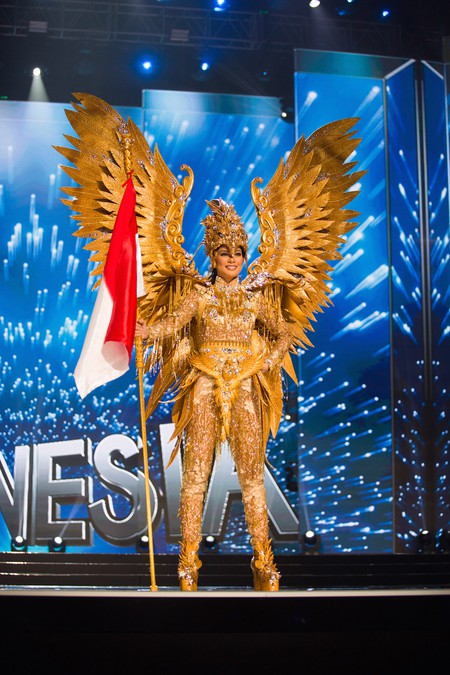