A Guide to Exploring Central Jakarta 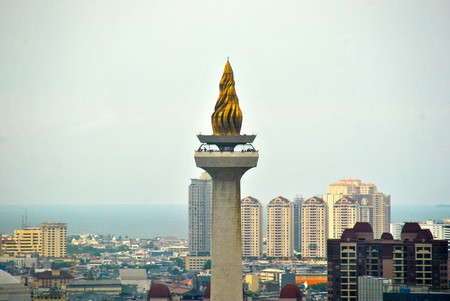 There’s a reason why a place is called ‘central’. In this case, it’s certainly more than just a matter of geographical position; Central Jakarta is arguably the most prominent wedge of the capital. From shopping to exploring the nation’s heritage, read our guide to exploring this vibrant city.

Merdeka Square and around

Merdeka Square sits in the middle of the city, with the National Monument as the bull’s-eye. The towering monument unofficially signifies the city’s focal point, and various everyday activities swirl around it. Morning joggers, military academy, and tourists find their way to the 75-hectare plaza for various reasons. Some for the surrounding shady trees, others for the museum at the base of the monument or viewing deck at the top. 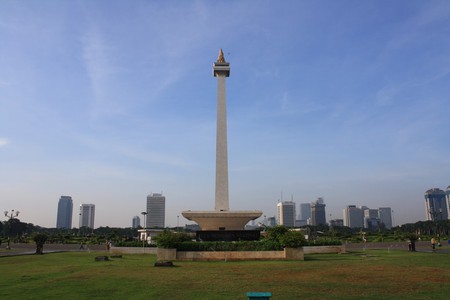 A little way outside the square is where you’ll find more of Jakarta’s historic and important landmarks. Just across the square to the west side is the National Museum, featuring a collection of 142,000 pieces from the country’s different historical eras. The museum paints quite an elaborate picture of the nation’s history in every aspect, from art to agriculture, language to religion. 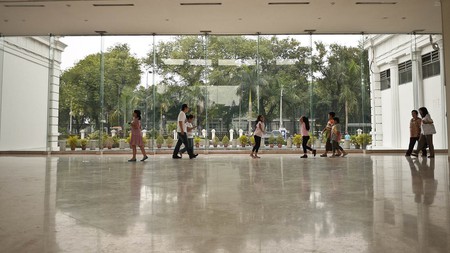 To the immediate north side of Merdeka Square sits the presidential compound in all its glory. The area also houses the Merdeka Palace, Negara Palace, State Secretariat, and more. From outside the ring fence you can see elegant colonial-style buildings in whites and shiny sedans coming in and out of the complex.

The east side of Merdeka Square is home to the National Gallery, a government-run establishment for art and culture. Home to more than 1,700 artworks from the nation’s most respected artists, the space is thoughtfully arranged to tell narratives about different eras and movements of art in Indonesia. From the fabled Raden Saleh and Affandi to emerging contemporary artists. 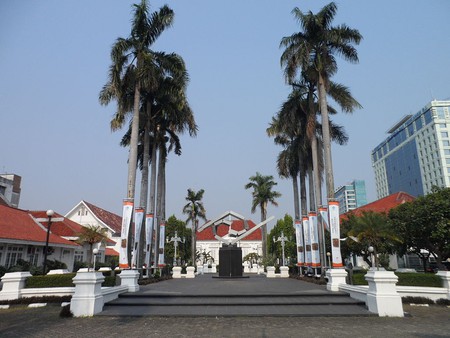 Still in the immediate ring outside Merdeka Square, the south side is lined with governmental and administrative buildings. The National Library is also located on this street, towering at 27 storeys high. With that much space, the library holds a plethora of collections, from monographs to magazines, even painting collections and audiovisual facilities. You can easily lose track of time while wandering from one floor to another, sifting through the collections, or simply admiring the view of Merdeka Square from the big windows.

The houses of worship in Central Jakarta pretty much sum up the nation’s diversity. Just around the corner from Merdeka Square is the grand Istiqlal, the biggest mosque in Southeast Asia. Tourists can visit and take a guided tour admiring the symbol-rich and profound architecture that reflects the nation’s history along with the principles of Islam. As one of the most important landmarks in Indonesia, this mosque has welcomed world leaders including Barack Obama, King Salman of Saudi Arabia, Angela Merkel, and more. 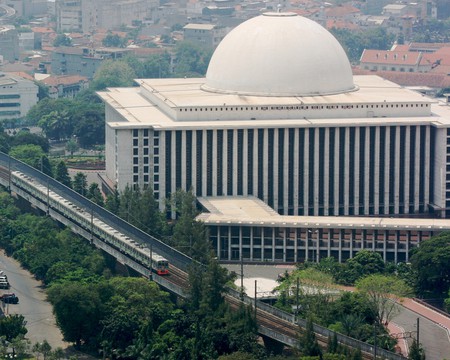 Just across the mosque, a neo-gothic cathedral towers in all its elegance. This cathedral looks more like the old church buildings you’ll encounter in Europe than at the heart of the world’s largest Muslim nation, which makes it even more fascinating. This church also serves as a heritage site and destination, as one of its three main spires houses a museum showcasing relics of Catholic rituals. Another highlight in the vicinity is the Immanuel Church, which is also a heritage landmark built during the colonial era in 1834.

If Jakarta is a shopping paradise, its central district is the cherry on top. The area has more than a dozen shopping malls with varying class and style. Whether you want to shop for luxury brands at Plaza Indonesia or bag affordable batik collections at Thamrin City, the district has got you covered. If you want to experience shopping the locals’ way or happen to need wholesale fashion items and don’t mind the heat or crowd, head to Tanah Abang complex. Sarinah, the oldest department store in the city, is also located in Central Jakarta.

Another shopping highlight in Central Jakarta is Surabaya Street. This antique street market stretches along the whole street, lined with sellers offering many kinds of goods. From delicate ceramics to old kerosene lamp, the market holds hidden treasure refined by time.

Menteng in Central Jakarta is one of Jakarta’s coolest neighbourhoods. Originally a high-end residence for Jakarta’s rich and powerful, this area has also become a lifestyle and culinary heaven. In this neighbourhood you’ll find everything from old legendary restaurants to hip modern bars. Lara Djonggrang and Bunga Rampai can be an excellent choice for fine dining with Indonesian fare. For drinks with a cool crowd, head to Face Bar or ¿Por Qué No?. 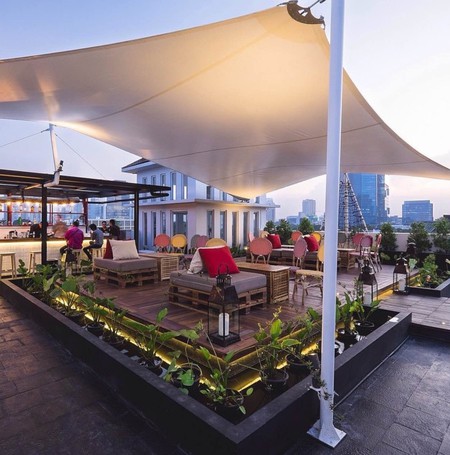 For an even more authentic local experience, head to the bustling street food scene at Sabang Street for dinner. The street is lined with food tents offering anything from Chinese food to local snacks and desserts.