8 Traditions Only People Living in Indonesia Will Understand 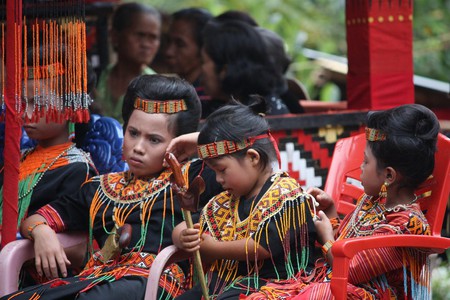 At a Tana Toraja funeral in Indonesia | © Arian Zwegers/Flickr

As home to hundreds of ethnic groups with different histories and customs, Indonesia holds many unique traditions. From walking the dead to spilling blood for soil fertility, discover the traditions only people living in Indonesia will understand.

There are many ways to express one’s faith. Many ethnic groups in Indonesia demonstrate their total belief in God in the most extreme way, giving rise to a fascinating tradition that blends spirituality and entertainment. Known in Java as debus, this tradition involves people attempting to harm themselves — stabbing their chests with a knife, chewing shards of glass, walking through fire, inserting needles into various parts of their bodies. Instead of presenting observers with horrifying gore, all these people remain unharmed, thus affirming their faith that God protects His people. There are different variations of and names for this practice throughout the country. 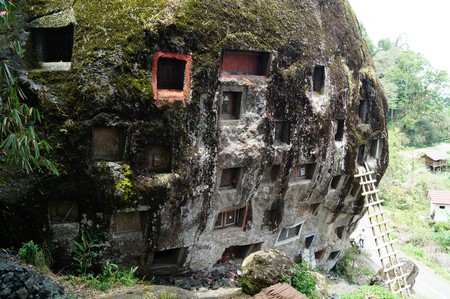 For many, losing a loved one may feel like losing a limb. This is taken quite literally for the Dani people in Wamena, Papua. At the death of her husband, a wife must cut off her finger. It works the other way around if a wife dies and her parents are both deceased, otherwise it is the parents of married daughters who must cut off a finger. This practice is believed to ward off bad luck.

For the Mentawai ethnic group of West Sumatra, alignment of the soul and the form of the body is essential for happiness and fulfillment. One way to achieve this is by modifying the body to put it in order with the soul. For Mentawai women, this means sharpening their teeth. This tradition marks the life and worth of grown women — the sharper the teeth, the more beautiful the woman. Mentawai men tattoo their bodies with traditional marks.

The Hindu and Muslim people of Lombok celebrate their peace and harmony by enacting a war that never really happened. Once a year, the two groups prepare their weapons, the harmless ketupat or topat, a traditional rice dumpling. This particular war is friendly and fun. Laughter fills the air as people gather at the Pura Lingsar Temple carrying their mini ketupat and throw them to the other side.

Twice a year, along with the island-wide celebration of Kuningan, the people of Bongan in Tabanan, Bali, throw money and rice grains into the sky. Balinese believe that their ancestors will descend from heaven on Galungan day, before ascending again 10 days later, during Kuningan. The money and rice are offerings to the ancestors as they go back to Nirvana. The Mesuryak ceremony also serves as a thanksgiving ritual to God and the ancestors.

In the Pasola tradition of the Sumba people, men get on horseback and fight each other with wooden spears — not for their pride, but for the community’s good harvest. The people believe that blood spilled at the ceremony will make the soil more fertile, therefore ensuring a good harvest. This tradition has become quite a tourist attraction.

Nyepi, or the day of silence, is a Hindu tradition celebrated in Bali. It’s considered a national holiday, but since most Hindu Indonesians live in Bali, the celebration is only really evident on this island. Even non-Hindus, including tourists, are prevented from leaving the house. At night, no lights are allowed and the whole island is pitch black, concealing itself from evil forces. The celebration marks the Saka New Year (the Hindu calendar), and many rituals are practiced the day after, including the Omed-Omedan ceremony in Sesetan, where youths gather for a kissing ritual.