Building, Museum, Park
The national monument of Indonesia | © Seika/Flickr
This iconic landmark of Jakarta serves not only as a magnificent viewing deck with unrestricted views of the city, but also a museum depicting the nation’s history. Towering at 115 meters (377 ft) high, the building is also majestic to see from the outside, topped with a flame-shaped gold foil.
More Info
Open In Google Maps
Gambir, Jakarta, Indonesia

Park
A green area in the middle of the busy city, Taman Suropati is more than just a lush tropical garden with a calming ambiance. It also houses six ASEAN monuments placed as a symbol of peace and friendship. During the day, the area is lively with visitors who come to exercise, play music, or sit on the bench and enjoy nature. The park is also home for hundreds of doves roaming around freely.
More Info
Open In Google Maps
5 Jalan Taman Suropati, Daerah Khusus Ibukota Jakarta, 10310, Indonesia
Visit Facebook page

Museum, Park, Building
The Fatahillah Museum in Kota Tua, Jakarta | The Fatahillah Museum in Kota Tua, Jakarta
Jakarta was first established as a capital city by Dutch colonials, and the area that is now called Kota Tua served as the headquarters of the Dutch East India Company. The area has several old, European-style buildings that still stand today. Tourists can tour the place by foot or rent a charmingly decorated bicycle.
More Info
Open In Google Maps
Mangga Besar, Jakarta, Indonesia

Technically still a part of the Jakarta Province, Kepulauan Seribu (Thousand Islands) comprises of hundreds of pristine, idyllic small islands, many of them still inhabited. However, tourism is vibrant in some of the more developed islands, including Bidadari Island, Pramuka Island, and Tidung Island.

Building, Museum
Putu Bagus Susastra Wiguna | © Culture Trip
The National Museum of Indonesia is as intriguing outside as it is inside. The European architecture building houses historic and ancient archaeological collections from throughout the country. It was first built by the Dutch during the colonial era and has been developed further by the Indonesian government after independence.
More Info
Open In Google Maps
12 Jalan Medan Merdeka Barat, Daerah Khusus Ibukota Jakarta, 10110, Indonesia
+62213868172
Visit website

Restaurant, Indonesian, $$$
One of the best restaurants in Indonesia, Lara Djonggrang Restaurant is inspired by the tale of an ancient Java princess by the same name. Guests will be served the most authentic Indonesian food and experience what it’s like to be an Indonesian royal in ancient times.
More Info
Open In Google Maps
4 Jalan Teuku Cik Ditiro, Daerah Khusus Ibukota Jakarta, 10350, Indonesia
+62213153252

Amusement Park
One of the largest amusement parks in Indonesia, Dunia Fantasi has something for everyone, from kids to the ultimate daredevil. Located in the same area, Ancol Dreamland has its share of the city’s stunning coastline, a SeaWorld, and various animals show.
More Info
Open In Google Maps
No. 7 Jalan Lodan Timur, Daerah Khusus Ibukota Jakarta, 14430, Indonesia
+622129222222
Visit website

Cathedral, Museum
Putu Bagus Susastra Wiguna | © Culture Trip
The mighty cathedral stands tall at the heart of the city, boasting tall spires and impressive neo-gothic architecture. Built during the colonial era, many of the cathedral’s materials and pieces of furniture are sourced from the Netherlands, including its massive pipe organ and ornate main altar. One of the spires also serves as a museum that shows Catholic relics.
More Info
Open In Google Maps
7B Jalan Katedral, Daerah Khusus Ibukota Jakarta, 10710, Indonesia
+62213519186
Visit website

Market
Pasar Baru│ | © Everyone Sinks Starco / Flickr
Despite its name that means “New Market”, Pasar Baru is one of the oldest markets in Jakarta. Most vendors have been trading there for generations, from textiles to antiques, Indian spices to electronics. Also packed with small restaurants and food stalls, some tourists even visit this place just for the experience.
More Info
Open In Google Maps
Jalan Gereja Ayam, Jakarta, Indonesia

Park
Despite being a crowded metropolitan city, Jakarta has its share of tranquil nature. A vast and lush mangrove forest located in the northern area offers tourists a much calmer side of the city to enjoy. The forest also shares the neighborhood with some of the city’s best restaurants and cafés.
More Info
Open In Google Maps
Jalan Garden House RT.8/RW.1 Kamal Muara Penjaringan, Daerah Khusus Ibukota Jakarta, 14470, Indonesia
+622129033066
Visit Facebook page

Museum
Putu Bagus Susastra Wiguna | © Culture Trip
Dedicated to Java’s traditional puppet wayang, this museum showcases various kinds and forms of wayang from all over the country. Tourists can learn and observe the country’s lost art that dates back more than 1,500 years. The building itself is of historic significance, built by the Dutch in 1640 as a church before being devastated by an earthquake, repurposed as a research center, then reopened as a museum.
More Info
Open In Google Maps
Daerah Khusus Ibukota Jakarta, 11110, Indonesia
+62216929560
Visit website
Visit Facebook page

Park
This facility is the oldest planetarium in Indonesia, initiated in the early 1960s by the country’s first President, Soekarno. Even so, the planetarium has undergone major renovations and technological upgrades, making it a legitimate place to learn and observe space objects.
More Info
Open In Google Maps
8, 73 Jalan Cikini Raya, Daerah Khusus Ibukota Jakarta, 10330, Indonesia
+62212305146
Visit website

A part of Jakarta Chinatown, Glodok is known as the center of cheap goods, especially electronics. The area is still alive with some of the city’s oldest stores, restaurants, and temples. Tourists can experience service or taste meals from legendary vendors, such as the famous ice coffee from Waroeng Tak Kie that has been there since 1927 and Jakarta’s oldest barbershop Ko Tang, established in 1936. 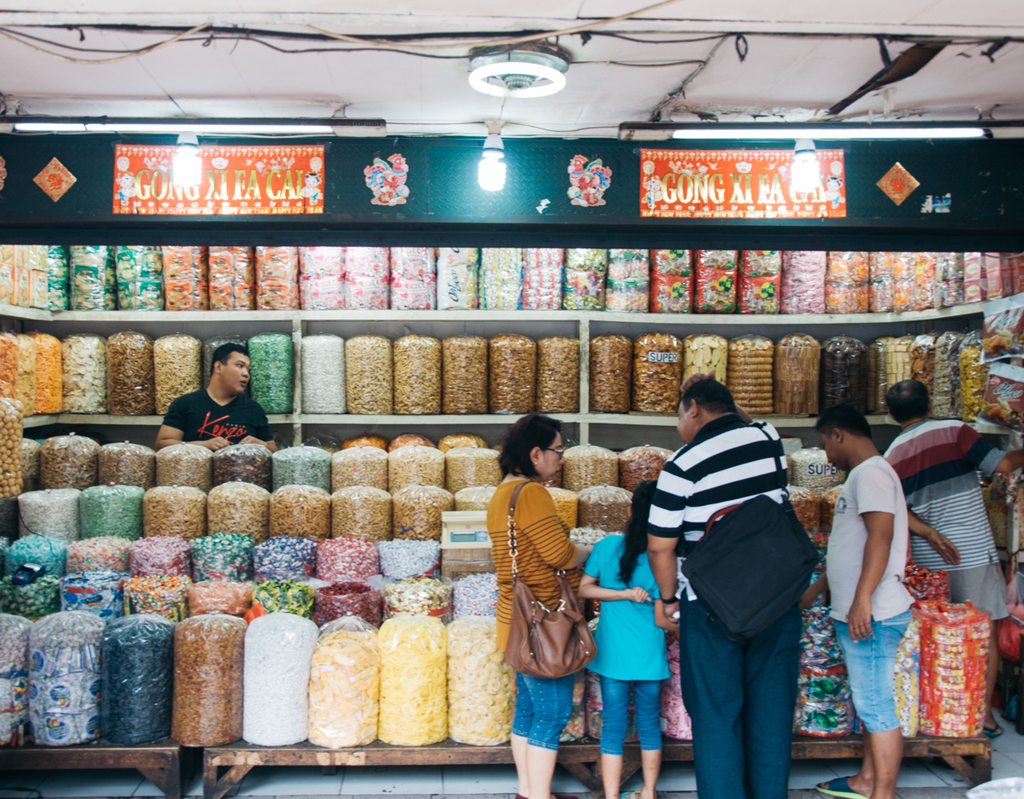 An excellent epitome of Jakarta’s vibrant city nightlife, Skye is a lively bar and restaurant located on the 56th floor of Menara BCA building. The stylishly decorated lounge features a stunning infinity pool that makes the view of the city much more refreshing. The place also serves impressive cocktails and food.

We know one certain thing about sangria: we'll never get enough of it. . That is why tomorrow is another Wednesday reserved for free flow sangria for only IDR 250,000++/pax. We'll see you upstairs! . #skye_56 #madria #freeflowsangria #rooftopbar #rooftoplounge #Ismaya #CreatingTheGoodLife

Memorial
Putu Bagus Susastra Wiguna | © Culture Trip
An iconic building near Fatahillah Museum, Toko Merah (Red Shop) is one of the oldest buildings in the city, catching the attention of tourists with its bright red color. The building has a long history that involves being owned by the most influential Dutch governors and a Chinese local, giving the building its unique European-Chinese style. It is considered mystical and even haunted by some locals, adding intrigue to the interesting building.
More Info
Open In Google Maps
3 Pinang Siang, Daerah Khusus Ibukota Jakarta, 11230, Indonesia
Visit Facebook page