10 Stunning Volcanoes in Indonesia That Deserve a Visit

Mount Agung in Bali seen from Mount Rinjani in Lombok | © Rosino/Flickr
Located in the most active seismic region on the planet called the Pacific Ring of Fire, Indonesian volcanoes aren’t only the most exquisite, they are also the most dynamic and busy. For adventurous tourists, these are the most stunning volcanoes in Indonesia that deserve a visit.

Gunung (Mount) Rinjani is the second highest volcano in Indonesia, located in the beautiful island paradise Lombok. The beautiful nature that surrounds the mountain has inspired local and international tourists to visit even for just a short hike around the mountain’s hills. However, an unparalleled beauty awaits those who are determined to reach the summit. The mountain has an exquisite crater lake called Segara Anak on its summit, with stunning blue water and lush greeneries on the surrounding hills. 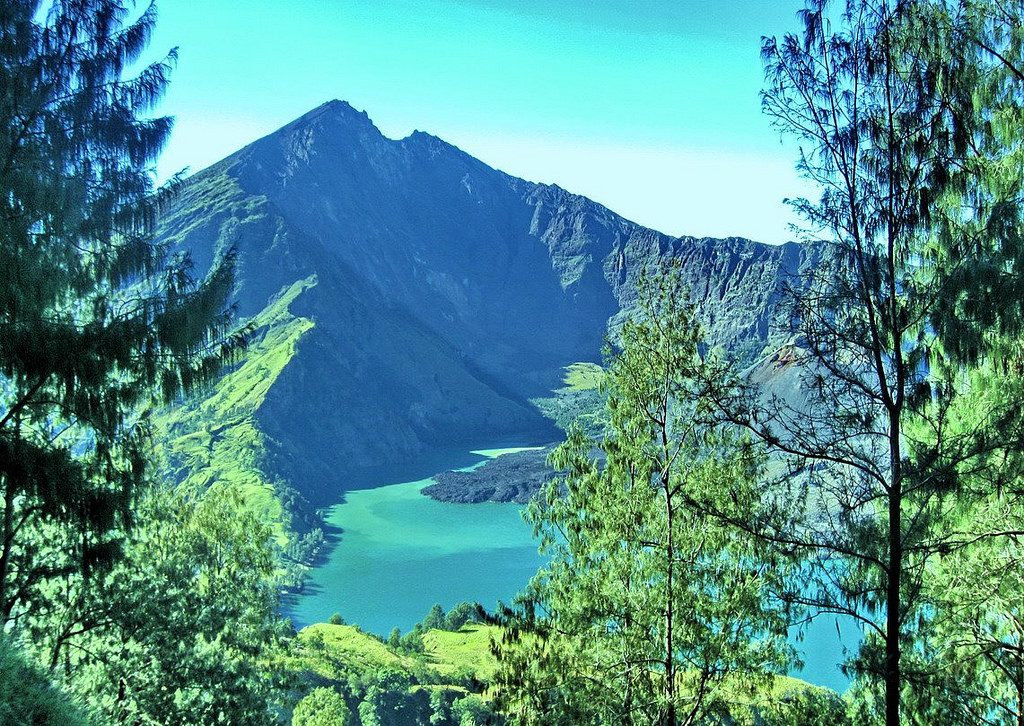 Natural Feature
Blue fire of Mount Ijen in 23 May 2016, Kawah ijen, Java, Indonesia. | © MTS_Photo / Shutterstock
A hike through Mount Ijen will not only reward visitors with a breathtaking nature view and cool breeze but also with rare blue sulfur flames blazing at its caldera. Local and international tourists have hiked this mountain for a sight of the otherworldly phenomenon and were not disappointed. Visitors can also bring back souvenirs sold by miners on the mountain, adorable statues carved from sulfur.
More Info
Open In Google Maps
East Java, Indonesia
View menu
Visit website
Visit Facebook page
Send an Email
Give us feedback

Gunung Agung is the highest point on the island paradise of Bali. Cherished for more than its natural beauty, this mountain is considered a sacred site by Balinese; their very own Olympus where the deities set their throne. This mountain’s spirit is honored in Balinese temples, and the mountain itself is home to the island’s largest temple or ‘Mother Temple’, Besakih. Due to its challenging landscape and sacredness, hiring a local guide is mandatory when hiking this mountain. 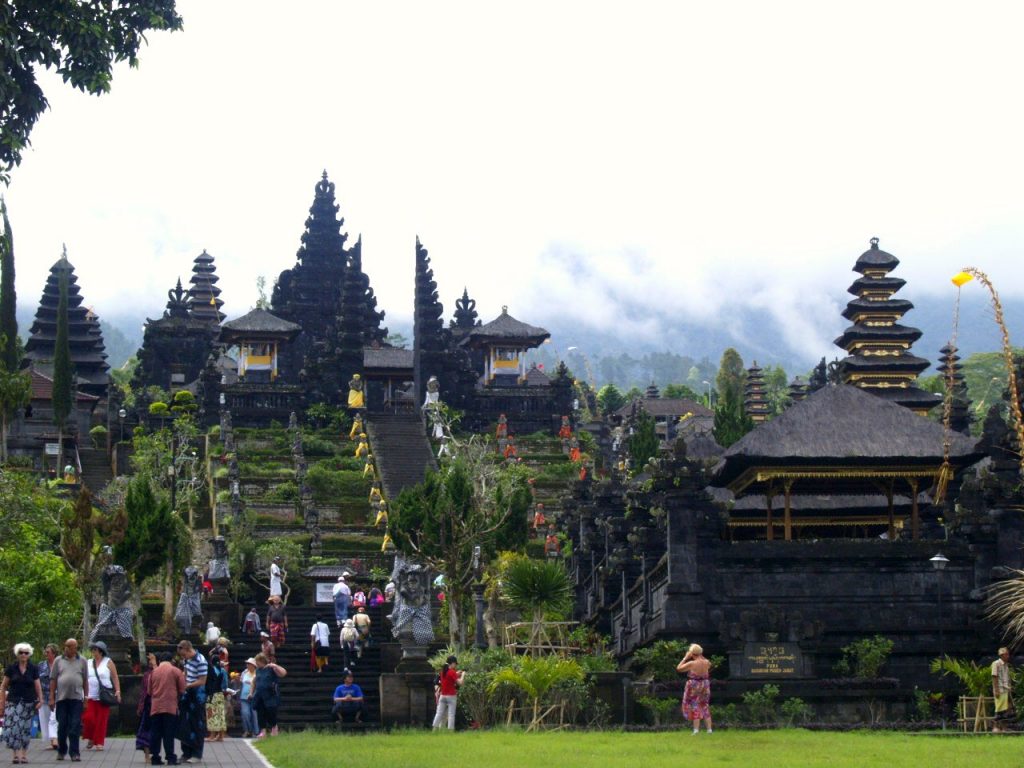 Mount Bromo is one of the most visited tourist attractions in Indonesia. It is located on a dense caldera in the middle of a “Sea of Sand” plain, offering a stunning view of various mountainous structures in one frame. Bromo is also preferred because reaching the summit could be effortless —tourists can rent a jeep to a sand area near the mountain, continue with a horse-ride, then a climb through the stairs to the crater. 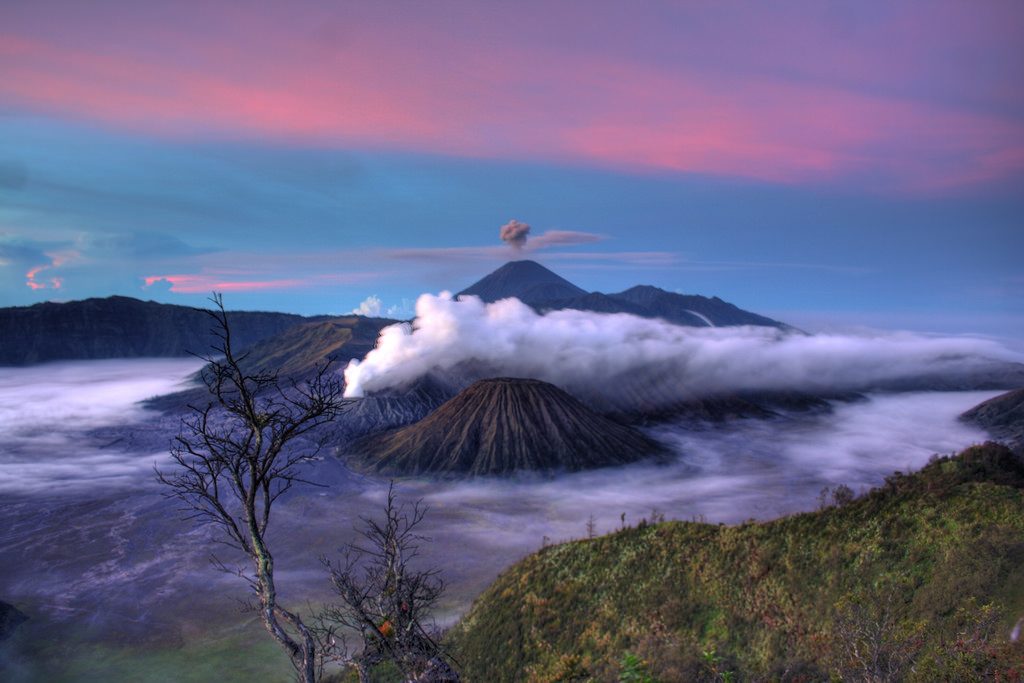 Merbabu is one of the most popular hikes in Java at 3,142-meters, high enough to tower over other mountains visible in the surrounding area. A hike to the summit will presents visitors with beautiful savannah, hills, lush vegetation and a view of other mountains in the background. The mountain has five stunning calderas and a vast edelweiss field near the summit. 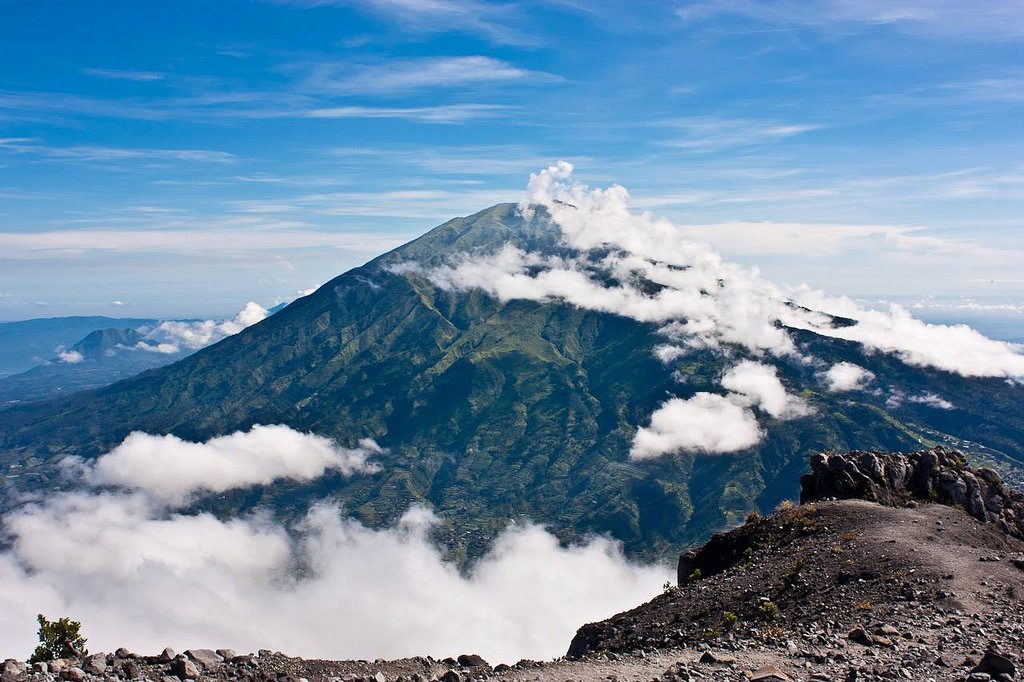 One of the most popular spots for sunrise in Bali, the hiking trails for this mountain are often packed with tourists. Despite being 1,717-meters high, a hike to the summit can be completed in less than three hours. Located in one of the biggest calderas in the world, Mount Batur owes its natural beauty to its surrounding sister peaks. Aside from the cool crisp mountain air and stunning ‘double caldera’, visitors will also be greeted with the majestic view of Mount Abang in the background. 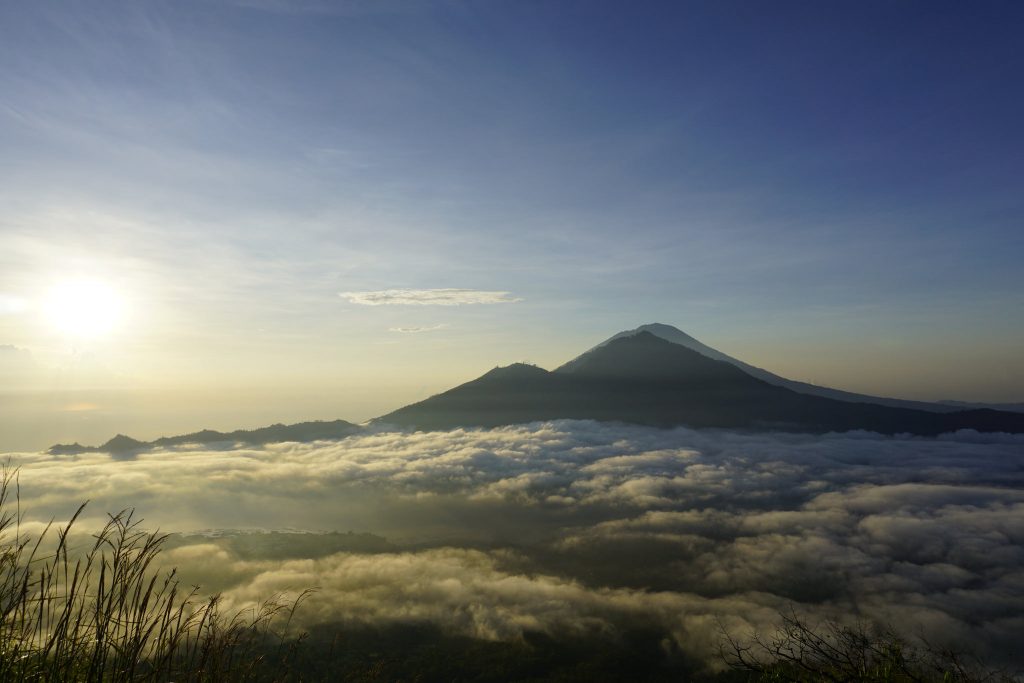 Natural Feature
Mount Gunung semeru, Tengger Semeru National Park in East Java, Indonesia. | © People Image Studio / Shutterstock
Semeru is the highest peak in Java and the third-highest in Indonesia, placing it favorably on the list of stunning volcanoes to conquer in Indonesia. Its natural features do not disappoint, with vast savannah, stunning slopes, gorgeous freshwater lake, and a Brazilian verbena field before the summit. Hiking this mountain can be dangerous depending on the volcanic activity, so it’s best to check the status before embarking on the journey.
More Info
Open In Google Maps
East Java, Indonesia
View menu
Visit website
Visit Facebook page
Send an Email
Give us feedback

Meaning “the mountain of fire” in local dialect, Merapi is one of the most active volcanoes in Indonesia. The latest large eruption was in 2010, killing more than 200 people including the mountain’s elder gatekeeper, Mbah Maridjan. The mountain has been relatively quiet ever since, making it possible to hike up to the crater rim. Visitors can also explore the ruins of civilization that were once alive around the volcano before the last eruption. Some parts of the mountain are now a popular geo-tourism destination also serving as a conservation and educational site. 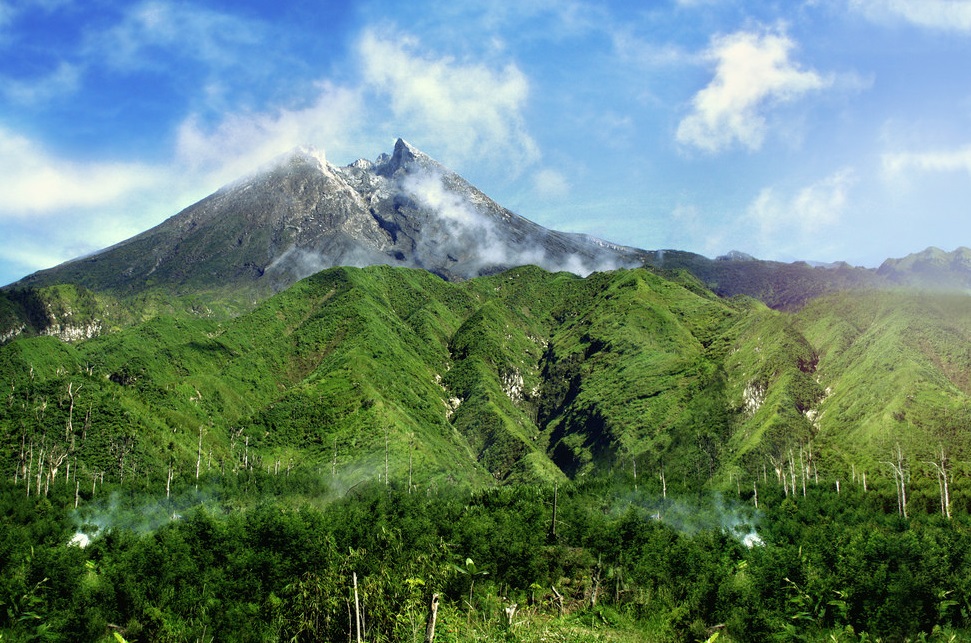 Natural Feature
Mount Kerinci viewed from Pelompek, Sumatra, Indonesia. | © Shannon Granger / Alamy Stock Photo
Mount Kerinci is the highest volcano peak in Indonesia, located in the island of Sumatra. At the summit, visitors can enjoy an unrestricted view to its surrounding cities, even the Indian Ocean. It has a large crater with brilliant green water, located near a clear swamp lake called Bento. But perhaps the most anticipated charm of this mountain is the thriving wildlife. Mount Kerinci is the natural habitat of the protected Sumatran tiger and rhinoceros, as well as other birds and wild species.
More Info
Open In Google Maps
Jambi, Indonesia
View menu
Visit website
Visit Facebook page
Send an Email
Give us feedback

Located in West Nusa Tenggara, this volcano is responsible for the largest volcanic explosion ever recorded in history in 1815, killing at least 71,000 people with an eruption that could be heard over 2,000 kilometers away and causing a “Year without Summer” around the world, the following year. The tragedy left an impressive natural relic, an enormous crater as wide as seven kilometers. Since the big explosion, Tambora is now relatively calm and safe to hike.