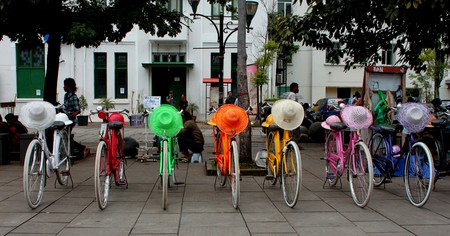 The diversity and sophistication of Indonesia’s culture may lead tourists to confusion. Sometimes partial experiences and judgments beget stereotypes, ones that may inhibit you to understand and appreciate a certain nation. Read more for common stereotypes all Indonesians hate.

Indonesians laid tourist traps all over their country

Some tourists have left the country with stories about traps or even scams, causing some people to fixate on such reports as a representation of the country’s tourism landscape. And while, unfortunately, that does happen, there are far more trustworthy and legitimate tourism services than the ones that took advantage of out-of-towners. In fact, many more tourists are satisfied with the friendliness and hospitality of locals. And even when visitors find themselves in a confusing scenario, most of the time such “traps” can be avoided altogether by communicating prices beforehand, asking questions, and reading reviews before choosing a service. 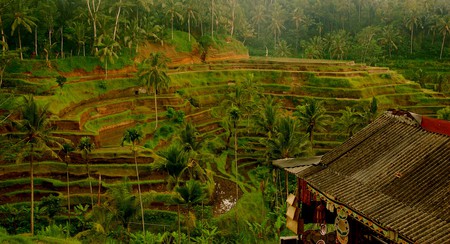 Some foreigners may have a mental image of Indonesian women wearing headscarves and long dresses. Some tourists may even feel compelled to dress as conservative as possible to respect the local culture. And while a modest attire is considered more polite (as with anywhere in the world), no one is judging anyone for wearing anything. In the big cities such as Jakarta, Surabaya, Bali, and more, visitors will see the majority of locals often walking around in jeans and a shirt, with many even wearing imported brands. Tourists can also enjoy a vibrant nightlife in certain parts of the city and have a good time with some local friends.

First of all, it should be noted that Indonesia is a secular state by law—it is not a Muslim country, even though it hosts the biggest Muslim population in the world. Religion may have its influences on the country’s philosophy and regulations, but with the exception of the Special Region of Aceh, the nation is governed by principles of democracy and humanity. It’s also important to remember that the state officially acknowledges other religions, including Christianity, Catholicism, Hinduism, and Buddhism.

Indonesians are either Balinese or Javanese

The truth is that there are at least 300 ethnic groups in Indonesia, each with their own unique culture and customs. For tourists who have only visited the country’s main tourist attractions, the chance of encountering Balinese or Javanese people is actually high, but do not fall into the stereotype that will hinder you from appreciating the country’s rich diversity. 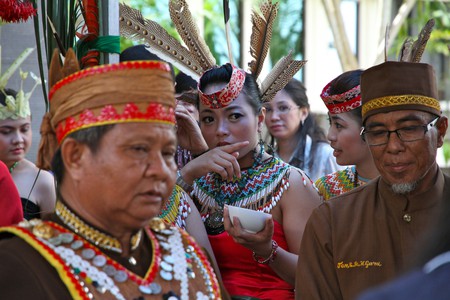 Indonesians live in trees with no electricity

While there are still many ethnic groups who live traditionally with little to no modern technology, many parts of the country are now well developed. Indonesia has several big cities dense with shopping malls, hotels, and other modern facilities. And even the smaller towns have electricity and internet connection.

Not only that, Indonesians make up a large part of global netizens, being the biggest market for Instagram in Asia Pacific and one of the most active markets for e-commerce, proving that many of the citizens are tech-savvy with ample technology.

The image of Indonesians being uneducated is consistent with the general stereotype that the nation is widely traditional, remote, and uninformed. In reality, Indonesian kids are required by regulations to attend at least nine years of school. And that’s just the bare minimum—the number of youngsters who enter college is rising with every generation. Also, both state and private institutions are adding new programs and facilities every year. In addition to that, many wealthy Indonesians go as far as Europe or the United States to acquire higher-quality education.

Sadly, poverty is, indeed, a present social issue in Indonesia. But the generalization that Indonesians are poor is not true. The country has a growing consumer class and professionals working in big international industries. As a country, Indonesia also has a strong economic growth and one of the highest GDPs in Asia. 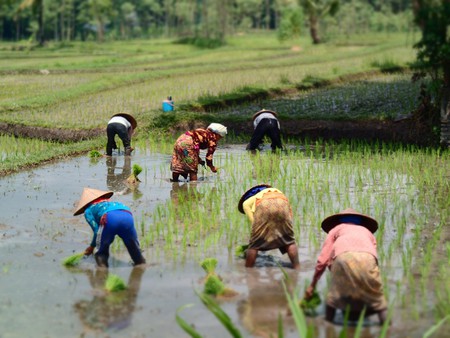 Of all the country’s charms and achievements, netizens continue to refer to Indonesia as the “wkwkwk country.” Actually, “wkwkwk” is a form of laughter exchanged through chats or texts. No one really uses it or even knows how to pronounce it in real life, and even among Indonesians, the laugh is considered tacky. Most people stick with the regular “hahaha” both in text and real life. 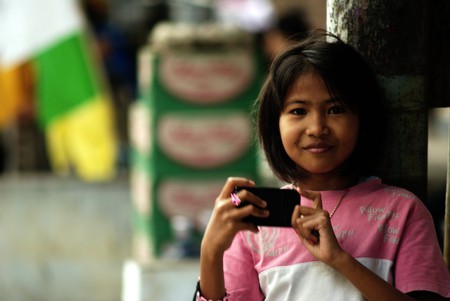 A young Indonesian girl with a phone | © Farhan Perdana (Blek)/Flickr

This stereotype is one held by both foreigners and fellow Indonesians. While punctuality may not be the nation’s foremost virtue, there are numerous Indonesians, especially professionals, who do not deserve the generalization. Just assuming that an appointment with an Indonesian will always start late is a mistake that you do not want to make. Also, you don’t want to be a tourist who misses the train or the beginning of a show just because you thought it’s going to depart or start late.

Some tourists have made the mistake of thinking that in Indonesia, money can solve everything. But many times, it’s better to follow the legal or official procedure to solve problems, as you may get into even more trouble for trying to bribe an official.