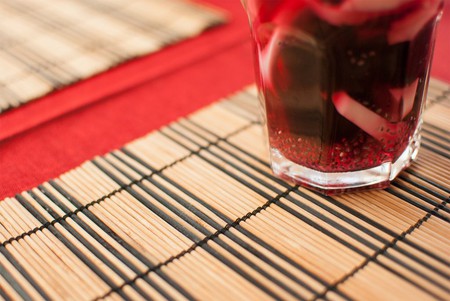 Indonesia’s many delicious dishes are gaining popularity in Asian countries and globally. But often forgotten is the equally-refreshing, culturally significant local drinks that have accompanied the life of locals for decades, even centuries. Discover the local drinks all Indonesians love (and you will, too!)

Bajigur is a traditional hot beverage native to the Sundanese people of West Java, Indonesia. The drink is made from coconut milk, Aren sugar, ginger, a little salt, and sometimes pandan leaves or coffee. The traditional drink is especially popular in the highlands of West Java where the temperature is often freezing, as the drink has a natural warming effect from the ingredients. Bajigur is also consumed as a medicinal drink known to help reduce arthritis pain, improve blood circulation, and treat digestive problems. 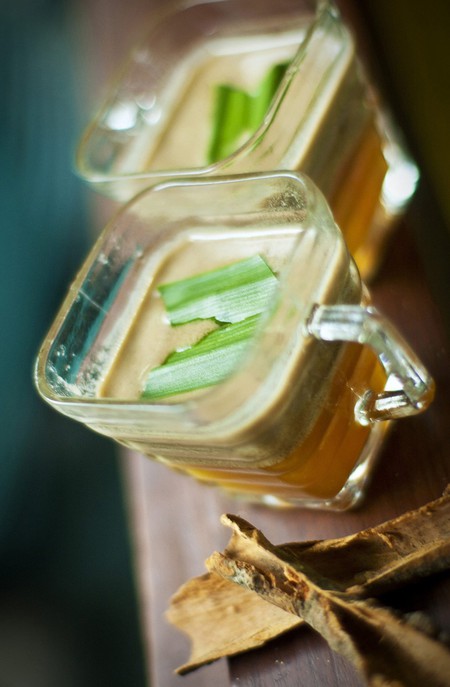 This traditional herbal drink originated from ancient Java civilizations and has a wide variety of recipes. Its efficacy to treat various illnesses has stood the test of time, making the beverage widely consumed by locals. Jamu can be formulated with combinations of natural ingredients, from seeds, roots, flowers, fruits, and leaves, according to the benefits expected. Today, Jamu can still be purchased in some traditional markets. Some extracts are manufactured as powder and can be conveniently brewed at home. Many Indonesian modern medicines are also based on Jamu ingredients and concept. 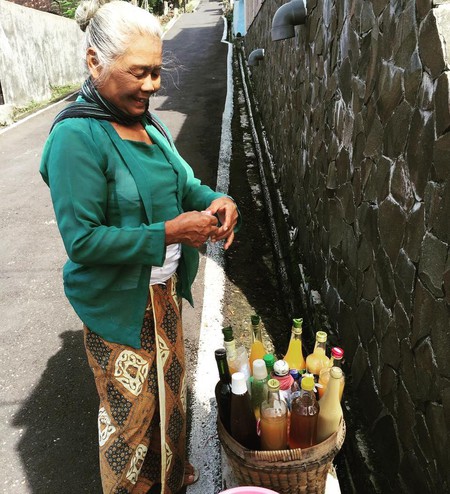 Long before American soft drinks enter the Indonesian archipelago, the nation has already enjoyed their own traditional carbonated drink in the early 1980s. Carbonated temulawak is made from Java ginger plant (Curcuma xanthorrhiza), a rhizome plant known for its anti-inflammatory and diuretic properties. The sweet-tasting beverage can still be found in traditional restaurants, usually served with ice for a refreshing effect.

Arak is Bali’s traditional spirit fermented from white rice. This alcoholic beverage is originally used for rituals and traditional ceremonies, before being widely consumed and manufactured modernly. Today, this drink is a popular souvenir among international tourists to take home, due to its unique taste and cultural significance. More than just a recreational alcoholic beverage, arak Bali is also consumed to warm the body during cold weather and relieve nausea.

A traditional alcoholic beverage loved for its sweet taste, Brem beverage is originally an offering used for Balinese temple ceremonies, sometimes to replace blood. The beverage is formulated using fermented black and/or white ketan (glutinous rice). Brem is also consumed as a solid snack in some parts of Java. It has alcohol content ranging from 10-25%, lower than its counterpart arak Bali.

During the Dutch colonization era, many Indonesians are forced to cultivate coffee without being allowed to even taste the much-loved bean. One day, a coffee farmer noticed the droppings from a certain type of civet called luwak contain intact coffee beans. Curious, the farmer washed and brewed the coffee cherries. Little did he know, the coffee he created that day is now cherished even more than regular coffee and regarded as the most expensive coffee in the world. Turns out, the fermentation process that occurs inside the civet’s digestive system gives the coffee a certain unique, lightweight taste that many people love. 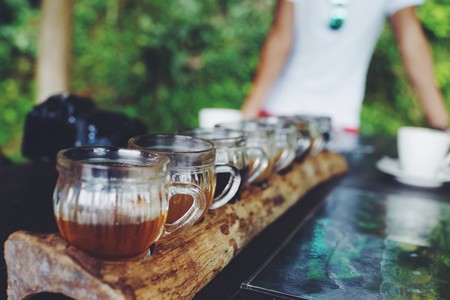 This refreshing cold drink is not only a favorite in Indonesia, but also in other southeast Asian countries. The beverage features green worm-like jellies made from rice flour and pandan leaves. To make the drink, the jellies are soaked in coconut milk mixed with palm sugar and ice. The cold beverage can be served as dessert or snack, ideally during noon when the temperature is hot.

Wedang ronde is a traditional hot dessert suitable for cold nights or rainy days. It contains peanut-filled glutinous rice balls soaked inside ginger and lemongrass juices mixed with sugar. Some literature suggests that this beverage originated from an ancient Chinese dynasty before being brought into the archipelago and modified as seen fit by locals. 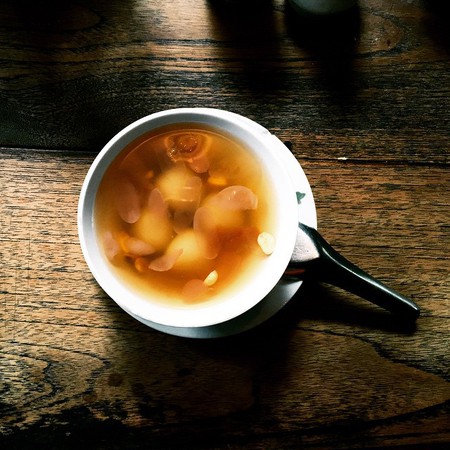 Es Kelapa Muda (young coconut ice) is a popular beach drink in many tropical countries, but Indonesian coconut drink has its own unique characteristics. Coconut ice is often served with palm sugar or white sugar, orange juice, lemon, or sweet condensed milk. Young coconut also has a thick fruit flesh that you can scrape from the coconut’s inside. 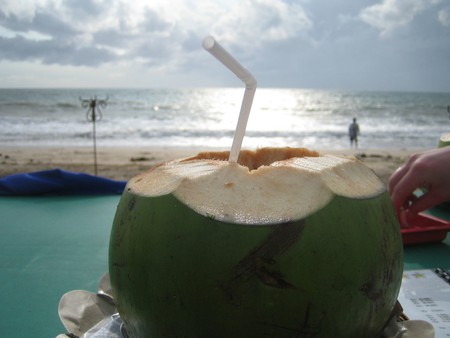 Young coconut ice on the beach

This colorful dessert has everything from red tapioca pearls, avocado, fermented cassava, black glutinous rice, jackfruit, pink syrup, and diced bread. The main liquid is refreshing coconut milk-based ice. Customers can choose what ingredients to include or opt for all of them. The dessert can be found in many Indonesian cities sold in vendor carts or even restaurants.