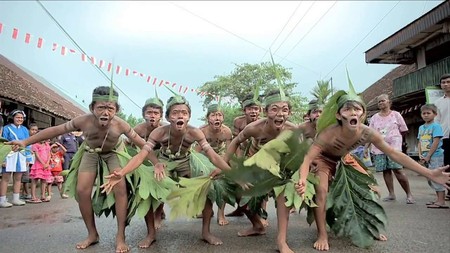 Whether you’re culturally curious or just searching for exotic entertainment, Indonesian films are worth watching. From rural traditional villages to the Big Durian metropolitan, these films capture what life is like in the sprawling, diverse archipelago. From drama to documentary, discover quality Indonesian films you need to watch right now.

This is a tragic and human story about three kids’ struggles with poverty and longing for motherly affection. Heru, Sugeng, and Kancil are no strangers to a tough life on the streets, where they sell marijuana for a living. The film depicts their day-to-day and often illegal hustles and the reality of being poor in 1997 Yogyakarta. This internationally-acclaimed film cast local street children instead of child actors, which gave it a rare sense of authenticity that is worth checking out. 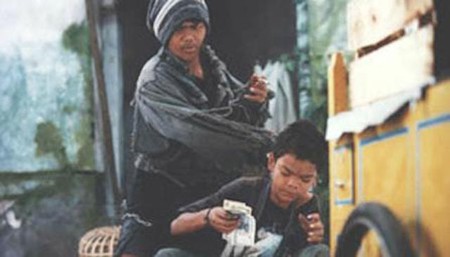 Based on a bestselling book with the same title, The Rainbow Troops shed light on life in Belitong, a remote island in Sumatra. The story revolves around a group of village children with their everyday struggles pursuing education and dreams bigger than their hometown. This heartwarming coming-of-age story also subtly deals with social issues like poverty and corruption in seemingly innocent everyday settings. The phenomenal book and movie prompted the rise of Belitung as one of Indonesia’s up-and-coming tourist destinations, with virgin beaches and charming villages that are featured in the movie as well. 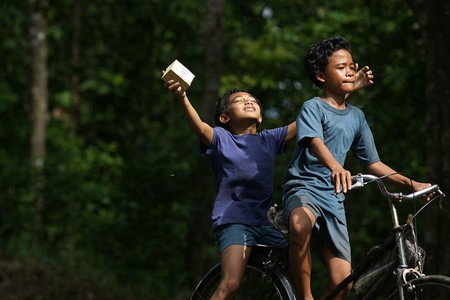 This film is not your typical romance melodrama (but that doesn’t mean it will not induce emotional tears). Dealing with polygamy as a pertinent social issue in Indonesia, this movie tells the stories of three women with different lives, ages, ethnicities and cultures, with only one thing in common: they all have a husband who practices polygamy. This film elaborates the everyday realities of polygamy from the female perspective and has received awards nationally as well as internationally.

This drama was particularly highly anticipated because it was based on the beautiful love story between Indonesia’s third president Habibie and his late wife Ainun. It depicts Habibie’s youth, based on the memoir he wrote about Ainun. The movie was shot in Indonesia and Germany, with pleasing settings and swoon-worthy exchanges between the two lovebirds. More than a love story, the film is also about striving to reach big dreams, as it also touches on Habibie’s career as an aircraft engineer and president, as well as Ainun’s life as a successful doctor. 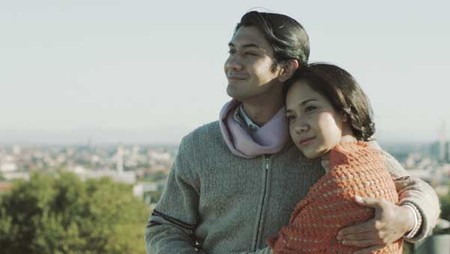 Pakis is a young Bajau girl, an indigenous community of nomadic sea gypsies in eastern Indonesia. Ever since her father got lost at sea, Pakis has been looking for him using mirrors, but to no avail. This film is both an emotional coming-of-age story and an environmental piece with mesmerizing visuals of Indonesia’s vast and beautiful open sea, not to mention the accurate, well-researched cultural insights. The Mirror Never Lies frequents international film screenings, such as Busan, Vancouver, and the Melbourne Film Festival. 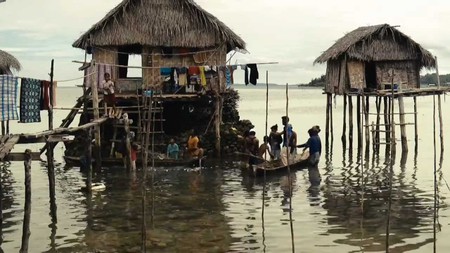 The Act of Killing

Even though it happened five decades ago, the mass killings of 1965 in Indonesia still shapes the nation’s psyche and discourse. The Act of Killing is a documentary that tackles the unspoken perspective of individuals who participated directly in one of the nation’s greatest tragedies. When it first came out in Indonesia, the film was met with a lot of resistance, proving its real value in conveying the unspeakable. Directed by Joshua Oppenheimer, this documentary won several awards including Best Documentary at the 67th BAFTA Awards and also at the 2013 European Film Awards. 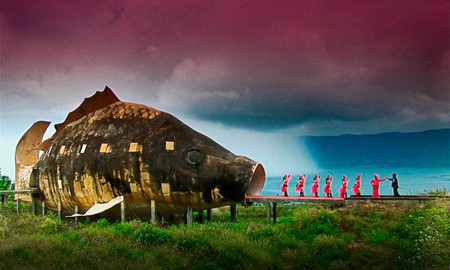 When it was released in 2002, this teen drama quickly became a sensation; not only among youngsters who might find the storyline relatable, but also among all kinds of grownups who enjoy the nostalgia. The tumultuous (and not at all cheesy) love story between Rangga and Cinta was accompanied by original songs by Indonesia’s renowned musician Melly Goeslaw, which helped draw virtually everyone in the country to watch. Its sequel was released more than a decade after in 2014, with the same characters but in a more mature setting and storyline, and it once again became a big hit.

The raid is the first Indonesian movie to enter the US box office, and it even managed to secure the position as the 11th most-watched movie at the time. The Raid tells a story about a special force team whose mission is to apprehend an entire mafia gang and clear their hideout. This action movie supports its thrilling plot with some riveting fight scenes that highlight pencak silat, Indonesia’s traditional martial art. Its debut in foreign box offices and international film festivals contributed to promoting pencak silat as an increasingly popular sport in many Western countries. 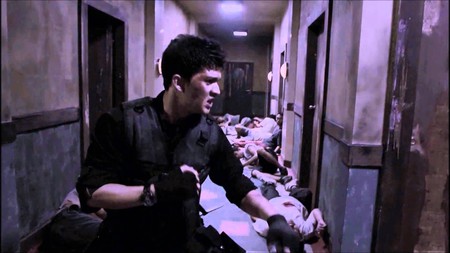 Considered ahead of its time (in terms of cinematography and cultural and social themes), The Gathering boldly depicted relationship, homosexuality, and adultery in the lives of its three rich, youthful main characters. The film showed an honest peek at Jakarta’s high society culture and its dynamics, including the internal struggles of coming out as gay in Indonesia. This drama comedy won many prestigious awards and drew so much enthusiasm that it was later turned into a series with the same name and success.

This film depicts life in Papua, a remote, beautiful, but underdeveloped region in eastern Indonesia. The story revolves around Denias, a native boy who struggles just to attain basic necessities in life, including a proper education. Based on a true story, this film is an important reminder of humanity, social injustice and inequality. However, Denias is also a lighthearted, hopeful movie that seeks to inspire, often featuring the magnificent natural beauty of Papua in frame.