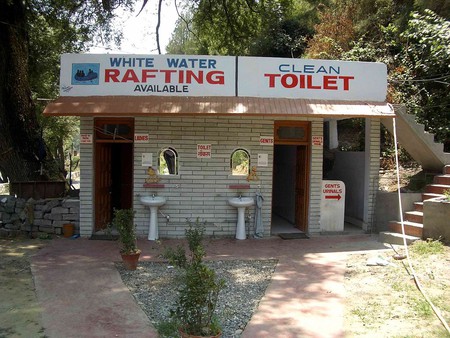 Now finding a public toilet near you in India’s capital has become as easy as searching for a bank, cafe or restaurant, all thanks to Google Maps. About 333 public toilets in Delhi can be located on the service. So, next time you immediately want to attend to nature’s call, when in Delhi just tap Google’s search bar.

Taking a step towards Digital India, an initiative that promotes the use of digital platforms, and Swachh Bharat Abhiyan, which aims to create a cleaner environment, the New Delhi Municipal Council (NDMC) teamed up with Google India and launched a ‘Toilet Locator Awareness Campaign’ to help people in Delhi find public toilets in their area.

Under this campaign, about 333 community toilets and loos at railway stations, petrol pumps, malls and bus stands across Delhi can be found on Google Maps. They join those toilets across the NCR (National Capital Region, which includes Gurugram, Noida, Ghaziabad and Faridabad) which can already be found on the tech company’s mapping service, to make the total number geo-tagged over 5,000. This service is available in English as well as Hindi. Also, according to India’s Ministry of Urban Development, the initiative will be extended to other parts of India soon.

How to locate a ‘public toilet’ near you?

Just go to ‘Google Maps’ and type ‘public toilet’, ‘toilet’ or ‘sulabh’ (which means accessible), and you’ll receive a list of all the public toilets near you, along with their opening hours, address and distance from your location.

Another way to locate a public toilet near you is to use the official mobile app of NDMC – NDMC311. 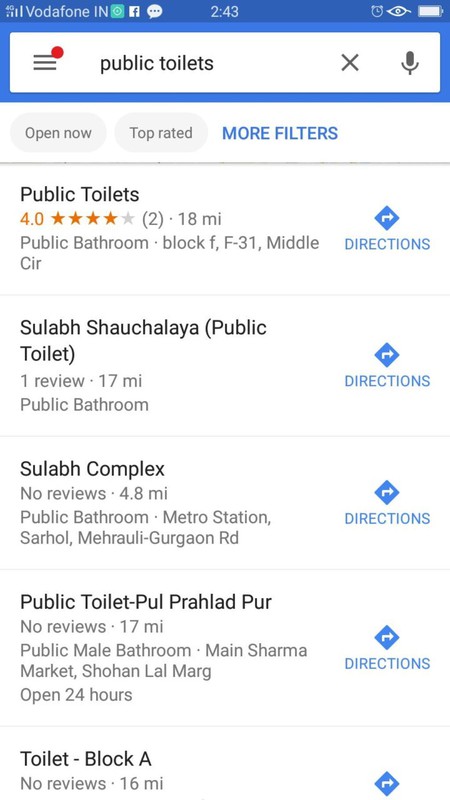 What’s on the way?

The NDMC is in process to build 109 ‘smart toilets’ across Delhi and NCR equipped with a myriad of facilities, for instance ATMs, digital health clinics, rooftop solar panels, a user feedback table and vending machines to buy sanitary products, according to the Indian Express.

Within a three-month time frame, 31 more public toilets will be added to the Google Maps database.

Under this campaign, running from July 12 to August 11, users are asked to rate the cleanliness of the toilet and give feedback. India Today reports that on the basis of the feedback, one toilet will be highlighted as the cleanest at the end of the campaign. 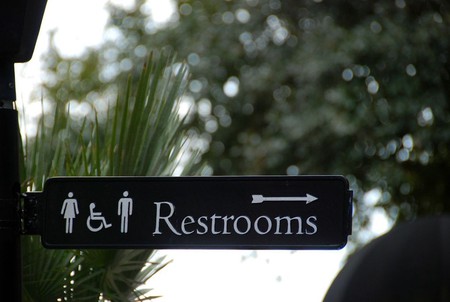 Open defecation is an everyday reality of India, thus leading to unhygienic living standards. According to the ‘Swachhta Status Report (SRR), 2016’ by India’s Ministry of Statistics and Programme Implementation, about 52.1 % of people living in rural India openly defecate, compared with 7.5% in urban areas. The Indian government under Prime Minister Narendra Modi built around 5.8 million individual rural household toilets, states the report.

The initiative was launched by the Indian government in a bid to eliminate public urination and open defecation; they are seeking to expand their public toilet promotion throughout India to mitigate the problem across the rest of the country.