Wonders Of The Mughal Empire In Three Art Exhibitions 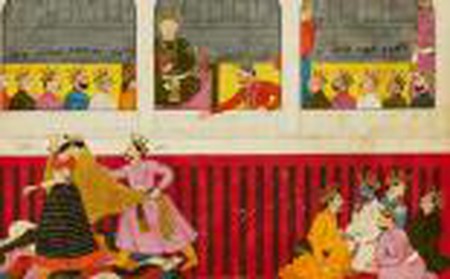 Three exhibitions in 2012 in the UK and New York celebrated the profundity and complexity of Indian art from the years of the Mughal Empire, from intricate miniatures to ragamala paintings which reflect the musical traditions of the subcontinent.

Babur founded the Mughal Empire in northern India in 1526. Of Turko-Mongol descent, he claimed that he was affiliated to Genghis Khan and Timur, two remarkable leaders and warriors. He inherited his passion for the arts and Persian literature from Timur and subsequently encouraged the creation of a cosmopolitan, sophisticated and erudite Indo-Persian culture during his reign. It was then that the Indian miniature paintings developed, covering epic and religious themes such as Jain Kalpasutra, Ramayana, Mahabharata, Bhagwatpurana, Durgasaptasati, Jaideva’s Geetgobind, Ragamala, Baramasa, Panchatantra and Vishnu Purana. 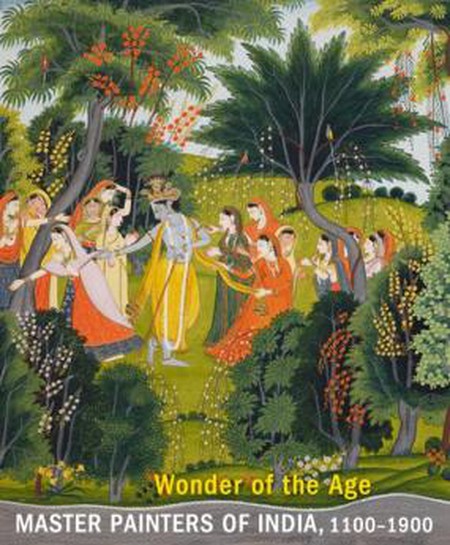 The Metropolitan Museum of Art in New York held one of the greatest exhibitions of Indian painting ever seen entitled Wonder of the Age. The paintings came from the Met’s own collection and the Rietberg Museum in Zurich – where the show originated – as well as from a number of other public and private collections. Queen Elizabeth II also contributed to the exhibition from the Royal Collection of Mughal paintings. The City Palace Museum in Udaipur, India, sent works of art which had never been exhibited internationally before. Other major contributions to the exhibition were works from Aga Khan’s collection and the Bodleian Library in Oxford.

The star of the show was a miniature of a chameleon from the early 17th century. Ustad Mansur, the Mughal miniaturist who created the chameleon, was so highly regarded as a natural history painter that Emperor Jahangir (1569-1627) called him the ‘Wonder of the Age’, a title which was borrowed to name the exhibition. The chameleon was one of some 220 images by more than 40 artists. The show itself was organised in chronological order and highlighted the artistic achievements of outstanding artists from each period, for instance Dolor by Farrukh Beg (1615), Emperor Muhammad Shah with Falcon Viewing his Garden at Sunset from a Palanquin attributed to Chitarman II (1730), and Shiva and Parvati Playing Chaupad by Pahari – a depiction of the divine couple (1694-95). 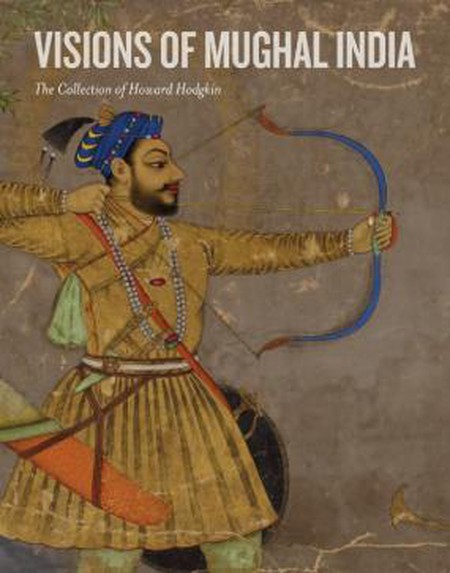 Visions of Mughal India: The Collection of Howard Hodgkin

This is the first time Howard Hodgkin’s private collection of Indian paintings has been shown in its entirety. Hodgkin, a leading British artist himself, has pursued his boyhood passion for India and its subtle colours through this outstanding collection. Although he selected the works on a purely aesthetic basis, the subject matter is often equally enthralling. Many illustrate Hindu mythology and the attires, adornment and customs of the Mughal reign. The studies of court life and hunting episodes are dazzling, as well as the epic royal portraits and the depictions of flora and fauna. Styles vary, ranging from exquisite naturalistic works and subtle, poetic paintings to bold and vivid drawings.

The miniatures featured depict minuscule, detailed spaces within which delicate figures appear along carefully reproduced textiles and vegetal and animal compositions – each element precisely woven into the other. Hodgkin describes them as ‘whole worlds’ that are both ‘completely convincing’ and ‘completely separate’ from Western pictorial traditions.

The show displays over 115 paintings from the Mughal period (c. 1550–1850). It is classified by region, highlighting the fact that although Indian paintings share key elements such as decorative details, a flat representation of space and flamboyant colours, themes and techniques differ between regions. A number of places are illustrated, including the Imperial Mughal court, the Delhi Imperial court, the Deccani Sultanates, the Rajput kingdoms of Rajasthan and the Punjab hills. Apart from these major artistic centres of the Mughal Empire, the show celebrates various works from smaller Rajput courts. The ragas for instance are tiny paintings that illustrate different musical modes based on the Ragamala. The following exhibition at the Dulwich Gallery has focused on this fascinating style.

Visions of Mughal India ran from 2 February 2012 to 22 April 2012 at the Ashmolean Museum of Art and Archaeology in Oxford. 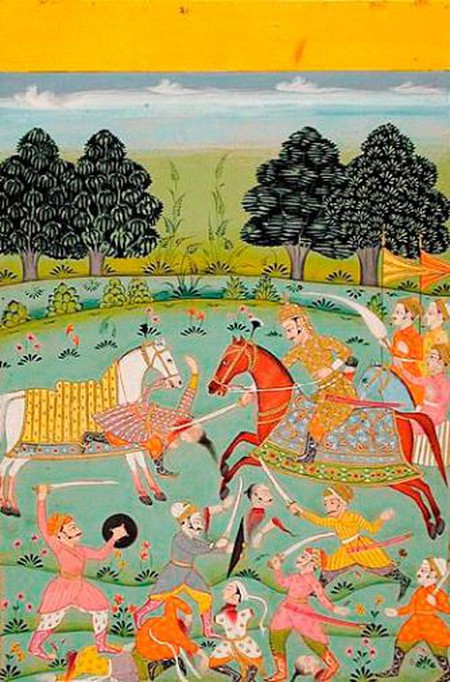 Ragamala paintings from India at the Dulwich Picture Gallery

A ragamala –or ‘garland of ragas’ – is an ensemble of miniature paintings representing diverse musical modes (ragas) of Indian music. Each miniature is described by a short poem or caption that specifies the mood of the raga, for instance love or devotion. The genre thus includes poetry, music and painting. The Ragamala style blossomed in the late 1400s, during the royal courts of India. Spanning four centuries, it declined when the aristocratic patronage system began to weaken in the 1800s.

This is the first UK exhibition to focus exclusively on this genre. It features 24 precious miniatures borrowed from the Claudio Moscatelli Collection, taking visitors on a voyage throughout the Mughal Empire. The show is visually delightful: the vivid, warm colours – from the intense yellow of cow’s urine to deep shades of red – are stunning and the paintings convey a true spirit of populism. Particularly recommendable are the Pahari and Rajasthani works.

Moscatelli developed a passion for ragamalas when he first visited the Victoria and Albert Museum upon his arrival to England from Italy. The collection encompasses most of the Indian subcontinent: from the Pahari region to the Deccan, and from Rajasthan to the mountainous Nepal.

Ragamala Paintings from India ran from 25 January 2012 to 27 May 2012 at the Dulwich Picture Gallery.