Why Villagers in India Are Fighting Against Urbanisation 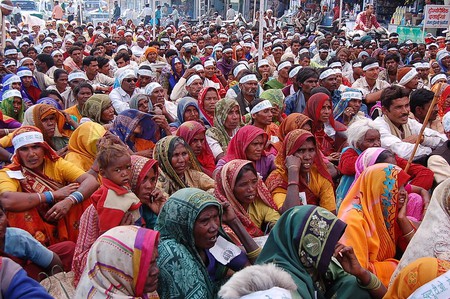 The last decade has marked the first time in independent India that urban parts of the country have added more people to its population than its rural counterpart. However, contrary to popular belief, not everyone is rejoicing about the onslaught of urbanisation that has taken place in recent years. Indian cities have been expanding at an exponential rate over the last few decades and they have largely done so at the cost of the quiet villages and verdant landscapes that accompanied them. But villagers in several parts of India are finally saying they want no part of it and recent years have been marked with protests in various states of the country where villagers are fighting to save their homes from turning into obscure condominiums and urban high rises.

The most recent and major such instance of rural unrest has been in the western state of Gujarat, where farmers went up in arms against the expansion of Ahmedabad and other cities in the state. Known for being one of the most urbanised and industrialised states in India, the prime area of focus in Gujarat has been the development and growth of urban areas over the last decade. In the last six years alone, 12 major cities in Gujarat have swallowed nearly 800 smaller villages in their surrounding areas. While urbanisation often means that the value of land in villages rise exponentially and benefit the villagers to whom the lands belong, the closer truth is that for a one-time bonanza, many villagers have been landless, and in the case of farmers, even robbed of their livelihood. 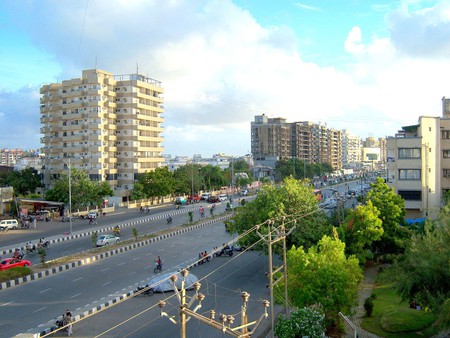 Gaurav Path road in Surat, one of the largest cities in the Indian state of Gujarat | © Rahulogy / WikiCommons

Farmers have intensified efforts to stop urbanisation over the last year, leading to several protests in various parts of the state and even a number of court petitions against state takeovers over land for construction of roads and buildings. While at first glance, the problem might seem to affect only a small number of farmers and landowners, the reality is that urbanisation poses a major threat to the agricultural industry. Urban areas not only use up a lot more of groundwater reserves, but they even cause hurdles in the replenishment of groundwater during monsoons since large tracts of land are covered in concrete. While several villages have erupted in protest, a quick resolution to the problem seems highly unlikely, especially in the face of India’s need for better infrastructure.

Elsewhere, in the southern state of Andhra Pradesh, a distinctly different crisis is currently playing out. Ever since the once united state split into Andhra Pradesh and Telangana, there has been a stiff fight over the resources of the state capital, Hyderabad. A resolution was reached after much discussion where it was decided that the new coastal state of Andhra would construct a new capital city named Amaravati in its southern region. While the plan received much public support across the state, and especially in the region earmarked for the capital, constructing the new city would require enormously large tracts of land to be acquired by the state from farmers and landowners. 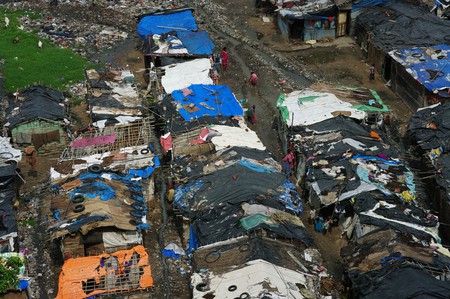 The state’s plan of land-pooling, where landowners willingly give away their land for the economic benefit of having a city in the region, has gone remarkably well so far with several volunteers coming forward. However, the ones who are reluctant face a severely uphill task and have been made to deal with coercion to give up their land. This discontent has since greatly increased owing to delays in starting construction of the city. Just last year, a large number of farmers took to the streets in the area earmarked to be the centre of the city and discarded vegetables and other farm produce in bulk in front of the office of the Capital Region Development Authority, the agency in charge of constructing the capital. Amaravati might give the state a new capital and the country a new economic hub, but in the process, it seems to be robbing villages of their right to refuse urbanisation.

While Andhra and Gujarat remain the two most important instances of rural discontent over urbanisation, there is also a larger trend across the country that has been observed over the last decade or so. However, instead of moving towards a resolution for this growing issue, the country is increasingly moving towards aggravating it. A major aspect of this is the increased focus on ‘smart cities’. The incumbent regime in the centre has been bullish about establishing smart cities across the country and nearly 100 smaller urban centres have already been identified as part of the first phase of the plan. A large number of these smart cities are set to come up in what were once agricultural regions and this has caused anguish among landowners who do not want to part with their land. 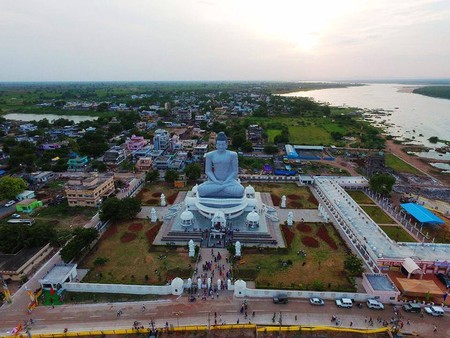 While India’s story of urbanisation has largely been seen as a success story, where even those who sell their land ended up getting much more in return thanks to the increase in market value, that is only one side of the story. An increasing number of villagers, and farmers, in particular, are now keen on keeping their farmland and are saying no to having their picturesque villages turned into dysfunctional, expensive and overcrowded cities.