Why Varanasi's Been Ranked the Most Polluted City in India 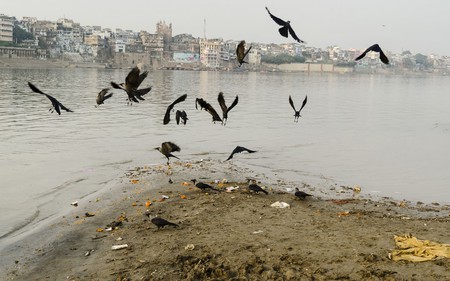 As panic-gripped Delhi continues to battle the sudden spike in pollution levels, another popular tourist destination has outdone the capital to become the most polluted city in India. The Air Quality Index (AQI) at 4pm on Friday was at an alarming 491 at Varanasi’s Ardhali Bazar monitoring station, according to Central Pollution Control Board (CPCB) data. This number was just short of the maximum AQI scale, which ends at 500.

Over the weekend, the AQI in many cities in north India continued to be “severe”, and among them Varanasi was the worst. Gurgaon was second at 480, followed by Delhi at 468. This called for a public health emergency as AQIs between 401 and 500 can contaminate healthy people, but are considered hazardous for those with diseases. Varanasi was already experiencing “very poor” standards on the AQI scale before taking over as the most polluted city in the country.

The holy city also had a critical concentration of PM2.5, which was eight times the safe limit. PM2.5 are inhalable particles, usually a combination of liquid and solid droplets suspended in the air, with diameters of 2.5 micrometers and smaller. This means they’re visible only through an electron microscope. These particles are released from sources like motor vehicles, agricultural burning and power plants.

Those suffering from heart and lung diseases are at high risk when the concentration of PM2.5 increases. Older people and children, in particular, are more vulnerable. Even healthy adults can be infected with temporary health issues, including reduced lung function, irritation of the eyes and an irregular heartbeat.

The current pollution crisis has been attributed to the annual rice stubble burning in Uttar Pradesh and neighbouring Punjab and Haryana. Approximately 35 million tonnes of crops have been set on fire in these states. Additionally, during the winter, dust particles in the air come to a standstill due to stagnant winds, resulting in the formation of smog.

Varanasi is one of the oldest cities in the world, and lies on the banks of the holy river Ganges. Its religious significance and rich history attract both foreign and domestic tourists. However, the congested traffic and lack of proper sanitation in this ancient city have been a cause of inconvenience to tourists for a long time now. 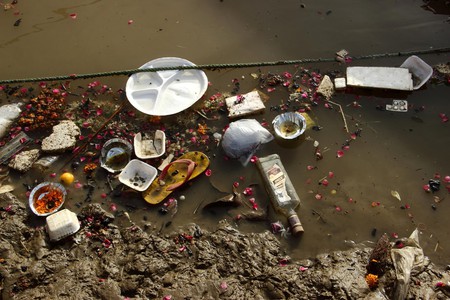 The 10 most polluted cities in India

These are Indian cities suffering the worst air quality at the moment, along with their AQI: