Why Masks Are The Latest Fashion Trend In Delhi, India 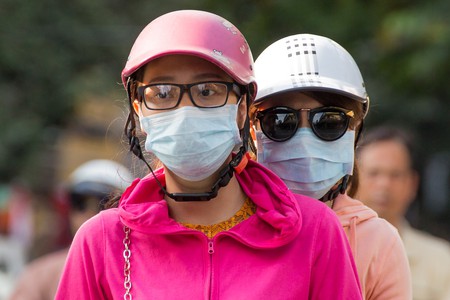 Fashion is not known for its functionality, but in India function is taking precedent over form. Culture Trip investigates the new fashion trend in Delhi.

Inhabitants of New Delhi are the latest to adopt surgical masks as a means of combatting pollution and disease in their city. An article from India’s The Economic Times points to the appearance of actor Amitabh Bachchan wearing a mask in the recently released film Pink. Since the film’s September release, the demand for masks has skyrocketed, with local stores and larger retailers alike repeatedly selling out of stock. A slew of articles by Indian newspapers, such as this one, that advise readers about buying the right surgical mask for them have appeared throughout early November.

However the sartorial reaction to pollution extends far beyond India. Most notably, supermodel Bella Hadid re-ignited attention towards the trend when she posted a photograph of her sporting a surgical mask on a recent visit to Tokyo. This is a trend in East Asia that has been evolving since the early 2000s, where residents routinely sport surgical masks to counter pollution and disease, women might also wear them if they haven’t put on make-up – in Japan a new speed-dating agency is even using them to promote a personality-first approach to the art of love.

In London, Nitrogen Dioxide levels frequently surpass legal limits, negating the health benefits of that after-work jog or weekend stroll. A petition for Mayor Sadiq Khan to prioritise air quality is already underway, and thanks to a new awareness campaign by Greenpeace, Londoners are beginning to take note. As such, it wouldn’t be surprising to start seeing inhabitants of the UK’s capital sporting surgical masks – given the long-term negative impacts on health, they really should.

Early adopters won’t have to compromise their style too much. Etsy already offers a range of cute facemasks, retailer Vogmask is making it their business to provide the best surgical face masks and Amazon offers an easy-to-wear version.

While these options alleviate the fashion element, it is worth confronting the bleaker reality that human beings would prefer to cover their own faces than push governments to combat pollution and climate change. Trumpees take note – the trend will make its way to the US soon.