Why India's World Heritage Sites Are Up For 'Adoption' 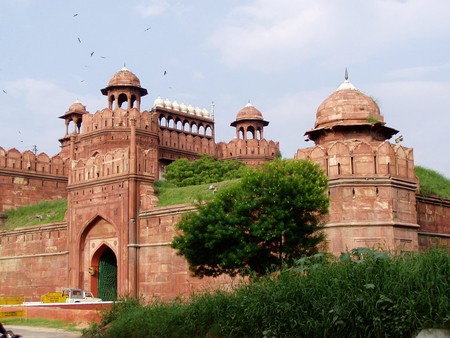 The Red Fort in India has now been 'adopted' | © Dan / Flickr

#IndiaOnSale began trending on social media following a private conglomerate’s ‘adoption’ of the Red Fort for a whopping INR 25 crores (a crore denotes 10 million, therefore, approximately GBP 2,786,941). Others, however, have supported the decision by labelling it a progressive step for the protection of iconic sites around the South Asian country.

What is the ‘Adopt a Heritage’ scheme?

The brainchild of the Indian Ministry of Tourism, the Archaeological Survey of India and the Ministry of Culture, the ‘Adopt a Heritage’ scheme was first launched on World Tourism Day in September 2017. 93 ASI (Archaeological Survey of India)-listed monuments and World Heritage Sites across India were put up for corporate adoption, including the likes of the iconic Taj Mahal and the India Gate. 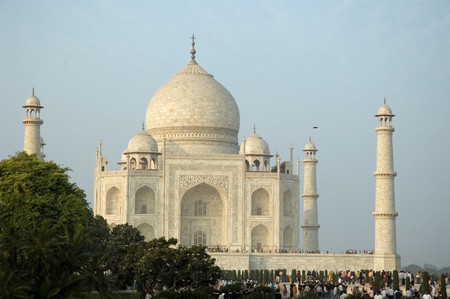 Can this scheme save the Taj Mahal, which is now turning green and brown? | © Paul Asman & Jill Lenoble / Flickr

The companies and individuals partnering with the government under the scheme are referred to as ‘Monument Mitras’. The government has laid out three parameters for their selection – their financial credentials, their success stories with similar projects and their vision for the structure.

However, the speed at which the scheme was proposed and implemented has raised a few eyebrows. Will these private entities gain ownership of the site?

The government has denied this. ‘The ownership of these sites has not changed. There’s just a temporary change in their management and accessibility for a certain period of time’.

What will ‘Monument Mitras’ try to accomplish?

‘Monument Mitras’ will be responsible for the development, operation and maintenance of amenities and facilities of the adopted site, such as cleanliness, drinking water, accessibility, signage, lavatories, tourist multi-purpose centres, surveillance, illumination and other upkeep work. It will also take care of the site under its Corporate Social Responsibility activity.

Which sites have already been ‘adopted’?

The country’s leading cement supplier, Dalmia Bharat Group, has already adopted the historically and politically significant Red Fort and the 13th-century Gandikota Fort in the Grand Canyon of India. The SBI Foundation has obtained the rights to maintain the Jantar Mantar in Delhi while the online travel company, Yatra, has adopted the Qutub Minar, the temples of Hampi, the Ajanta Caves in Maharashtra and Stok Palace in Leh. ITC Limited and GMR Sports have expressed interest in acquiring the maintenance rights of the Taj Mahal. 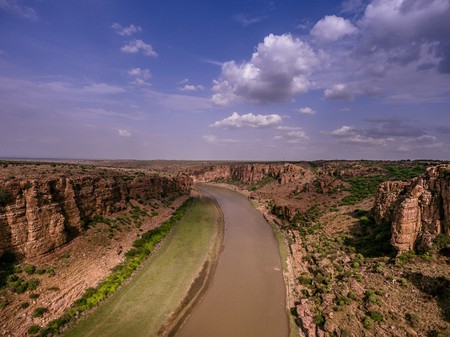 Is this a good or bad step?

The corrosive effects of time, lack of adequate maintenance and human interaction have led to the degradation of these sites. In addition, the Archaeological Survey of India is starved for funds and manpower to manage and maintain these sites. In light of this, it can be considered a good step.

According to the government, ‘the Monument Mitra will make no profit from the site, however, they will get visibility on the premises as well as the Incredible India website, besides other benefits (which are yet to be known). At its core, the scheme will enhance the tourist attractiveness of the site, promote cultural and heritage value of the country, create employment opportunities through the active participation of local communities and result in economic development’. 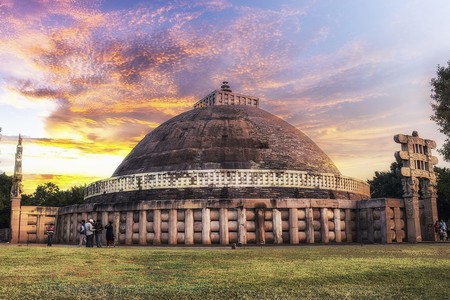 Supporters have already embraced the scheme.

This extraneous noise of the fossilised & the unimaginative, holds us back all the time.
The Met, Louvre, Chateau Versaiiles, Napoleon's Tomb even Singapore Zoo, accept corporate partnership with discrete acknowledgement of their contribution. Why not here ?#RedFortControversy

If you hire someone to clean your house doesn’t mean you are selling your house to them. No, Red Fort is not being sold. It’s an innovative way to save the government some money and preserve a monument. #redfort

UPA govt contemplated heritage sights’ maintainance by Private parties.@derekobrienmp in 2018 backed the move as a chair person of ‘Adopt A Heritage’
But when BJP govt actually makes it a reality, why opposition is so baffled?@ArvindKejriwal @RahulGandhi #IndiaOnSale pic.twitter.com/633HQvkV5r

Others, however, are quite wary of the situation.

Giving heritage building like Red Fort in hands of private corporate house is an insult to nation’s pride.#IndiaOnSale pic.twitter.com/7HPWFLHcHs

Wah! So here is acche din. Red Fort being 'sold '? Now other national treasures ready to be auctioned to highest bidder. As Chairman Parliament Cmtee of Transport Tourism & Culture, can say matter was still being "discussed". Pledge to stop this

There's a huge difference between Dalmia adopting, say, a haveli in Old Dilli and adopting the Red Fort itself.Tier 1 monuments are a nation's crown jewels. They should not be played around with. Its even more worrying that corporates cannot be held responsible for any damage.