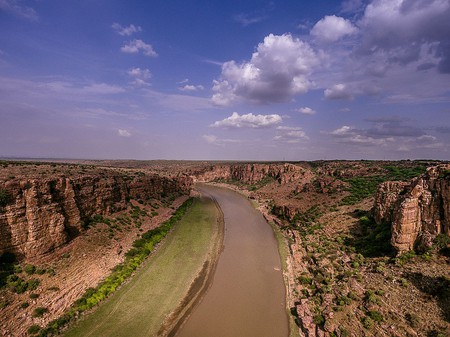 Everybody is familiar with the USA’s Grand Canyon, one of the Seven Wonders of the Natural World. But did you know that there is a hidden Grand Canyon in India as well? There is, and it is nothing less than breathtaking.

It’s true – in the Southern Indian state of Andhra Pradesh, there is a small village in the Kadapa district named Gandikota, and it is home to India’s Hidden Grand Canyon. Carved by the Penna River that snakes its way through the Erramala Ranges in Andhra Pradesh, experts believe the canyon is more than a thousand years old. The best part is that the untouched and unexploited natural beauty blends seamlessly with the area’s rich historical past. 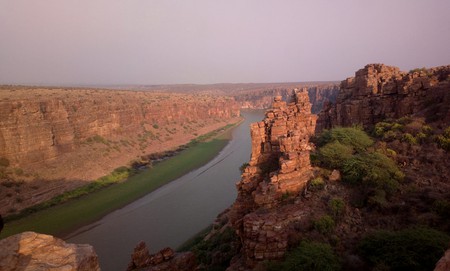 The gorge is known for its spectacular views and scenery, but the area also offers several other beautiful attractions that are worth checking out.

One prime spot to explore is the 13th-century Gandikota Fort, a red sandstone structure with intricate carvings, protected by a five-mile-long (eight kilometres) rocky wall. The fort includes 101 bastions, all of which are more than 40 feet (12 metres) high, and a gorge that stands at over 300 feet (91 meters) above the Penna River. The view of from the top is majestic. And when the sun goes down, the gorge becomes all the more spectacular with a beautiful colour palette covering its cluster of rocks. While it’s amazing, the hike to this spot isn’t an easy one, with treacherous rocky terrain throughout and no human presence whatsoever. But once you reach the summit of the rock and see the beautiful views of the surrounding hill forests, gorge and Penna River, you’ll know that it was worth it. 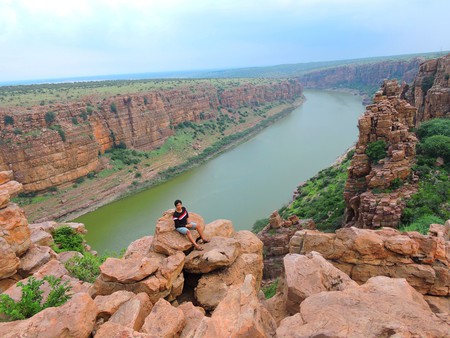 The remains of two temples (Ranganatha Swami Temple and Madhava Swami Temple) built in the 13th century and a mosque – the Jamia Masjid, built a few years later – sit in the precinct, abutting the fort. 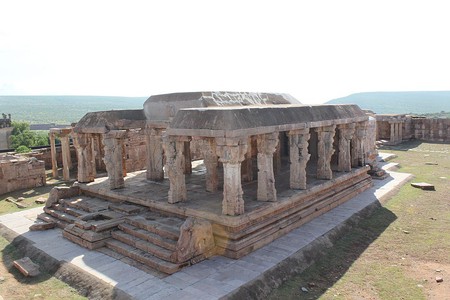 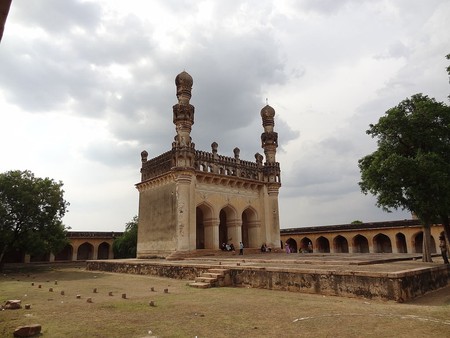 Close to Gandikota Fort is Rayalacheruvu Lake, another surreal hidden natural wonder built with stones. Water from the Penna River pours into this lake, and the belief is that the fountain in Jamia Masjid connects to this water source.

Pro tip: Not many food options are available near the canyon to fuel you up, so take some food and water with you.

Rappelling, kayaking and rock climbing are some of the popular activities in the gorge, and most are available through adventure companies, such as Freakouts Adventure. 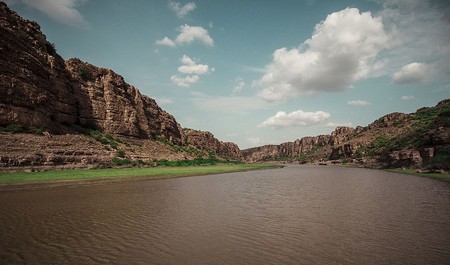 An hour’s drive away from the Gandikota Canyon, in the Kurnool district of Andhra Pradesh, lies the second largest cave in India, the Belum Caves (10,594 feet [3,229 metres] long), black limestone cave structures formed millions of years ago. This cave beckons to the adventure, history and science lovers. As the water passed over the limestone deposits, it resulted in the unique and beautiful stalagmite and stalactite formations. The cave is 150 feet (46 metres) deep, and at the deepest point, called as Patalganga, you’ll spot an underwater stream that flows year-round, thus, forming a natural waterfall – truly a sight to behold. In addition to the underground stream, there is a 40-foot (12-metre) Buddha Statue in the precinct, natural sculptures, water galleries and sink holes. So, if you’re planning to stay for more than a day in Gandikota village, do backpack to this district to explore these fascinating natural wonders. 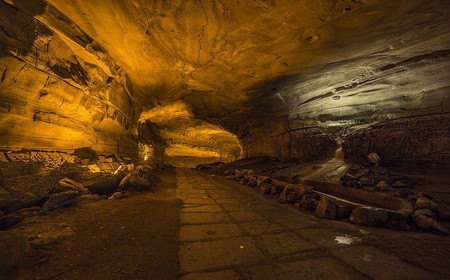 Within Gandikota, there is an APTDC Complex run by the Andhra Pradesh Tourism Department – it is near the gorge. It has a dorm, 12 cottages, a dining area and ample parking space. Several hotels are also available in the area. Plus, several adventure companies offer lodging and camping trips.

August to February is the best time to witness India’s Grand Canyon. 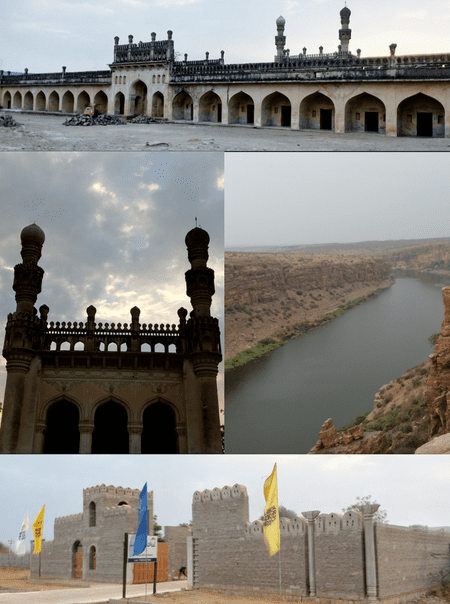 Gandikota | © Moulalisaheb.g / WikiCommons
Give us feedback