Why the Bellandur Lake in Bangalore, India Keeps Catching Fire 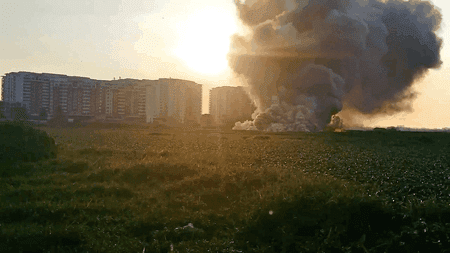 Frequent fire outbreaks in Bangalore’s Bellandur Lake have gripped the city in horror, as residents watched fire rage and fill the sky for the fifth time since 2015. On 19 January 2018, the fire at the lake burned for more than 30 hours and barely a fortnight after, the lake caught fire again, leaving thousands of city residents in panic. All of this begs the question: why does this lake keep catching fire? Read on to find out all about it.

Spread across 906 acres, Bellandur Lake is the biggest and one of the oldest bodies of water in India’s Garden City. A few decades ago, the lake was the lifeline for several villages surrounding it. People used it to grow vegetables, cultivate paddy, for drinking and irrigation, as well as to indulge in pursuits, such as boating, fishing and picnics. But today, the lake is nothing but a cesspool of sewage and a receptor for more than 70 million gallons of sewage per day. And, this contaminated water further flows into Varthur Lake, joining Pennar River. 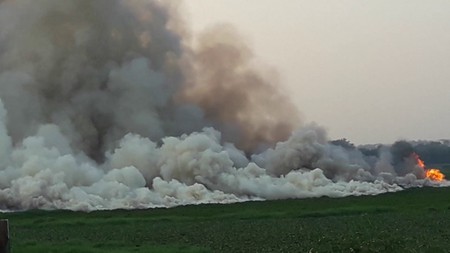 Cause of the fire and its repercussions

Since the late 1980s, the lake has faced the problem of foam formation. However, with breakneck urbanisation coupled with gross negligence from the authorities, the problem has only intensified. About 40% of untreated domestic sewage and industrial effluents flow into the lake every day, which results in the formation of a vegetative cover of weeds. This process is called eutrophication (excessive collection of nutrients from sources, such as sewage effluent and subsequent chemical reactions) and has transformed the lake into a bio-hazard, putting the local flora and fauna in danger. The eutrophication also enables methane emissions, making the lake susceptible to fire.

The summer of 2015 was the first time the lake caught fire. This was soon followed by a phenomenon of froth formation, which is perhaps the main cause of concern for the city’s residents. The effluents in the water generate a foam-like substance in the air whenever a fire takes place and the toxicity of this substance leads to several skin allergies, respiratory and other health-related problems, besides its disgusting stench.

Scientists from the well-known Indian Institute of Science have also given a damning verdict that Bangalore will be ‘unliveable’ in a few years if the problem isn’t solved soon. 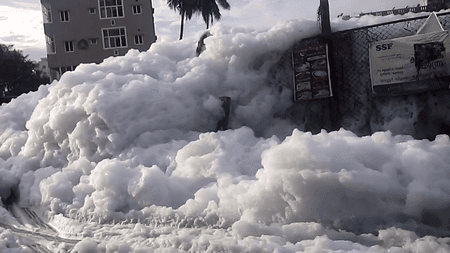 The Karnataka Government and the Bangalore Development Authority (BDA), along with several other governing bodies, such as Bruhat Bengaluru Mahanagara Palike (BBMP), Bengaluru Water Supply and Sewage Board (BWSSB) and Karnataka State Pollution Control Board (KSPCB), are the custodians of Bellandur Lake with regard to its recuperation. Nothing major has been done so far by the authorities in terms of its restoration – except casting aspersions on each other and political infighting, while Bellandur Lake (along with several other lakes in the city) remains in its sorry state.

However, the residents of Bellandur Lake, along with environmental activists, have taken a few crucial steps to combat this problem. Several campaigns and petitions have been filed over the years, though they haven’t received a substantial response from the concerned government bodies. A Change.org petition addressed to Karnataka’s Chief Minister, amassing more than 55,000 signatures, was filed in September 2015 by Sanchita Jha, a resident of Bellandur. Environmental activists, such as Ramamurthy, CH Ram and Anil Kumar, have taken up legal fights to preserve the lake. Also, there is a Facebook page, ‘Save Bellandur, Save Bangalore‘, to address the issues of the lake and to create awareness.

If the sewage treatment is given appropriate and immediate attention, Bellandur, as well as other lakes in the city, can once more be returned to their former glories and become hotspots for peaceful nature walks, bird watching and photography.