Where to Go Wildlife Watching in Goa, India 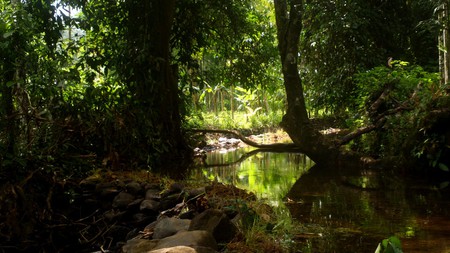 The experience of watching a wild animal in its natural habitat – be it the flight of an exotic bird, swiftness of an intimidating feline, or the gentle graze of a deer – is unparalleled. If you’re in Goa and have had your fill of beaches, churches, shacks and pubs, there is still another side of this coastal haven to explore. So pack your rucksack, grab your camera, and discover some of Goa’s best wildlife spots.

For butterfly spectators, bird enthusiasts, wildlife watchers, avid hikers and rock climbers, Mhadei Wildlife Sanctuary is a must-visit. A biodiversity favorite, the sanctuary has the most colourful collection of flora and fauna and has been declared The International Bird Area. This is the place to go to for tiger-spotting as it is home to the Royal Bengal tiger – there are even talks to convert it into a Project Tiger reserve. Herpetologists frequent this sanctuary to see some of India’s most poisonous snakes: Indian krait, Russell’s viper, saw-scaled viper and spectacled cobra. The terrain is also a never-ending delight for the butterfly watchers – a whopping 257 (out of 303) species of butterflies in the Western Ghats have been sighted here. There’s a little something for everyone: daunting trails for trekkers, the lofty peaks of the Vagheri Hills and Chorla Ghat for rock climbers, the Mhadei River for white water rafters and scenic waterfalls like the Vazra Sakla Falls and the Virdi Falls for the nature lovers. 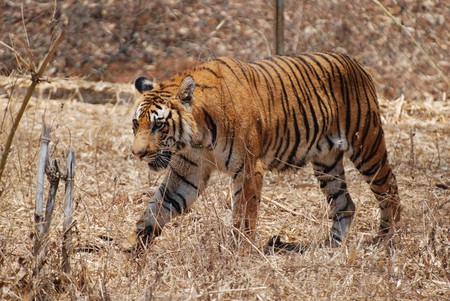 Walk the mud trails or jeep-trek through the dense forests of the Mollem National Park to witness its treasures. Although it is 65 kilometres (40.4 miles) from Panaji, the park is worth the drive. Travellers are drawn in and mesmerised by its lavish cluster of dense forests and variety of exotic fauna: rare birds like the paradise flycatcher, emerald dove, great Indian hornbill; deadly snakes like cobras, vipers, pythons; colourful butterflies like the crimson rose and blue Mormon; as well as leopards, gaur and chital. Before heading home, do visit the 12th-century Tambdi Surla Mahadev temple, a 12-kilometre (7.45-mile) drive from the border post of Mollem. It is one of the oldest temples of Goa, replete with beautiful carvings and architecture styles. 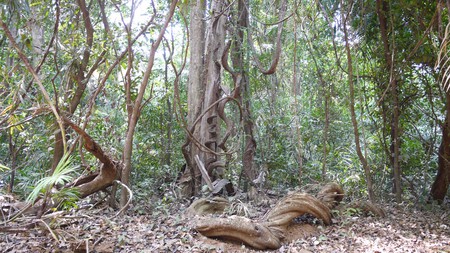 Need an introduction to the awes and wonders of wildlife watching? Bondla Wildlife Sanctuary – a relatively small park that contains a mini-zoo, deer-safari park and a pleasant botanical garden – is a good place to start. Expect to bump into Goa’s state animal, the gaur here, as well as a host of other creatures like the chinkara, four-horned antelope, jackal, leopard, black buck, toddy cats and wild boars. There are also hiking trails galore for trekkers, strategically located watchtowers for those who’d rather observe the wild from a distance, and breathtaking lush patches for shutterbugs. And those who want to stay overnight may do so at the forest department’s cottages. 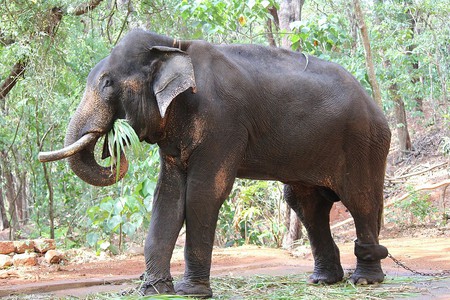 If getting up close to crocodiles in their natural settings sounds exciting, then a trip to the Cumbarjua Canal is essential. Hop onto a ferry in the Cumbarjua Canal to the backwaters of Zuari, an excellent location to spot a variety of birds and the Indian Mugger crocodile. These carnivorous creatures flourish in canal, which connects the Zuari and Mandovi rivers. Watching these menacing creatures prowl around in the salty mangroves of Cumbarjua is a bizarre yet beautiful experience. These nomadic species can also be seen in Chapora River and the Opa River. 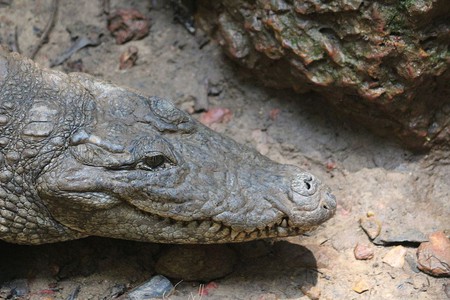 Goa‘s only bird sanctuary lies on the western tip of the island of Chorao. This birdwatchers’ paradise is a dense collection of mangrove plantations, home to a diverse species of local and migratory birds. The interesting feature of the Dr Salim Ali Bird Sanctuary is that it provides shelter to species that belong to the bottom of the ecosystem. Get up to the watchtower and spot birds like the black bittern, red knot, jack snipe, western reef heron, and black drongo as well as winter guests like coots and pintails.