What Did the Ancient Indian Education System Look Like? 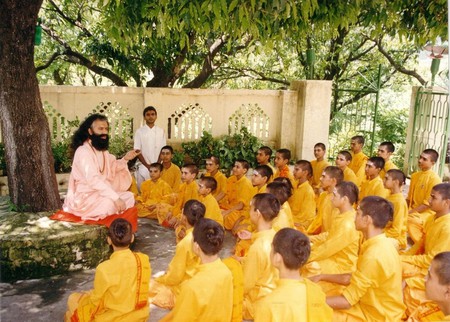 Like the culture and traditions of India, the system of education also has a rich history of its own. Majorly influenced by the Hindu religion, the knowledge acquired by people of ancient times was passed on from one generation to another and is reflected even in the teachings of today. Here’s a brief take on what the system of education was like during the early days of the Indian civilization. 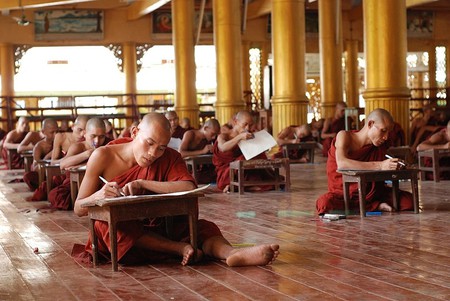 What was unique about ancient Indian education?

Education in ancient India was quite different from the rest of the world back then. The society and state couldn’t interfere with the curriculum or the administration. To get an education, a child had to leave home and live with a teacher in a gurukul for the entire duration of his studies. No fee was charged for education; in fact, the teacher took care of everything, including food, clothing and housing. According to this system, physical labor was of utmost importance. So, even if a child was interested in acquiring philosophical knowledge, he would still have to do some manual work every day. Debates and discussions were a part of education, even in ancient days. 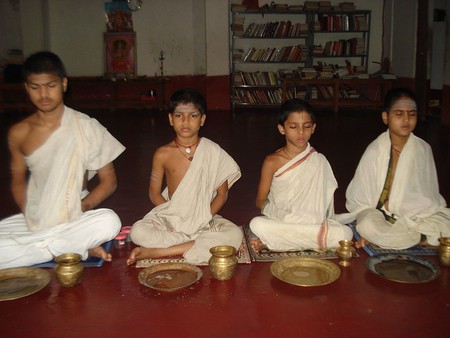 When could a child start acquiring education?

In the Vedic system, a child started his education at the age of five. To mark this commencement, the Vidyarambha ceremony, which included worshiping Goddess Saraswati and learning alphabets for the first time, was conducted. Leaving home and starting to live with ateacher required the child to conduct another ceremony called Upanayana. Boys practiced this ceremony at different ages according to their castes (only children of the Brahmin, Kshatriya and Vaishya did so).

In the Buddhist system, a child started his education at the age of eight, with a ceremony called Pabbajja or Prabrajya. Unlike the Vedic system, this initiation ceremony could be practiced by boys of all castes. After this, the child would leave home and go to live in a monastery under the guidance of his teacher (a monk).

The education of women

Education for women was quite important in ancient India. They were trained in housekeeping, as well as in dancing and music. Girls also had to conduct the Upanayana ceremony. Educated women were divided into two classes – Sadyodwahas, those who pursued their education just until they got married, and Brahmavadinis, those who never married and continued studying throughout their lives. Vedas and Vedangas were taught to women, too, but were limited to religious songs and poems necessary for rituals. Some notable Vedic and Upanishad women scholars were Apala, Indrani, Ghosha, Lopamudra, Gargi and Maitreyi. 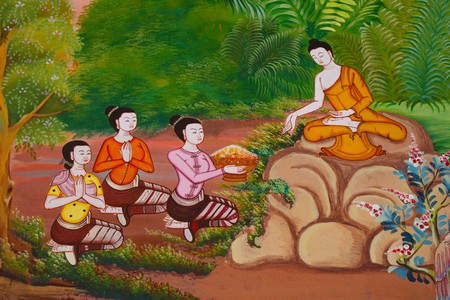 What were the subjects of study?

Both Vedic and Buddhist systems of education had different subjects of study. The Vedic system comprised of the four Vedas (Rig Veda, Sama Veda, Yajur Veda and Atharva Veda), six Vedangas (ritualistic knowledge, metrics, exegetics, grammar, phonetics and astronomy), the Upanishads, Tarka Shastra (logic and reasoning), Puranas (history), and more. The main subjects in the Buddhist system were the three Pitakas (Vinaya, Abhidhamma and Sutta), the most recognized works of all 18 Buddhism schools. Certain other subjects common to both the systems were arithmetic, military science, law, performing arts, ethics, and art and architecture. 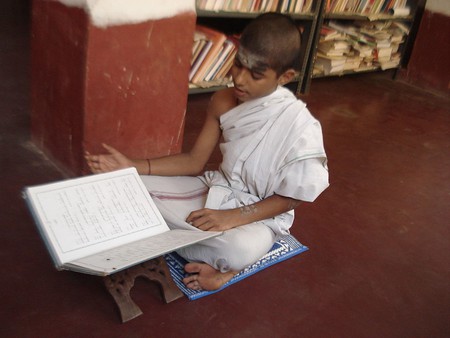 The period of learning and vocational education

Mastering one Veda took 12 years. Thus, depending on how many subjects the student wanted to learn, the study period varied accordingly. The education could go on for as long as 48 years.

In order to earn a livelihood, men needed to know an art form. As per the ancient Indian education system, there were about 64 art forms, including dance, music, jewel making, sculpture, agriculture, and medical sciences. To acquire vocational training in a particular art form, men were required to work as trainees under a master to gain expertise. They were taught without any cost, and food and boarding were also taken care of by the master.

Though teaching in groups was common back then, students were also taught individually by their teachers based on their capabilities and aptitudes. Oral recitation was the basic medium of imparting knowledge and was practiced through various methods like introspection (listening, contemplation and concentrated contemplation), storytelling, memorization, critical analysis, practical study and seminars.

Just as we have world renowned universities today, there were popular educational institutions here during the ancient times as well. Four of these institutions were quite prominent and known for different specializations. The University of Nalanda was famous for its Catholic and cosmopolitan character and its department of logic. Takshasila University, in an area what is now modern-day Pakistan, was well-known across the world for its medical school and was the chief learning centre in 6th century BC. What Nalanda University was to east India, Vallabhi was to west India. It was also a famous study center that specialized in subjects like law, medicine and economics, and had students attending from all parts of the country. Vikramshila was yet another esteemed institution, best known for Tantric Buddhism. 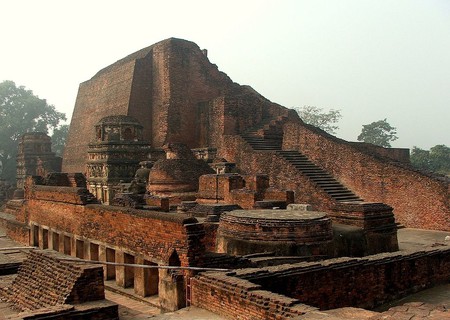 Ruins of Nalanda University in Bihar, India | © myself / WikiCommons
Give us feedback