An Introduction To The Jataka Tales of Buddhist Literature

Jataka tales are works of literature that are about Gautam Buddha‘s previous births. These births are his lives in which he was human as well as animal forms. In one particular branch of Buddhism, known as Theravāda, which means school of elder monks, the Jataka tales are in textual forms. The Jatakas happen to be amongst the oldest of Buddhist literature dating back to somewhere around the 4th century BC. These legendary biographies of the Buddha’s previous lives consist of 547 poems which are roughly put together in verses. 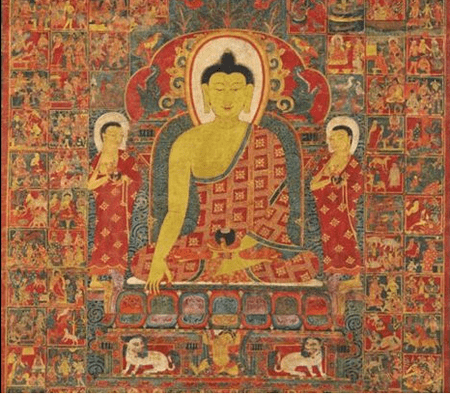 Thangka of Buddha with the One Hundred Jataka Tales in the background, Tibet, 13th-14th century (c) WikiCommons

One of the sects in the Andhra Pradesh region, Mahāsāṃghika Caitika, have staked claim over the original collection of the Jatakas; however, there is no concrete proof regarding the claim. Also, seen in the Ajanta Caves of Maharashtra are inscriptions of quotes from Jataka scenes of Arya Shura. 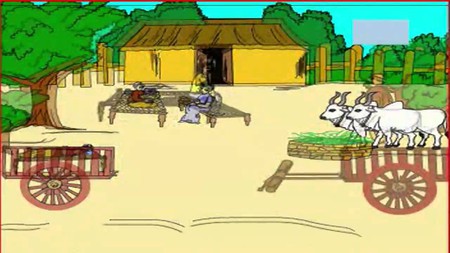 “The Ass in the Lion’s Skin,” “King Sibi,” “The Swan with Golden Feathers,” and “Four Harmonious Animals,” are a few of the stories which are based on the Jatakas. In India, we can see some of the stories translated and imbibed in the Panchatantra, for example “The Monkey and the Crocodile,” and “The Crab and the Crane.” The Jataka stories in Sanskrit and Tibetan stick to the Buddhist morality. The same stories have been retold in various languages, including Persian. 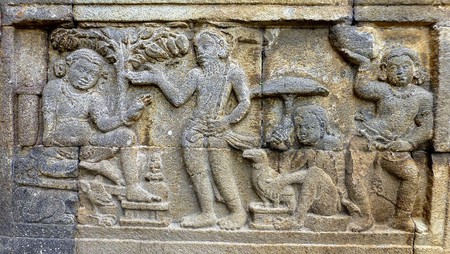 In India, one can find stupas in Buddhist monuments where the stupas have locations from the Jataka tales marked on them. A lot of them were discovered by Xuanzang, the Chinese pilgrim. A lot of tales with unknown and doubtful authorship were written in the Pali tradition. Another intriguing thing about the Jataka tales is that in the Theravāda countries, many of these tales have been used in dances, recitations and even theater. This custom remains in many areas.

The stories are set in or around the holy city of Benaras in India. The stories include a moral lesson for children as well as adults and are much loved by all. Usually, the stories show how friendships should be and how it is bad to cheat, lie or break someone’s trust. Few other stories common amongst Indian children are “Sandy Road,” “Penny Wise Monkey,” “Wind and Moon,” and “Power of Rumor.”