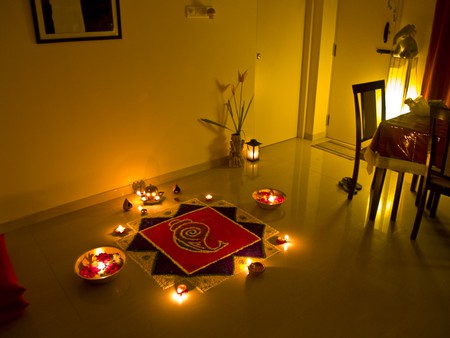 Being as congested of a city as it is, means that most Mumbai residents live in multi-story buildings with limited common areas. This has forced Mumbaikars to be creative with the use of space in their homes. In addition, the city has migrants from around the country bringing elements of their native housing traditions, and trying to weave these creatively into the cramped, monotonous spaces they occupy. As a result, the city has developed its own peculiar housing traditions, some of which aren’t really found elsewhere in the country. Here we highlight some of the key quirks of housing in Mumbai.

Creative use of space

Mumbai houses are cramped and relatively lacking in space. However, Mumbaikars find their way around this spacing issue, as they do with other random obstacles the city throws at them. Some spaces in homes may be used to serve more than one purpose during the day, such as living rooms doubling up as bedrooms at night, while Mumbaikars who dream of having a garden will go ahead and try to build whatever they can in their balconies, if they have any.

Most Indians, particularly in rural India, are religious. Though the religions followed in the country are many and varied, most Indian families put in much time and energy to carve out a dedicated prayer space in their home. Heavily decorated and regularly maintained, these spaces are sometimes at the very center of the house, taking up a fair share of the living room, or in some cases taking up an entire room. It is common for people to keep idols or photographs of various deities in tiny, temple-like structures. Further decorations may involve ethnic lamps, tiny bells, flowers and candles. You will also find religious merchandise – from stickers and postcards to posters adorning the walls and doors of homes.

Beautiful day shared with friends, family, good food, conversations and the SUN at the end of October? Oh my!! Couldn't ask for more!! Hope you all had a #blesseddiwali too. Sending some positive vibes your way. Good night! #peaceout

From oversized decorative mirrors to lush carpets, Mumbaikars bring whatever they can of their tradition and culture into their homes – sculptures of mythical figures, life-size ethnic lamps, even indoor swings. Rarely will you come across a home in the city that doesn’t carry at least one piece of decor with unique cultural relevance to the part of the country the residents are from. An example is the Rangoli – designs created on floors using colored rice, dry flour, colored sand or flower petals – that some households may choose to feature in their entrance area, instead of a usual welcome rug, to usher in good luck.

💥And it only gets brighter 💥#deepavali #festivaloflights #rangoli #simplefun

Multiple generations in one home