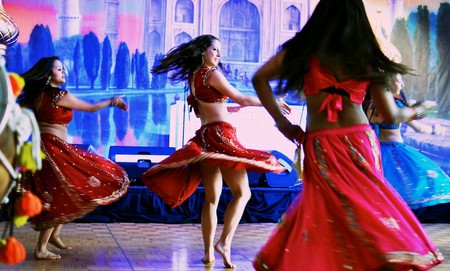 Bollywood junkies will tell you that every era of this glorious film industry’s hundred-year history (and counting) has had its own exceptional qualities. Similarly, Bollywood music of decades past is simply too unique to be left in the past. Luckily, a few gutsy music producers have dared to try their hand at reworking yesteryear’s classics, so we can keep grooving to them again and again. Sure, old is gold, but see if you can keep yourself from busting out some dance moves while these five remixes blast from your speakers.

With this 2006 remake of the 1978 classic Don, by director Chandra Barot, we didn’t just get to see superstar Shah Rukh Khan take on a role immortalized by the biggest Bollywood star of the past, Amitabh Bachchan, but we also got fresh versions of part the film’s highly celebrated soundtrack. ‘Khaike Paan Banaraswala,’ originally sung by legendary singer Kishore Kumar, has a fan base that’s nothing short of cult. However, the 2006 version, sung by popular Bollywood singer Udit Narayan, has beats that can’t keep us from the dance floor.

‘Dum Maro Dum,’ sung by legendary Asha Bhosle, is that one song from decades ago whose level of coolness we just cannot seem to reach nowadays. This massively popular song, with actor Zeenat Aman from the 1971 film Hare Rama Hare Krishna, got a hip rework in the 2011 movie Dum Maaro Dum, starring Deepika Padukone showing off some chill dance moves.

The crown jewel of critically acclaimed film Queen’s fantastic soundtrack was arguably its remix of Asha Bhosle’s hit song ‘Hungama Ho Gaya’ from the film Anhonee (1973). With bonus vocals from Bollywood’s favorite contemporary singer Arijit Singh, the song quickly became a dance anthem across the country, while also reminding us of just how awesome music was in India in the 1970s.

This 2008 remake of the 1977 hit song ‘Bachna Aye Haseeno’ has actor Ranbir Kapoor grooving to the song whose original version starred his father Rishi Kapoor. The original has vocals from one of Bollywood‘s greatest singers, Kishore Kumar, but the rework has the beats that we needed to take this song to the dance floor.

This jazzy twist to a Bollywood classic was among Bejoy Nambiar’s debut film Shaitan’s many highlights, giving it an almost cult-like following in the country. Music composer Mikey McCleary’s tribute to the 1960 classic song by legendary singer Mohammed Rafi features vocals by award-winning vocalist Suman Sridhar.