Top 5 Literary Entrepreneurs of Indian Poetry You Should Know

Indian Poetry was not adequately acknowledged in the international galleries of literature until 1913 when, Rabindranath Tagore became the first Asian to win the Nobel Prize in Literature. Soon after that, Indian poetry surged to a significant pedestal in the arena of world literature. Since India’s independence in 1947, there have been quite a few noble literary initiatives towards the growth of poetry in India, particularly in Indian English. 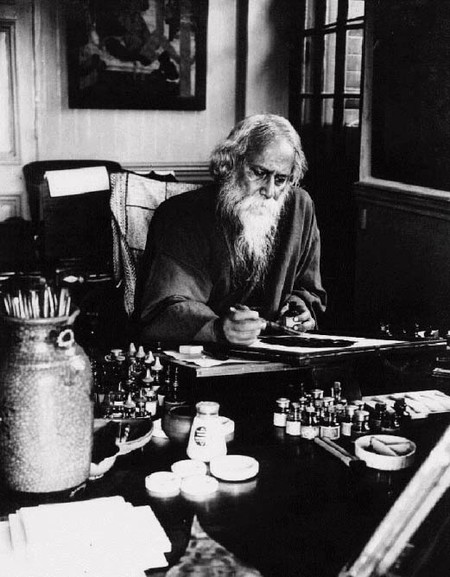 Rabindranath Tagore at his painting desk, Government School of Art, Calcutta 1932 by Yann

With a small group of writers in Kolkata, Professor Lal started his ‘Writers’ Workshop’ press in 1958, which has published over 2500 titles to date with a greater emphasis on poetry. Lal is duly acknowledged for re-creating the entire epic poem Mahabharata into Indian English, published in 18 volumes. In the whole series, he noted minute and vivid observations of almost every line in the ‘Mahabharata’. He firmly believed that English is an Indian language and his books bear testimony to it. Lal further underscored that English may be unsuitable for Indians as they are deeply sensitive, and there were less English words compared to that in ‘Sanskrit’. For this very reason he laid emphasis on the use of Indian vernaculars in English which had wider ramification on later generations of Indian writers. 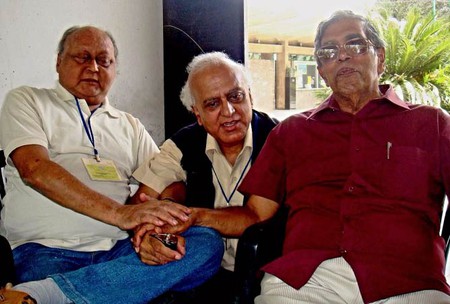 A physics teacher by profession, Mahapatra is considered one of the greatest Indian English Poets alive. He was a part of the trio of poets alongside AK Ramanujan and R Parthasarathy who were considered the pillars of ‘Indian English’. Mahapatra’s writings greatly balance the harsh side of Indian society and his dreams about it. His first book of poems, Svayamvara and Other Poems, was published in 1971 Mahapatra has authored about eighteen books of poetry since. Most of his books uphold the history and traditions of his state, Orissa. In his books ‘The Lie of Dawns: Poems 1974-2008’, ‘A Whiteness of Bone’ and ‘Land’ Mahapatra presents himself as a realistic poet deeply moved by sufferings, pain and atrocities of his motherland. Apart from his writings, Mahapatra has been running his own magazine ‘Chandrabhaga’, which features several young and new voices in the world of Indian poetry alongside established names.

In the 1980s, the Indian society was almost devoid of poetry and full of political ups and downs. During this time, Kaul started ‘The Poetry Society of India’ in 1984. ‘The Poetry Society of India’ has played a pivotal role in popularizing poetry through its journal and nationwide seminars. This society has also played a significant role in recognizing many young Indian poets. The Journal of Poetry Society of India a rare print magazine from India focused completely upon poetry. As a writer, Kaul’s writings are more on poetry by other Indian poets than his own. His ‘Historic Delhi: An Anthology’ demonstrates the connection of Delhi with history, and offers a unique flavor to anyone who wishes to know about Delhi or travel to this city. 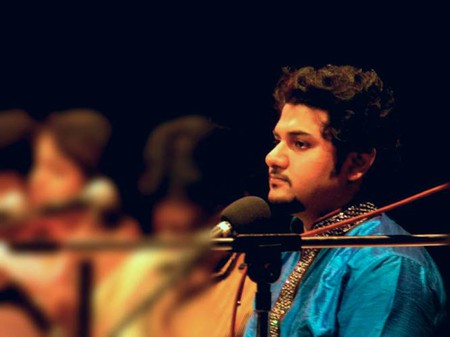 He cannot be considered a famous poet or writer, but GSP Rao is a visionary with a keen eye to develop poetry in pace with the advancing web-technology. He has brought a new rapidity to the Indian poetry scenario by conceiving the idea of the ‘Muse India E-Journal’ in 2005. As the journal’s Managing editor, Rao themes each of its issues, inspired by Indian culture. Muse India, apart from other literary sections has a dedicated space for poetry in each of its issues. Through its themed issues, this journal has effectively brought almost every contemporary Indian poet at one place. Surya Rao was also behind the initiation of ‘The Hyderabad Literature Festival’ which has earned great reputation as an annual gathering of authors, and particularly poets, in the city of Hyderabad.

Sonnet can be considered the new sensation of Indian Poetry. When most Indian youths are inclined towards westernized influences, Sonnet is a rare young Indian poet who dares to be rural and traditional in his outlook. Nostalgia, protest and sometimes mysticism predominate in his poems, particularly in his books ‘Ink and Line’ and ‘Diorama of Three Diaries’. Sonnet founded The ‘Enchanting Verses Literary Review’ in 2008 which soon gained tremendous momentum as one of the most widely recognized International poetry magazines from India. Sonnet was also one of the key persons behind the collaboration of this journal with the oldest print magazine of Macedonia- ‘The Stremez’. This endeavor has greatly contributed to the Indo-European cultural exchange since 2010 and has received special mentions in the Diplomatic Bulletin of Macedonia.