This Village in India Has No Locks or Doors 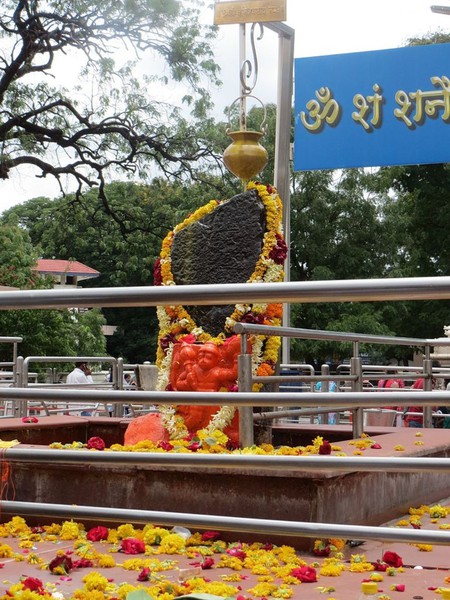 While cities in India are strengthening their security system with high-tech locks and doors, a village in Ahmadnagar district of the Maharashtra state, India, named Shani Shingnapur has houses and shops with no locks or doors—be it day or night. Here’s why!

Shani Shingnapur is home to nearly 4,000 people and all the houses in this village do not have doors or locks. You’ll just find the door frame. This is because of the villager’s immense and undying faith in the Hindu deity, Shani Dev (Lord of the planet Saturn). According to villagers, Lord Shani watches over the village and protects them from the evil eye. It is said that whoever attempts to steal here will immediately be punished with mental imbalance, blindness or long sickness, and whoever does anything wrong or dishonest will suffer from Sade-Sati, a period of seven-and-a-half years of bad luck—either through an accident, death, or bankruptcy. According to the local folklore, once, a villager tried to put wooden panes at the entrance of his house, and the very next day, he died in a car accident.

The Story Behind No Door or Locks in This Village

According to the legends, about 400 years ago, due to incessant rains, a slab of black stone washed up on the banks of the Panasnala River in the branches of a berry tree, and when the local shepherd prodded the stone boulder with a pointed rod, blood started dribbling from the stone. Later that night, Lord Shanaishwar (God Shani) came into the dream of the most devoted shepherd and told him that the slab of black stone was his own idol. The shepherd asked Lord Shani whether he should build a temple for him, which Lord Shani denied. Lord Shani said that this slab should be installed in the village, where he would reside. Further, he said that no roof or shelter was to be built over his idol, thus enabling him to keep an eye over the village without any hindrance, and he promised to protect the whole hamlet from any kind of danger or mishap. And, since then, the whole village got rid of all the locks and doors, leaving their money and jewelry unsecured, with a belief that Lord Shani is watching them and will keep them protected. Today, Lord Shanaishwar stands in an open yard without a roof.

In fact, the post office and shops in this village also do not have doors. In 2011, the UCO bank opened a lockless branch in Shani Shingnapur, the first of its kind in India. However, the bank has a glass entrance and a remote-controlled electromagnetic lock that is hardly visible, thus maintaining the traditional belief. In 2015, a police station opened in the area, again with no doors. The crime rate in this village is near zero.

While some of the villagers are now installing doors and locks, most villagers still believe in the age-old tradition of no doors and continue to follow it.

What once was a humble shrine has now become a huge iconic temple housing the deity of Lord Shani, kept on a raised platform in an open environment. This temple draws around 40,000 devotees every day to seek the blessings of Lord Shani. On Amavasya (the new moon day), the temple attracts over three lakhs devotees from across the country and beyond. A fair is held in honor of the God Shani on the new moon day and devotees bathe the idol with oil and water, offer flowers, and seek his blessings.