This Sacred Forest in Shillong, India is Guarded By One Strict Rule 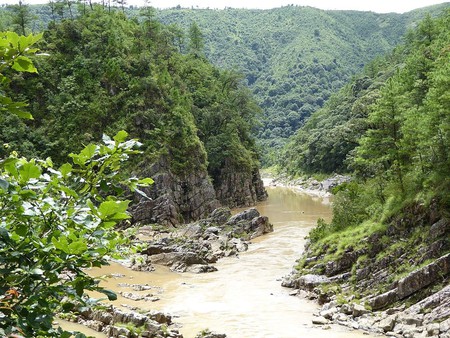 The East Khasi Hills and the Jaintia Hills District of Meghalaya are filled with sacred forests, all closely linked with the indigenous cultures and religious beliefs. The most sacred among these forests is the Mawphlang Sacred Forest, which is guarded by one strict rule – ‘NOTHING is allowed to be taken out of this Sacred Grove. Not even a leaf, stone or a dead log’. Failing to comply may lead to death.

Covering some 192 acres, the Mawphlang Sacred Forest, nestled in the East Khasi Hills near Mawphlang village, has its roots steeped deep in the age-old religious beliefs, in which forests are regarded as a sacred entity. The local Khasi tribes have been preserving this forest for thousands of years, and believe it to be the abode of the local deity, called Labasa. The tribal people have a firm belief that Labasa protects this forest and their community from any mishap. The deity takes on the form of leopard or tiger, and protects the village. To maintain favours or appease the local deity, the villagers make animal sacrifices in the stone temples located within the forest.

There is only one rule, however, to be followed in this sacred forest. And, that is – “You cannot take anything out of this forest, else the deity gets upset”. Removing even the tiniest thing from the forest means you’re disrespecting the deity. It is said that whoever attempts to break this rule is punished with illness, which can even lead to death. In fact, local lore says that in 1970, the army tried taking out the dead wood and trees from this forest, but they were not able to do so as the truck didn’t start even after trying multiple times. 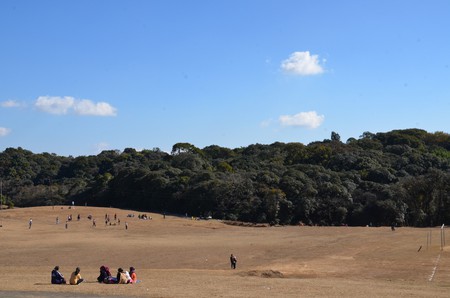 It isn’t just the legends and myths of the sacred forest that attracts tourists, its physical majesty is also a crowd puller. The entry to the forest is marked by lush green branches and as you step inside, you will see an inter-connected network of trees and plants – some of which are said to be over 1,000-years-old. It is an amazing visual spectacle, plus there is a widespread belief that some of these plants possess medicinal properties, including the ability to cure tuberculosis and cancer. In addition, there are monoliths inside the forest that are considered to be the spot for sacrifices. The local tribal people sacrifice animals here to make their wishes come true. 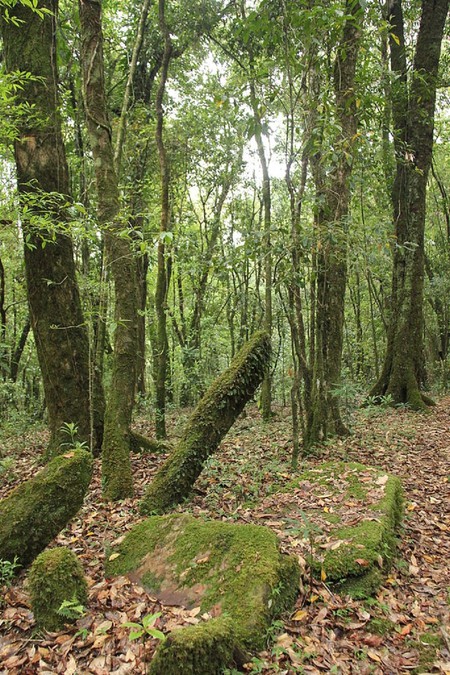 Locals often flock to this sacred forest to celebrate nature and other festivals. This sprawling forest comes alive, especially during the three-day monolith festival held here that showcases the tribal heritage and culture. 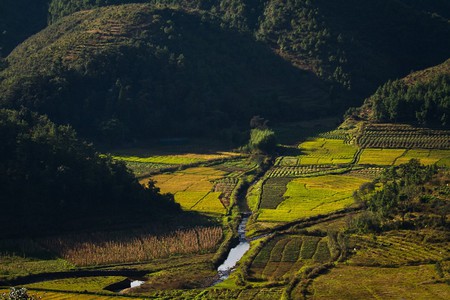 There is a smattering of accommodation options available should you wish to stay for a day or two and experience the tribal culture. The best option is the Maple Pine Farm that has four eco-friendly cottages, complete with all the basic amenities, as well as organised trips in and around the area. 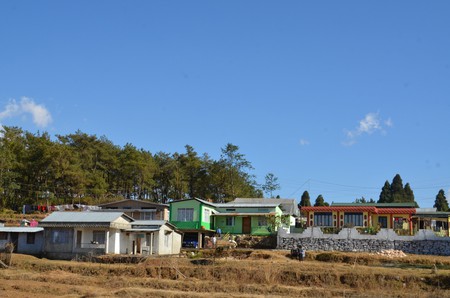 Mawphlang Sacred Forest is situated approximately 16 miles from Shillong. You can hire a cab/taxi from Shillong, and it takes less than an hour to reach there.