This Large Private Library in India is a Book Collector's Paradise 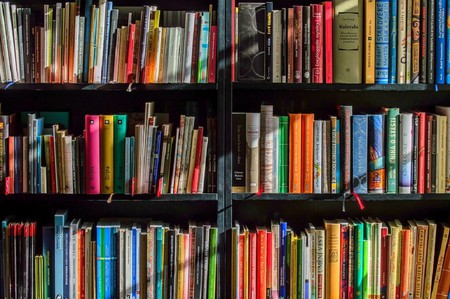 Nestled in the Tirukokarnam, Pudukkotai district of Tamil Nadu, Gnanalaya is one of the largest private libraries in India, with thousands of Tamil and English books available to peruse. Even more impressive is that it houses a vast collection of rare first editions, making it a book collector’s paradise.

In 1999, Gnanalaya was set up as a private library and research center by B.Krishnamurthy and his wife Dorothy. Krishnamurthy is a retired school teacher whose love for books goes all the way back to when he was a teenager. His father once gave him a signed copy of one of the rarest Tamil books that you wouldn’t be able to find anymore – Thanippadal Thirattu. Since then, he decided to collect every rare book. He travelled across the length and breadth of Tamil Nadu in search of rare books. Even Dorothy, who has worked as a botany professor, shares the same love and interest for books as her husband. 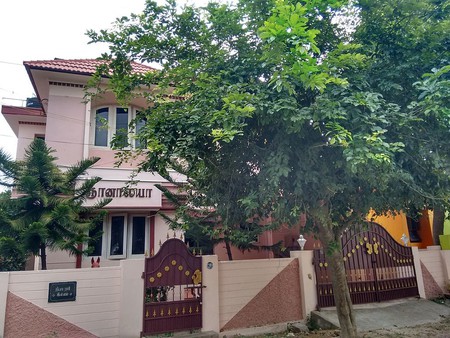 This septuagenarian duo has collected books at every stage of their life. The couple had spent their entire pension in building and maintaining the library. Today, this private library is a treasure-trove of books, mainly rare first editions of Tamil publications. Its aim is to promote Tamil literature, as well as the habit of reading. The library serves as a perfect reference point for academicians, students of Tamil history and culture, political speechwriters, and research scholars from foreign universities who are working on subjects related to South Asia and Southern India. Plus, in order to support and encourage researchers and scholars, there is no fee charged; the library is free for reference. Lending of books is not allowed!

There are books and categories to satisfy every reader – from biographies and novels to travelogues, folk literature, astrology, philosophy, history, culture and more. It’s a three-storey library with walls stacked with books from floor to ceiling. Some of the rare books include Veeramamunivar’s ‘Sathur Agarathy‘ (1842), a hand-written Tamil-Latin Dictionary (1867), French-Tamil Dictionary (1855), Swadeshi Geethangal (1908) by Subramaniya Bharathi, Bharathidasan collection of poems (1930), and several Tamil literary magazines from 1920 to 2010. The rarity of books, as well as Mr. Krishnamurthy’s enthusiasm to personally introduce readers to the rare gems is what makes book lovers flock to this private library.

Krisnamurthy’s extensive Tamil literature and publishing knowledge have helped him in building this grand library. He is often invited to literary events to share his stories. Even his wife has translated a book named ‘Meditations by Marcus Aurelius’ into Tamil language for Sandya publications. The duo wishes “to take the books across to as many people of the next generation”. Soon, they will have audio guides on all the books.