This Indian Song Was Condemned for Insulting the Prophet 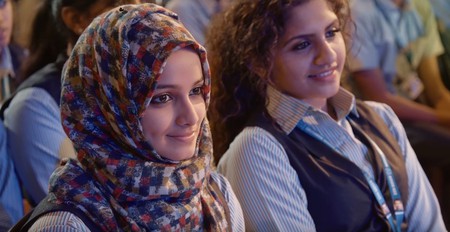 It has been a bittersweet few days for Oru Adaar Love (2018), a film from South India. While the music video for a song from the film went viral on YouTube as soon as it was released, a fatwa (a ruling on a point of Islamic law given by a recognised authority) was also issued against it, with an Islamic seminary claiming the song’s lyrics insult Prophet Muhammad and hurt Muslim sentiments. Here’s all you need to know about the controversy.

What is the film about?

Oru Adaar Love is a Malayalam film directed by Omar Lulu. The film’s plot revolves around the friendship and young romance between two school students. The film-makers released a song from the film called ‘Manikya Malaraya Poovi’ during Valentine’s Day week and it became an instant hit.

Why did the song from the film go viral?

The most memorable scene from the music video was a cute wink by the actress Priya Prakash Varrier at her male admirer. Varrier, who was unknown until the song released, became an overnight internet sensation in India. She has now become the third celebrity around the world to get more than 600,000 followers on Instagram in 24 hours, with only footballer Cristiano Ronaldo and reality TV star Kylie Jenner raking in more followers within the same time period. In just over three days, Varrier now has gone up to 3.5 million Instagram followers.

What’s interesting is that Malayalam is a language spoken dominantly in the state of Kerala, with just a few minorities speaking it in neighbouring states like Tamil Nadu and Karnataka. While the South Indian film industry is huge, films from this region rarely find popularity in other parts of India. But with ‘Manikya Malaraya Poovi’ it was different. Despite the language barrier, it found nationwide success.

Why was a fatwa issued against the film?

Jamia Nizamia Seminary in Hyderabad is one of the oldest Islamic seminaries of higher learning for Sunni Muslims in India. The institute issued a fatwa seeking the removal of the song ‘Manikya Malaraya Poovi’ from the film, saying its lyrics insult Prophet Muhammad.

The Hindustan Times quotes Ahmed Ali, the secretary of Jamia Nizamia as saying: ‘Our objection is not for the film, but a song that references the Prophet and his wife. The director should have used some other characters to depict the couple’s relationship. Why did he take the name of the Prophet? That is why we issued this fatwa seeking that the song be dropped from the film.’

One of the complainants had earlier said that he had enjoyed the song and the video but was disturbed after looking up the translation of the lyrics online. 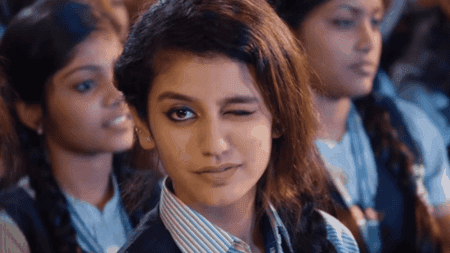 What is the song really about?

The song was originally composed in 1978 and belongs to the folk music genre of the Muslims of Malabar region in North Kerala.

The intro of the song references Khadijah, the wife of Prophet Muhammad, describing her as a ‘woman like the pearl flower’. It narrates how she fell in love with the Prophet at first sight and wanted to marry him. It also depicts several other instances from the Prophet’s life as well as mentioning several religious leaders of Islam.

The song is a blend of Arabic and Malayalam languages, but also includes some Urdu, Tamil and Persian words.