This Country is Building the World's Tallest Statue, Here's Why 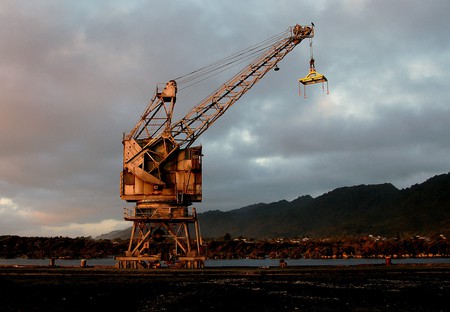 In just a few short months, the river island called Sandhu Bet in the Indian state of Gujarat will boast the world’s tallest statue that is expected to be twice as high as the Statue of Liberty and nearly five times as high as Christ the Redeemer in Rio. Dubbed the ‘Statue of Unity’, the controversial monument will cost a staggering US$460 million.

Using public funds and private donations, construction began in October 2014. It is said that upon its completion, this colossal monument will change India‘s identity to the world, as it will not just be a tourist attraction, but a glorious vision, a source of inspiration and a symbol of unity. This architectural and historical marvel, connecting India’s past with her present and future, is a tribute to the beloved Iron Man of India. 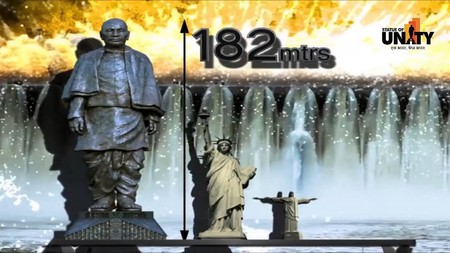 Who is the ‘Iron Man of India’?

This steel and bronze statue is a depiction of the Indian Independence Movement leader Sardar Vallabhbhai Patel, commonly referred to as the Iron Man of India. Considered one of the greatest leaders of the country, Sardar Patel is credited for playing a key role in India’s freedom struggle and the unification of the nation. His strong ideology, pragmatic approach and utter devotion led to the creation of an independent India full of potential. He was posthumously awarded the Bharat Ratna (the highest civilian award in India) in 1991.

A dream project of Indian Prime Minister Narendra Modi, the foundation stone was laid on October 31, 2013, which was the 138th birth anniversary of Sardar Patel. Spread over 20,000 acres of land, the statue is erected on a tiny rocky island around 1.8 miles from Sardar Sarovar Dam in the lap of the Narmada riverbed. The base on which the statue stands has three levels that contain an audio-visual gallery, a memorial garden and a museum/exhibition hall showcasing the life, contributions and achievements of Sardar Patel.

At a height of 152.4 metres from the riverbed, there will be an observation deck that will be able to accommodate 200 people at a time. This large decked area will enable visitors to get a 360-degree panoramic views of the Vindhyachal and Satpura mountain ranges, the 132-mile long Sardar Sarovar Dam, and the 7.4-mile long Garudeshwar Reservoir. Additionally, an open lift also boasting stunning vistas will be constructed alongside the monument. Visitors will be able to go all the way up to the statue’s head and enjoy a bird’s eye view of the surrounding landscape.

For an outstanding experience, a sprawling complex of buildings will be constructed, which will be connected to the monument via a long pedestrian bridge. The complex will include a visitor and conservation centre, a memorial, a 3-star hotel, an underwater aquarium, research centres and institutes, recreational spots and restaurants. The statue and its surrounding attractions will be accessible via boat.

The world's tallest statue to be complete this year in India A giant landmark is under construction at an island, surrounded by the Narmada River, in west India’s Gujarat state. The Statue of Unity is expected to be twice the height of the Statue of Liberty, making it the world’s tallest statue, when it’s finished in October. #sardarvallabhbhaipatel #statueofliberty #statueofunity #indian #historyofindia #historytv18india #historytv18 #ironman #of #india #indiapictures #instalike #instagram #successindian #followme #therealindia #indiapictures #indianpictures

It is believed that, as a symbolic contribution, the iron used in constructing the Statue of Unity and other structures around it has been sourced from farmers from 700,000 villages across the country. The monument is already 157 metres high and, once complete, it is expected to reach 182 metres (without the pedestal), making it undoubtedly the tallest statue in the world.

The credit for the monument’s design goes to well-known Indian sculptor Ram V Sutar. Furthermore, the entire project is being supervised by a consortium of Michael Graves & Associates, Meinhardt Group, and Turner Construction.

Even before the world’s tallest statue has seen the light of day, it has already attracted controversy. Since the commencement of its construction, the project has been facing stiff opposition from locals and environmentalists. Many locals are against the use of land around the monument for tourism infrastructure, as it is the site of religious importance. On the other hand, environmentalists claim that the project will affect the environment and ecology of the area.

And let’s not forget the staggering amount of expenditure incurred in building the project – it’s going to cost a whopping INR2,989 crore (US$460 million) in public funds!

The generous use of public funds – which could have been utilised for the welfare of the people – has sparked fierce debates and opposition across the country. Mohan Gurumurthy, from the Centre for Policy Alternatives, told the Telegraph in 2013 that “even Sardar Patel himself would have objected to money being spent in this way”.

Yet, despite the protests and outrageous operational and construction costs involved, ruling party BJP is determined to pay tribute to the freedom fighter in this manner.

“Sardar Patel brought the nation together. But gradually his memories are fading away. To reinvigorate his memory and as a fitting tribute to the Iron Man of India, we are building this statue,” PM Modi said at a rally addressing Indian farmers.

Accompanied PM Shri @narendramodi ji during his review of the ongoing #StatueOfUnity work at Sadhu Bet near Narmada Dam.

An initiative to boost tourism

It is believed that this mega project will firmly put the state on the tourist map. During a rally in Dabhoi in 2017 , Prime Minister Modi said, “Lakhs of foreign tourists visit Taj Mahal in Agra every year, but I feel that they will be forced to visit the Statue of Unity once it is completed. We were presenting Taj Mahal to foreign tourists, but this statue will also become another architecture marvel.”

However, as mentioned above, not everyone agrees with the prime minister. Mixed reactions are pouring in from people across the country. Some critics have called the project the ‘worst idea’ and ‘an absolute waste of money’, while others are upbeat about its future, as it will bring great revenue from tourism in the area.

The statue is expected to be inaugurated on October 31, 2018, the 143rd birth anniversary of Sardar Patel. When it opens later this year, it will officially replace the Spring Temple Buddha in Henan, China, as the world’s tallest statue.