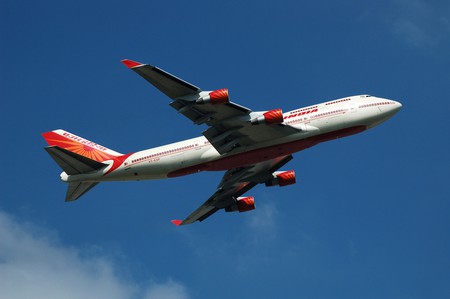 Air India, a New Delhi-based airline, is the latest to join the global movement toward cutting costs by making changes to its in-flight meal service. In this case, all economy-class meals on domestic flights will now be vegetarian, the airline says.

Air India announced yesterday that it would be cutting meat from its in-flight meals in economy class on domestic flights and offering only vegetarian meals, prompting a massive outrage on Twitter.

Only veg food on Air India.
Next, flight attendants to speak only Hindi.
After that, stand for national anthem before flight take-off. #BMKJ

BREAKING: To reduce costs, Air India converts 10 seats in every flight into a grass patch. Hungry passengers can graze by paying Rs. 99+GST.

The airline framed it as a cost-cutting move; after all, it’s currently more than $8 billion in debt, according to the New York Times. An anonymous airline official told The Hinduthe change is expected to save the airline about $80 million rupees per year, or about US$1.2 million. Meanwhile, some fliers are viewing it as a discriminatory move against India’s minority Muslim population and others that eat meat, at a time that Hindi-led religious nationalism is sweeping the country, says the Times.

But hey, Air India’s passengers still get full hot meals on all flights of more than 90 minutes, and snacks even on short hops. In our fairly extensive travel experience, vegetarian meals have often proved the most delicious in-flight option, so we’re not quite sure the uproar is justified. Because here in the U.S., we can only reminisce about the days when meals were served on domestic flights, and we’re a little envious that Air India passengers still have that option, vegetarian or no.