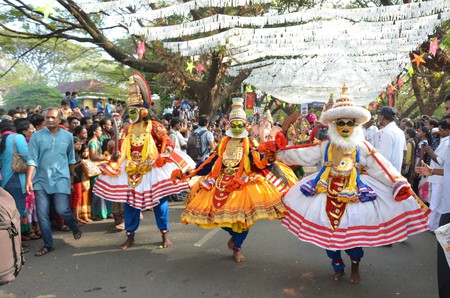 December is easily the favourite month for most people as it’s when you don your party hats and are ready to let loose. But if you’re looking for more than just Christmas or the New Year to celebrate, then head to the Cochin Carnival in the state of Kerala in India.

What is Cochin Carnival?

It is the time when the cosy little town of Fort Kochi springs into festive fervour and is bathed in a riot of colour, for the place plays host to the Cochin Carnival in the last week of December, every year. An array of activities and events mark the gala festivities. The fiesta focuses on the foundations of Peace, Adventure, Environment, Participation, and Progress. 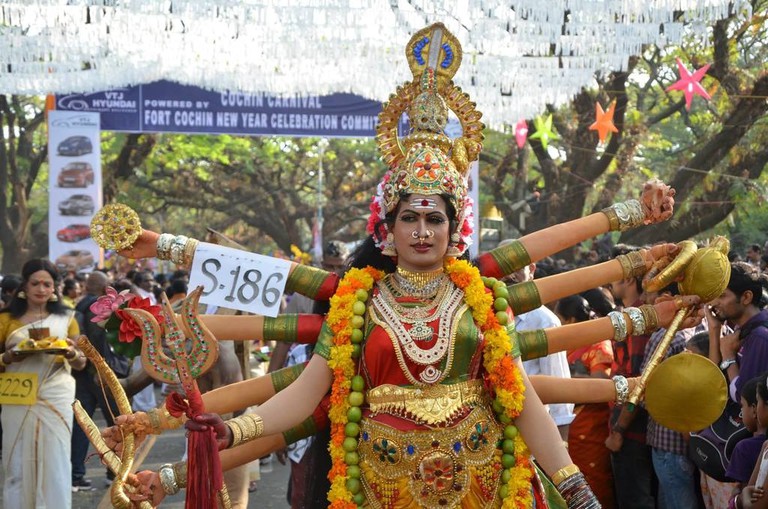 Fort Kochi is known for its colourful people and vibrant lifestyle, and their energy rises to frenzied levels during the Cochin Carnival. During this time, the town becomes a picture of revelry as it is decorated in confetti and lit up all night. The streets come alive with motley processions, music, dance, and flashy tableaux.

The early history of Cochin Carnival can be dated back to the time when the Portuguese ruled the area from 1503 to 1663. Fort Kochi was the capital and it was chosen by the colonisers as the ground for New Year festivities. Though the tradition died out after the end of the colonial era, this celebration was revived for the modern age by three men.

Ananda Felix Scaria, Antony Anup Scaria, and George Augustine Thundiparambil were instrumental in organising a beach festival in 1984 to honour the UN’s declaration of the year 1985 as the ‘International Year of the Youth’. The trio received support from 150 youth groups and organisations. The festival concluded on January 1, 1985, with a rally that saw the procession of richly decked up elephants in tune with the Panchavadyam (orchestra of five instruments). The fiesta that was christened the ‘Carnivale Cochin’ has continued ever since to its present form. 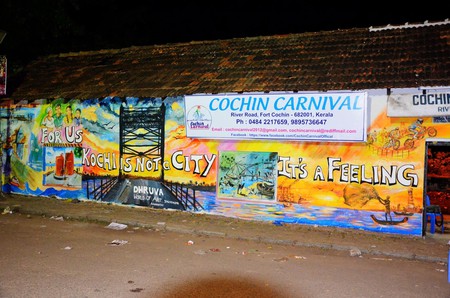 The Cochin Carnival is a celebration of life in all its vigour. Embrace this amazing spirit by taking part in activities and competitions such as kalam vara (floor art), kabaddi, vadam vali (tug of war), beach football, beach bike racing, boxing, bullet racing, cycle racing, kayaking, marathon racing, and swimming. Or allow yourself to be mesmerised by art shows, rallies, and soulful musical concerts. 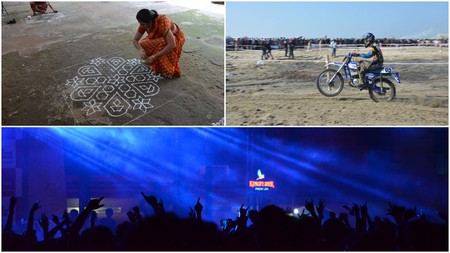 Feasting at the Fiesta

Festivities are incomplete without food. So, set out to enjoy the tasty fares at the beach town. Fort Kochi’s food scene has something for every budget. Choose from cafes – Mocha Art Café, Kashi Art Café, Teapot Café, Qissa Café, and restaurants such as Restaurant 51, Seagull Hotel, Fusion Bay, Oceanos, and Pepper House. 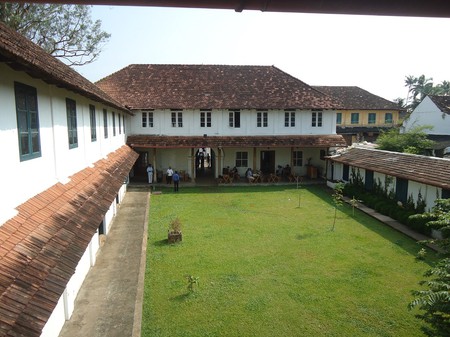 The Cochin Carnival is a photographer’s delight. Be ready with your camera for some of the most vividly hued sights.

The effigy of Papanai is burned at midnight between December 31 and January 1 to bid goodbye to the past year and usher in the new one. The burning of the figure is symbolic of casting away evil and initiating rebirth. It is then followed by a spectacular display of fireworks. 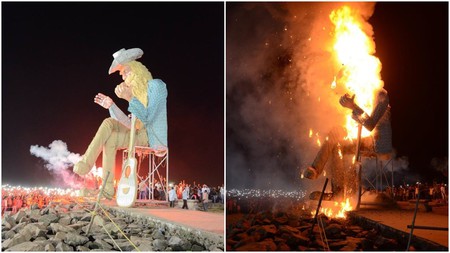 The finale on January 1 is the most awaited day as it is marked by a grand procession with an ornate elephant.

The festivity is an amalgamation of different cultures including those from other parts of India, such as Gujarati, Konkani, and Anglo Indian. 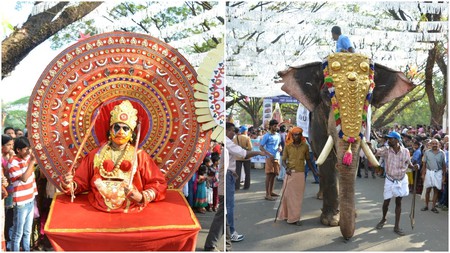 Fort Kochi sees a huge number of visitors from all parts of the world for the Cochin Carnival, so book your accommodation a month ahead. There are several inexpensive homestays to choose from. Book online at goibibo.com, agoda.com, oyo.com.

During the festivities, locals may be high in spirits, literally! Ensure your personal safety, especially at night.