These Gorgeous Valleys In India Should Definitely Make Your Bucket List 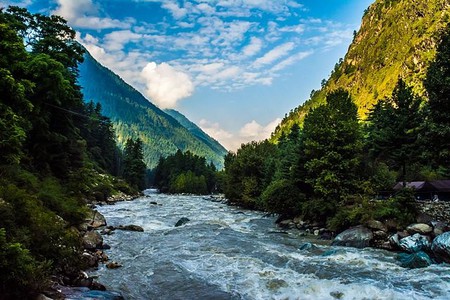 Serenade of the River | @Wikipedia

The topography of India is one of the richest and the most diverse in the world. Spectacular heights combine with jaw-dropping sights. While you’re out exploring nature’s bounty, don’t miss these mesmerizing valleys.

Har ki doon is the coliseum of the Garhwal Himalayas. This is a gateway to the unspoiled world of the Himalayas, a trail made out of alpine meadows, pine forests, and ancient villages. 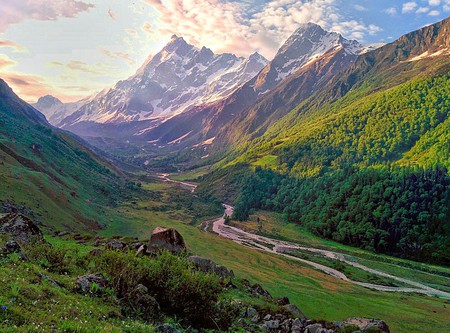 Dzukou valley lies on the border of the states of Nagaland and Manipur. The major chunk of the land is in Manipur but Nagaland has claimed the area as an important part of their state. How beautiful it is to be in two places at once.

View from base camp | @Wikipedia

Araku Valley is one of the most popular tourist destinations in Andhra Pradesh. Besides being rich in biodiversity, the valley is famous for its coffee and the Kothavalasa-Kirandul line that is the highest broad gauge line of the country. 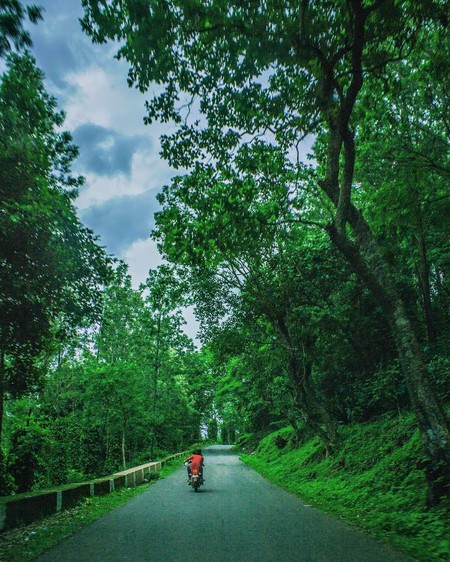 All roads lead to paradise | @Wikipedia

Kangra Valley sits peacefully at the foothills of the Dhauladhar range at an average elevation of 2000 feet. Dharamshala is the HQ of the valley and it is home to some of the most picturesque treks in Himachal Pradesh. The valley is also famous for world heritage site, Masroor Rock Cut Temple. 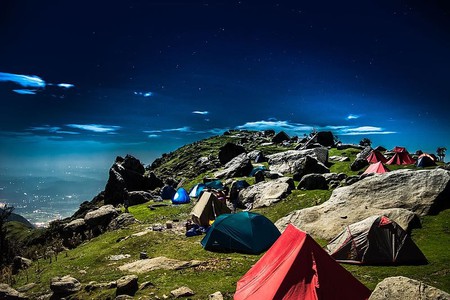 Parvati Valley is the spiritual valley of India. It rings with the torrential music of the Parvati River that can be heard from every nook and corner of the valley. The route of this valley passes through the Sikh and Hindu pilgrimage town of Manikaran and a scenic trek to Kheerganga where Lord Shiva is believed to have meditated for over 3000 years.

Serenade of the River | @Wikipedia

This valley and national park is every explorers’ dream hideout. The forest of Neora Valley is so dense that a major chunk of its area is still unexplored. As one of the richest ecological zones in eastern India, it should be at the top of every wildlife and nature enthusiast’s must-visit list. 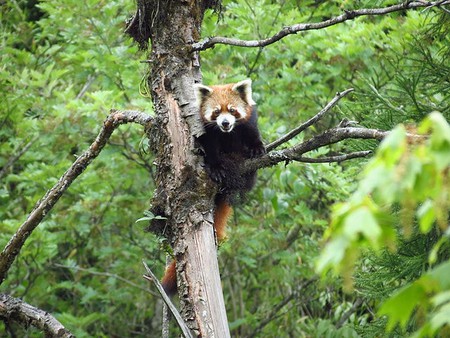 Picture a mountainous backdrop that is not just limited to hues of green, white and brown. This valley is the most vibrant of all in the western Himalayas. The colourful meadow of the valley perfectly complements the rugged terrain of the Nanda Devi National Park to the east. 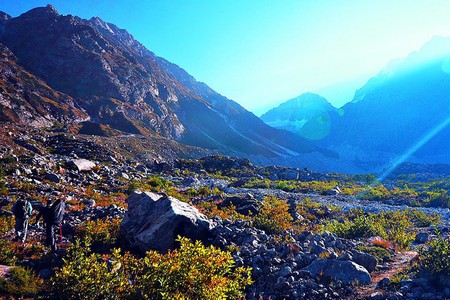 Trekking the routes of a dream | @Sandip/Flickr

This high altitude (cold) desert was once called Ldumra, which means the ‘valley of flowers’. It provides a magnificent landscape for the Shyok River traversing the brown rugged terrain blanketed by deep blue skies. As of April 2017, you require an inner line permit to visit Nubra Valley. 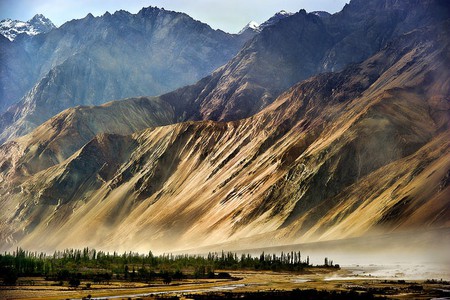 For those who are tired of suffering through their existential crisis, the Silent Valley speaks for itself. Located in the Nilgiri hills, it is the second largest national park in Kerala and its rich ecological history remains untainted to this day. 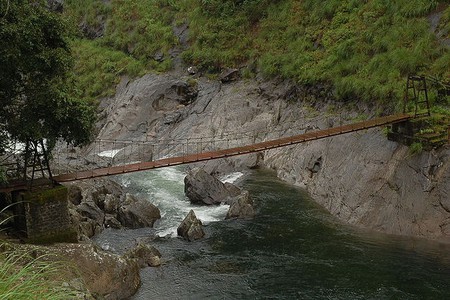 Lying on the periphery of the Great Himalayan National Park, Tirthan Valley is one of Himachal’s hidden jewels. It is home to quaint hamlets, magical waterfalls, and copious undiscovered trails that are perfect for exploratory treks. 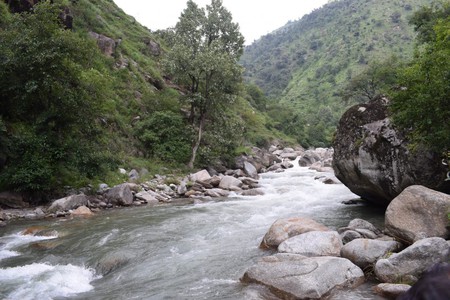 The magnum opus of the eastern Himalayas, Yumthang Valley is where all the nature lovers yearn to be. At an altitude of 11,693 feet, the valley is not just big on hot springs, pristine lakes, and yaks but it is also known as a rhododendron paradise with at least 24 distinct species. 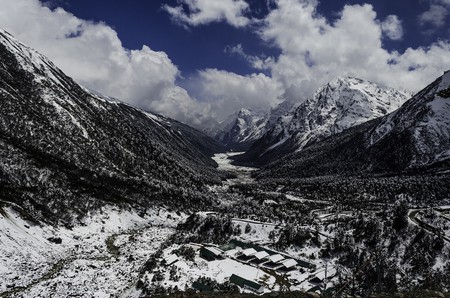 These lush slopes provide a quintessential Kashmiri experience. Lidder Valley’s main takeaway is its river that formed the valley by cutting into the Himalayan ranges. Lidder River flows through Aru, Pahalgam, Akad and Betab Valley that are also the best-known tourist and trekking spots in the region.