These Famous Festivals and Fairs in Himachal Pradesh, India Are Not to Be Missed 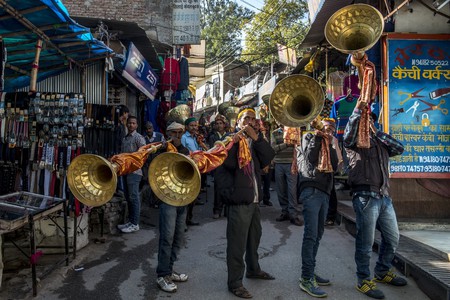 Himachal Pradesh lures travelers with its snow-clad mountains, picturesque valleys, abundant natural beauty and adventure sports. In addition to this, the state holds a raft of bucket-list worthy festivals and fairs, reflecting its rich and colourful heritage, culture, traditions and beliefs.

The core of Dusshera – the victory of good over evil – remains constant throughout the country, however its celebration varies. Instead of following the norm, which is burning an effigy of the demon king Ravana, the Kullu Valley celebrates by worshipping Lord Raghunath. The traditional Kullu Dusshera stretches for seven days, and begins with the procession of Lord Raghunath along with other village gods and goddess, carried on a beautifully decorated chariot across the town. The subsequent days are celebrated by dancing, singing and feasting, and several cultural events are also held, such as international folk festival, Nainadevi fair and Kullu fair. The Gaddi shepherd folk performances are a must-see. 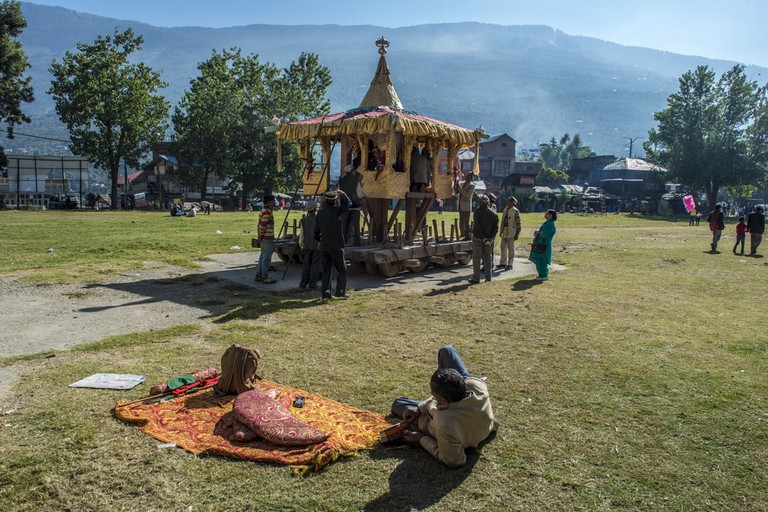 The festival concludes with a sacrificial offering of an animal on the seventh day. The aforementioned chariot is taken to the banks of River Beas, where a huge pile of wood and grass is set alight as a symbol of burning the figurine of the demon king of Lanka (Ravana). Following that, the idol of Lord Raghunath and other gods/goddesses are taken back to their temples in a grand procession. Several hundred thousand people from across the world come to witness this grand spectacle and pay homage to Lord Raghunath.

When, where: October (Begins on the 10th day of Dussehera and last for one week); Dhalpur Maidan, Kullu 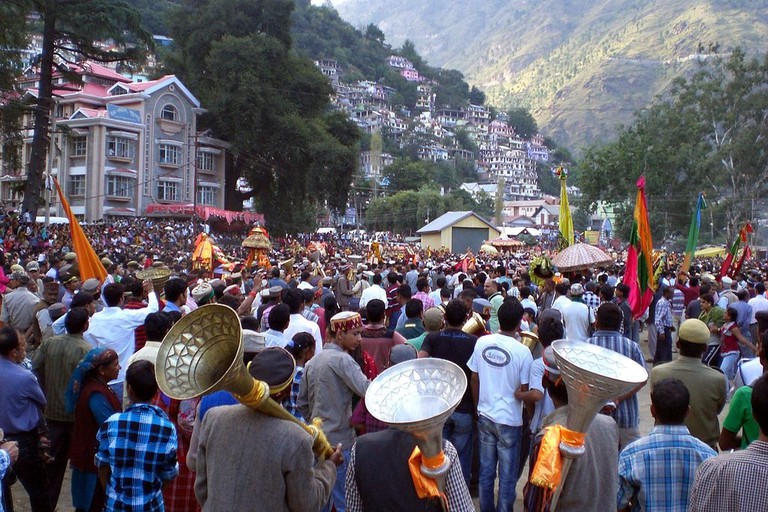 One of the famous festivals in Himachal is the Halda festival, which welcomes the New Year by paying tribute to the goddess of wealth, Shashikar Apa. During the day, a special ceremony is held in which people worship the goddess and seek her blessings, and by night, there’s everything from musicals, bonfires, dancing acts, heady cocktails and a grand feast. As a part of the age-old ritual, every household in the district has to bring lit cedar twigs and when all the people assemble at a common location (which is decided by the Lama), they throw the lit twigs into the bonfire. The bonfire symbolizes harmony and solidarity in the community.

When, where: Though the actual date and place of the festival is decided by the Lama, it is usually celebrated either in December or January, over a period of two days, in the Lahaul district of Himachal Pradesh. Most of the villages in Himachal also hold their own Halda festival.

For over three decades, the Himachal Winter Carnival transforms Manali into an adventure and culture lover’s paradise. What started as a small carnival back in 1977, is now the most famous festival in the state, attracting hordes of visitors every year. This carnival focuses on promoting the culture of the state by means of street plays, folk dances, music and local cuisine. The carnival also includes a band competition, skiing championships, adventure sports, beauty contests, a food festival and craft bazaar, with several awards up for grabs.

When, where: January; Manali

When the winter sets in, Himachal Pradesh transforms into a magical wonderland of white landscapes, beckoning adventure lovers and travellers to experience this charm. One of the popular festivals held during this season is the Ice Skating Carnival. Said to have Asia’s largest natural ice-skating rink, Shimla lures ice-lovers of all levels. From figure-skating to skiing and ice-hockey, this festival does it all. Dance shows and fancy dress competitions also form part of this charming carnival, which lures people in their thousands, every year. 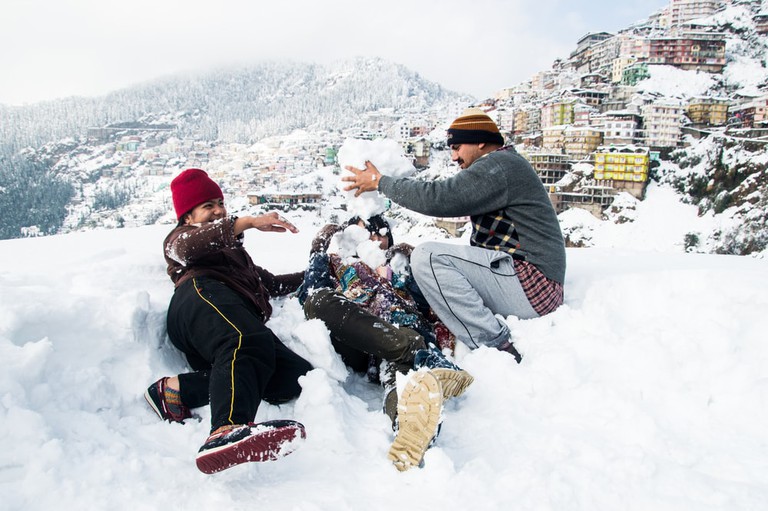 The carnival events are organized by the Shimla Ice Skating Club, in two daily sessions, one in the morning and the other in the evening. Basic skating equipment is provided by the club.

When, where: December to February; Shimla

The International Himalayan Festival is an intriguing festivals, which celebrates his holiness the Dalai Lama’s Nobel Peace Prize. It lasts for three days, and aims to build harmonious relations across different local communities. The festival features cultural performances and events, local artists and students of the Tibetan Institute of Performing Arts. With a number of budget hotels in the region, visitors can make a holiday of the festival and enjoy both the cultural shows and picturesque surroundings.

When, where: December; McLeod Ganj

While the world celebrates New Year partying, monasteries in Himachal Pradesh have their own beautiful way of welcoming the New Year – Losar festival, also known as Tibetan New Year. The festival is marked by worshipping the holy deity of the monastery to bring peace, happiness and good fortune for the incoming year. And, the celebrations are an amalgam of age-old customs and rituals, which provides an insight into Tibetan culture and beliefs. These include chanting, colourful mask dances by the Lamas, drama, folk music, prayers, Tibetan opera and several other traditional performances – it is definitely a sight to behold. 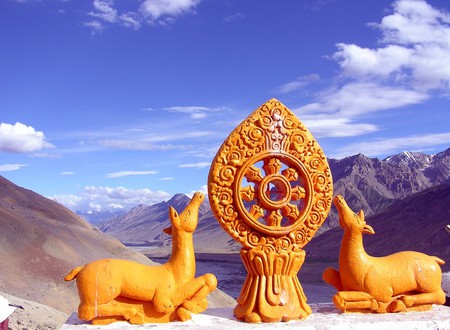 Though monasteries scattered throughout the state celebrate this festival with great zeal and zest, the festivities at the monastery in Lahaul & Spiti Valley stands out. The festival lasts for about 15 days, and several thousands of visitors from across the world join in to be a part of this grand celebration.

When, where: February; Monasteries throughout Himachal

Summer Festival is a celebration of the rich cultural heritage, tradition and spirit of the state. This festival is held at The Ridge, every year. The ten-day event features local folk dance performances, handicraft exhibitions, flower shows, sports tournaments, beauty contests, magic shows, photography and gastronomy competition, dog shows and live music concerts and shows by renowned artists and singers. The festival has events and shows for all ages and abilities and ttracts thousands of visitors with its lively and cool atmosphere of fun and great sound.

When, where: May/June; Shimla

Doongri Fair, also known as the ‘Hadimba Devi Fair’, as it is held at the Hadimba Temple in Kullu, is the celebration of the arrival of spring. This fair provides a visual onslaught of colour that engulf the entire Valley of Gods (Kully Valley). At this time of year, the area blossoms with a vibrant display of flowers, lush greenery and new leaves – creating a stunning spectacle. Beyond the blooming flowers, musical and dance performances by local artists draw visitors from around the world.

When, where: May; Kullu Valley 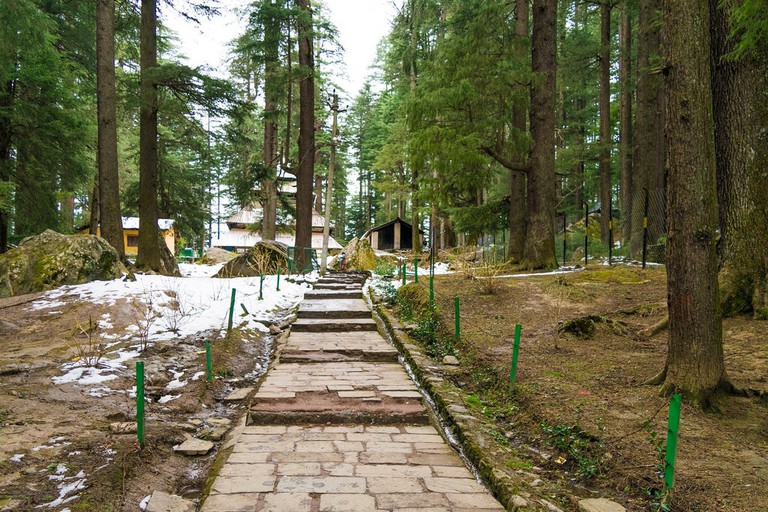