The Wandering Bauls Take Music as Their Religion 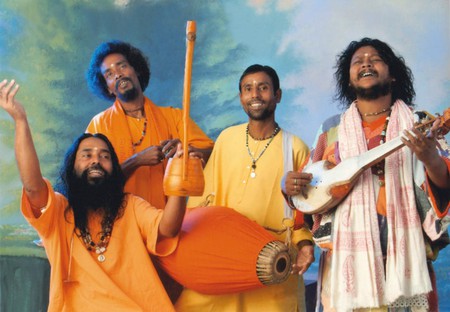 Baul music may be an unfamiliar genre for anyone who has never resided in West Bengal or Bangladesh, but this UNESCO World Heritage-listed musical style has influenced the culture of the area. The Bauls are singers who share folklore through music, but what makes these singers unique is their unconventional lifestyle and rich cultural history.

The first mention of bauls in history was found in a text from 15th century A.D. The word ‘baul’ is derived from the Sanskrit word ‘batul’, which means ‘mad’. The origin of this sect of musicians stems from the extreme spiritual attainment they achieved, which supposedly drove them mad. They renounced families and all worldly pleasures and wandered around villages in areas of what is now West Bengal and Bangladesh, singing lore and constantly striving to obtain union with the divine. Through their songs they preached about life and spirituality. In the days of yore, when the nomadic bards used to travel to various villages, the villagers looked after them, gave them food and shelter. In return, the wandering bards enriched the villagers’ lives with baul song and music. The bauls never cared enough to leave documents of their history and origin, but historians have tried to trace their origin by analyzing the lyrics of their songs.

The bauls worship music and do not subscribe to any mainstream religion. Their music is heavily influenced by the mixture of cultures which this part of the world has witnessed. The Hindu tantra practises, the Sufi saints of Persia, and elements of Buddhism have all provided an important role in the development of this sect. The lyrics of baul songs are in Bengali language, the local tongue of the region. 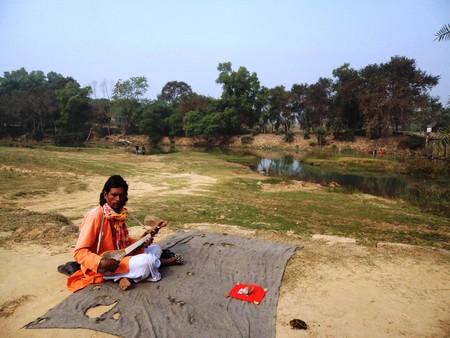 Baul music is incomplete without the ektara, the single-stringed musical instrument which is critical in creating the otherworldly charm of baul songs. The instrument is usually made of a dried gourd, which acts as the resonator, with a metal string running through its neck. Plucking the string with the index finger generates a unique melody, which is inseparably associated with baul songs. The ektara originated in the Rahr region of West Bengal, which is comprised of the districts of Bankura, Birbhum and Nadia. Though the ektara is the show-stealer, baul songs are incomplete without the melodies of a type of percussion instrument known as dhol cymbals, flute and anklets with bells known as ghungur.

Before the partition, Bangladesh was a part of India. The country of Bangladesh and the present Indian state of West Bengal was jointly known as Bengal. Baul music has greatly influenced the culture of the region and it reflects in the poetry and music composed by Nobel Laureate Rabindranath Tagore. Even to this day, Shantiniketan, a town founded by Rabindranath Tagore’s father, continues to be the hub of the baul culture in West Bengal. 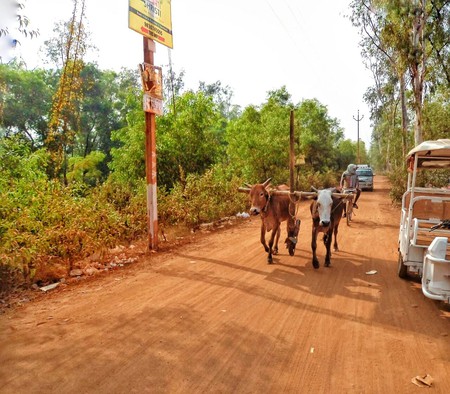 Under the patronage of the current government of the state of West Bengal, baul music has regained its lost sheen. In an attempt to please a wider (and younger) audience, baul music is sometimes improvised to suit everyone’s tastes. It has even been recognised on the list of UNESCO Intangible Cultural Heritages in 2005.

The lifestyle of the modern-day urban bauls is not necessarily simplistic. Some of the practitioners have even escalated to the status of celebrities, such as Purna Das Baul, Kartick Das Baul. But wandering musical bards, with their heritage rooted in the red soil of rural Rahr Bengal, are not totally extinct. The saffron-robed mystic minstrels can still be sighted in the Khoai belt of West Bengal, walking on the red soil with an ektara in hand. The best way to catch their music live is to attend the village fairs. The weekly fair which takes place every Saturday in the Shonajhuri area of West Bengal is a good opportunity to witness baul performance. In the annual fair of Shantiniketan, known as Poush Mela, the bauls put up a gala concert. They don’t charge for their performance but leaving money on their mat is considered a thoughtful gesture – and a mark of respect for the long history behind their music.