The Underappreciated Paintings Of Rabindranath Tagore 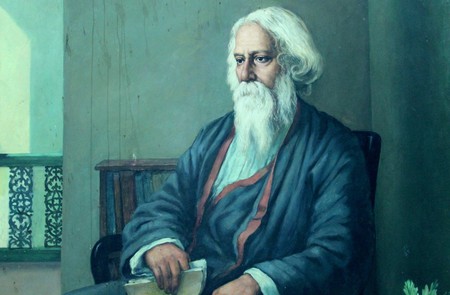 Rabindranath Tagore — popularly known as ‘Gurudev’ — was one of India’s most cherished renaissance figures, who put India on the literary map of the world when he received the Nobel Prize for Literature in 1913. A highly prolific artist, Tagore was best known as a poet. However, not many know that Tagore was also a gifted painter, in addition to being a social reformer, novelist, dramatist, essayist, an educator, and a philosopher.

Tagore’s artistic adventure began with doodles. Crossed-out lines and words would take unplanned and accidental shapes, driven by intuitive decisions, usually budding from the memories of art and objects he saw in museums and books. Most of them represented animals but seldom the ones we know in reality; more often his doodles represented what he described as “a probable animal that had unaccountably missed its chance of existence” or “a bird that only can soar in our dreams.” Spurred by a spirit of inventiveness, his works merged the familiar with the unknown. You can see the representation of a living animal’s movements onto an imaginary body, or of a human gesture expressed through an animal’s body. 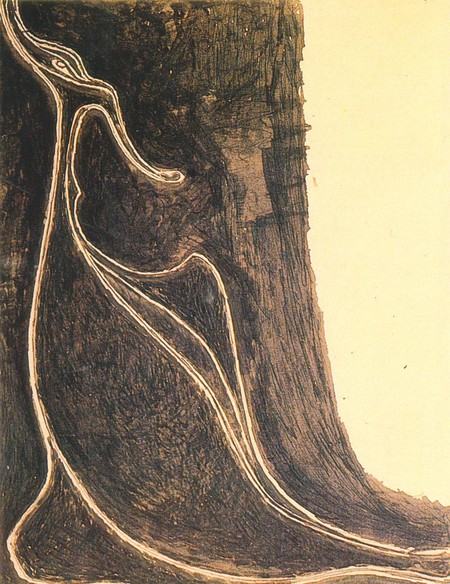 Landscapes are the smallest output to Tagore’s art. After he developed his love for painting, Tagore described the visible world around him “as a vast procession of forms.” As a child, he spent hours observing the forms of nature from his window. He derived a sense of companionship and support in the silent conversations he had with nature. He habitually rose early, before sunrise, and admired the sky wrapped in the morning twilight. Landscapes painted by Tagore emerge from this innate love. Most of the landscapes he painted showed nature bathed in the evening light, skies and forms coagulating into ominous silhouettes. His landscapes invoke mystery and a sense of disquiet and silence. 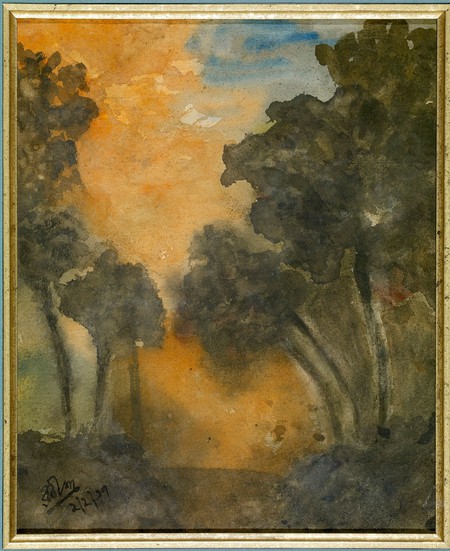 Tagore did not name his paintings, but by leaving them untitled he freed them from the limits of literary imagination. He wished his viewers to read the paintings in their own light and admire them in individual ways. This section of his paintings was deeply influenced by his experience in theater and as a playwright. The animations, costumes, furniture, and colors used do not suggest activities of an everyday life but are decorated with a dramatic motif. When seen in a group, these paintings are like wordless theater. 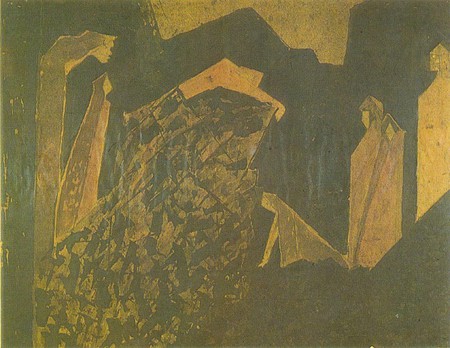 The human face is a prominent constant in his artistic works and speaks of his undying interest in human persona. As a writer, Tagore linked human appearance with emotions and essence. He found a similar opportunity as a painter. His painted faces speak of vast human experience and intrinsic human emotion. His faces speak of various moods: mysterious, brooding, dramatic, and romantic; of wonderment, fear, and melancholia. Most of the women he painted are shown covering their hands and bodies under folds of their flowing veils or saris signifying the closeted existence of the Bengali women of his time. Their eyes suggest sadness, and the dark shadows behind their faces suggest their inability to express themselves. 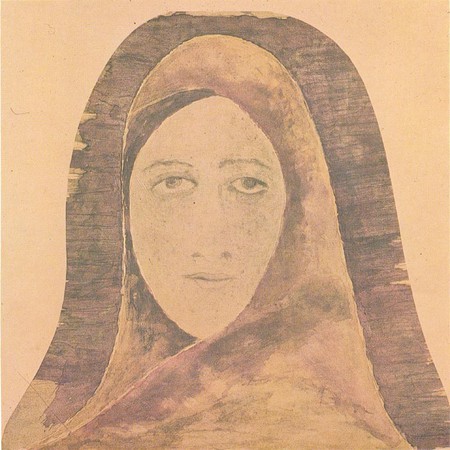 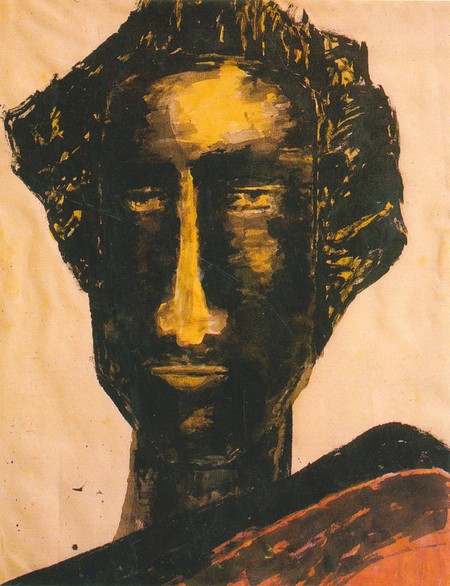 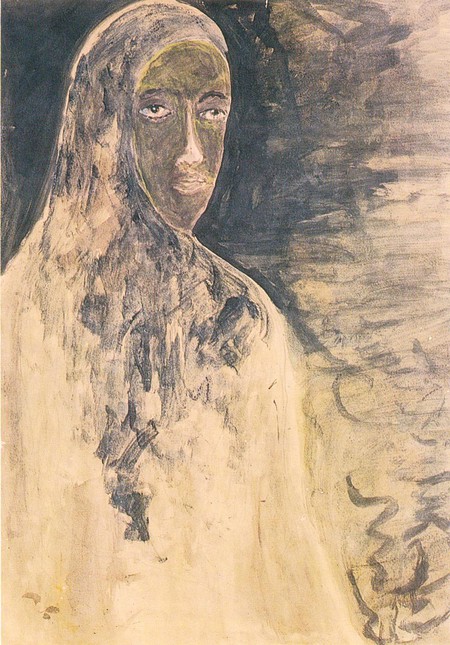