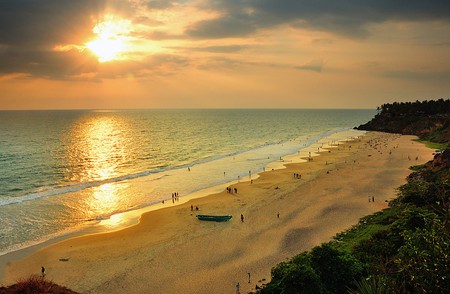 Think sun, sand and sea and your mind probably goes straight to India’s tourism capital Goa. But with a coastline of just over 100 kilometers, this former Portuguese colony forms a meager part of the vast and varied Indian shore.

There are innumerable less famous but equally spectacular beaches dotting the country’s periphery. Spanning a total of 13 coastal states, including two union territories and the islands of Lakshadweep, Andaman, and Nicobar, there’s a lot of unexplored coast for you to map out. Here’s a selection of one beach from each of these distinct regions that would together make for the ultimate coastal tour of the subcontinent.

Beach number seven on the western coast of Havelock Island, Radhnagar Beach is famous for being crowned the Best Beach in Asia by Time Magazine in 2004. With pristine golden sand and clear blue water, it is one of the most visited spots in the Andaman and Nicobar group of islands. It is also the most romantic sunset spot in the country and hence, a popular honeymoon destination.

Although just 125 kilometers from bustling Kolkata, Bakkhali seems a world apart. Less popular than the seaside resort of Digha, Bakkhali provides safe respite from crowds and commotion, with the added benefit of cheaper accommodation. Beach chairs are available for rent at a nominal cost and a handful of stalls sell a delectable variety of freshly cooked seafood. The nearby attractions of Henry’s Island, Jambudwip, and the adjacent Fraserganj beach make Bakkhali an idylic weekend getaway.

Connected to the popular beaches of Digha, Talasari is remote and rustic. Calm waters, cool winds, dense palm trees, and clean bronze sand provide the perfect setting to reconnect with nature. You can enjoy a spectacular sunrise or sunset while taking a gentle boat ride or a long walk along the shore or simply watching the fishermen go about their life. If you’re in search of solitude and peace, this languorous locale is the place to be.

A clean stretch of golden sand and several water sports on offer make Rishikonda one of the top beaches in South India. The gentle waves in the Bay of Bengal are particularly suitable for water-skiing and windsurfing. Surrounded by greenery, the beach also offers stunning views of the sunset and plenty of accommodation and food options. All in all, a great holiday spot, just eight kilometers from the commercial hub of Visakhapatnam. 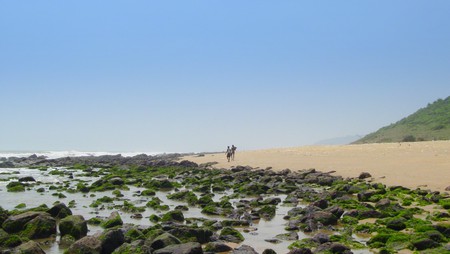 Affectionately known as Pondi, this former French colony is perhaps the most cosmopolitan part of the country and home to a sizable foreign population.

Paradise Beach is eight kilometers from the main town, and can be accessed only via boat from the Chunnambar Resort.

As a private beach, it is well maintained and offers convenient changing rooms, restrooms and a good-quality restaurant. Swimming is only permitted close to the shore as currents can be strong further in. In all, a great place to unwind if you have a couple of hours to spare in Pondicherry. 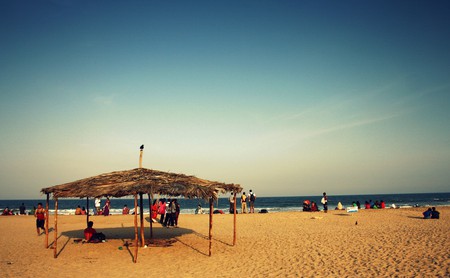 Dhanushkodi is essentially a ghost town but is of high historical and Hindu religious significance. It is located on Pamban Island and forms the only land border between India and Sri Lanka. Unmarred by commercialization, the beach is serene and less crowded than most other beaches. Swimming, however, is discouraged as the currents are dangerous throughout the year. Dhanushkodi is also the point of confluence between the Bay of Bengal and the Indian Ocean. 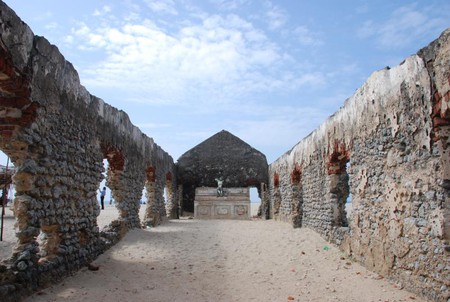 Ruins on the beach at Dhanushkodi | © Chandra/Flickr

This beach offers spectacular views of the sunset as well as the Varkala Formation, the only set of cliffs on the otherwise flat Kerala coast. There are numerous water spouts and spas considered to have medicinal properties. In fact, another name for the beach is ‘Papanasam’ which means ‘to wash away sins.’ Varkala is also a place of religious significance due to the Sivagiri Mutt, tomb of social reformer and sage Sree Narayana Guru. The 2000 year-old Janardhanaswamy Temple is also close by.

With excellent accommodation facilities and the development of several Ayurvedic centers, Varkala is fast becoming a popular health resort. 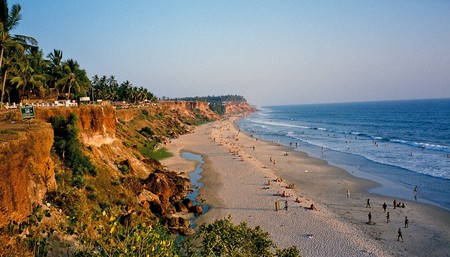 Bangaram is one of the most tranquil and untouched islands of the Lakshadweep, a chain of exquisite coral reefs and atolls off the coast of Kerala. Accessible by boat from Agatti, this isolated stretch of beach makes for the perfect peaceful getaway. You can spend hours under the palm trees, soaking up the sun, or dive amid a rich variety of marine life. Trained diving instructors are available, as are other activities like kayaking and snorkeling. Unfortunately, the only place to stay – the Bangarm Island Resort – is currently closed, but it’s expected to be back in business soon. 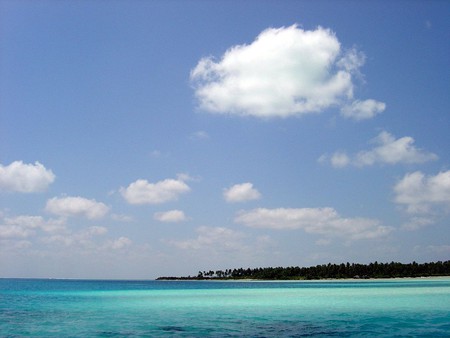 A quieter, less commercial alternative to bustling Goa, Gokarna is a hippie haven as well as an important temple town. It is home to some of the most secluded beaches in the country, of which Half-Moon Beach is perhaps the most picturesque. Not accessible by road, it can only be reached by either a short trek or boat ride from the more popular Om Beach. There’s not much to do other than soak up the sun by day and camp under the stars by night. Pure bliss!

With the Karli backwaters on one side and the turquoise blue sea on the other, Tarkarli enjoys immense popularity despite its proximity to Goa. It is a coral beach with arguably the finest white sand along the entire stretch of Konkan beaches. Several water sports are available, as are places to stay and eat. Tarkali village is famous for its Ramnavmi Utsav, celebrated every year at the Mahapurush Temple.

Gujarat’s beaches predominantly attract more pilgrims and local tourists as opposed to foreign travelers, mostly due to the alcohol prohibition laws and a somewhat conservative social milieu. Home to several important temples, there’s not much scope to flaunt swimwear and sunbathe here, but Mandvi beach is still a pretty place to stop by if you’re in the area. A number of accommodation options are available and you can take a camel or horse ride along the shore. Speedboats are also available but there are no public facilities to wash or change after a dip in the sea. Most importantly, Gujarat is known for its food and a plethora of delicious local snacks are available to appease every palate.

The union territories of Diu and Daman boast several exquisite but underrated beaches. Close to the dry state of Gujarat, Diu attracts many drunken weekenders who can be a bit of nuisance. Chakratirth, however, is one of the less crowded beaches due to the absence of restaurants, shops and stalls. It’s an ideal place to enjoy some solitude and watch the plentiful bird life that includes egrets, herons, curlews and sand pipers, among others.

Lastly, any listicle of India’s beaches would, of course, be incomplete without at least a mention of Goa. And while it’s near impossible to pick any specific ‘best’ beach from this coastal paradise, Palolem seems to offer just the right balance of hubbub and serenity. Ensconced between two majestic headlands, the beach is crescent shaped and lined with towering coconut palms. A variety of bamboo-hut accommodation is available during the thriving winter-spring months, but Palolem is particularly beautiful during the monsoon. The ideal place to spend a lazy rainy afternoon, tucking into some delicious seafood at a beachfront restaurant as the rain pours and the ocean roars, and all your stresses simply melt away. 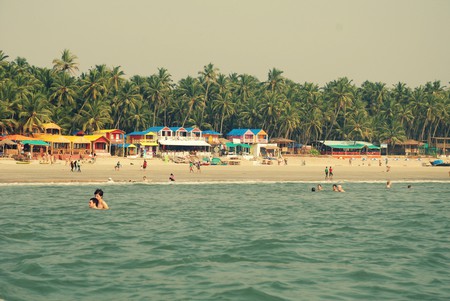