The Tribes Of Andamans: A Look At The First Indians 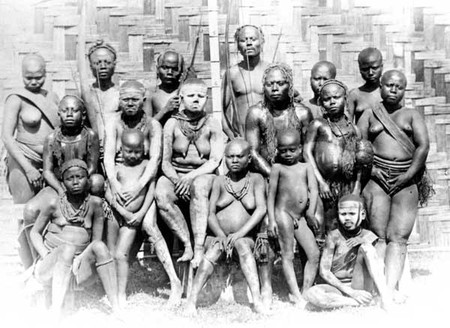 The Andamans of India are home to the nation’s most elusive tribes. Traced back as the first Indians by a genetic study, these fascinating tribes refuse to be part of mainstream civilization and continue to maintain their own, proud identity.

The islands of Andaman and Nicobar are home to one of the world’s most primitive tribes. They have been the subject of intense academic study and a source of wonder to the world that hurriedly passed them by through means of technological development. According to a genetic study by the Centre for Cellular and Molecular Biology (CCMB), the tribes of the Andamans can be traced back 65,000 years. The first migrants from Africa populated these islands, and it would not be wrong to call them the first Indians. As their numbers dwindle due to various reasons, take a look at the fascinating Andaman tribes of Negrito origin.

Once the largest tribe on the isles, the Andamanese numbered close to 10,000 in the 18th century. Unfortunately, their numbers dwindled to just 19 by 1969, but by the 1999 census, their numbers were up to 41. The reason for the loss in numbers is attributed to loss of hunting territory, colonial warfare, and alcohol. Through the years, they have lost their cultural and linguistic traditions, and now most of the members of these tribes speak in the Hindi language, or a mixed language, the Great Andamanese Creole. 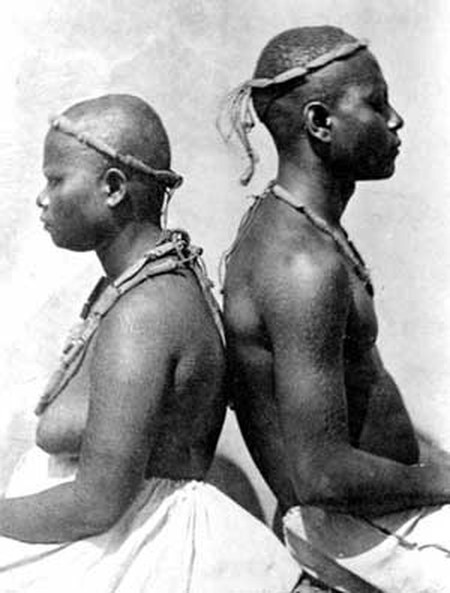 Found on the South and Middle Andaman islands, the Jarawas are hunter-gatherers. Their number is currently estimated to be around 420. The name ‘Jarawa’ comes from the Great Andamanese language and literally translates to ‘strangers.’ There are tales of a constant feud between the Jarawas and the Great Andamanese people. Interestingly, the Jarawa tribe remains the only Andamanese tribe to not take any government subsidy whatsoever. They still hunt for their game and roam the lands naked. The only time you will spot someone from the Jarawa tribe in clothes is when they are offered clothes while going to Port Blair, the capital city. Their first interaction with civilization was recorded on video and remains a fascinating watch:

The Sentinelese people are sometimes referred to as the most isolated tribe in the world, and have never been known to have made any contact with people from the mainland or the government. The isolation is reflected in their language, distinct from the other languages of the isles. Their numbers are estimated at a median of 250. Known to be hostile to any outsiders or attempts at contact from the outside the world, they have been wrongly labeled ‘savage’ by some. Compared to the other tribes on the isles that discovered the ill-effects of being in contact with civilisation, the Sentinelese are often noted as extremely fit and healthy. Here‘s the first ever recorded friendly encounter with the Sentinelese, captured on video.

A semi-nomadic tribe from the Negrito lineage, the Onges have taken to the basic trappings of the modern world. Tours through their segregated areas have spotted them walking in housecoats and slippers. However, they are not keen to interact with tourists or people from the mainland. They depend on nature for all their food and are known to be able to make canoes and semi-permanent structures for housing. They were also the only known inhabitants of Little Andaman till the 1940s. 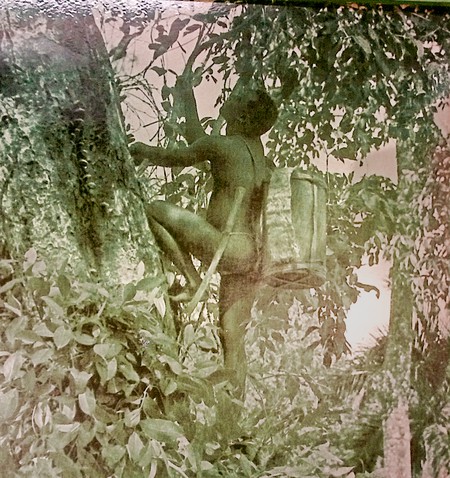 The Government of India currently maintains a no-contact policy towards these tribes, with special areas demarcated for them. However, tourism has had its effects on these tribes. A grey area, tourism in these areas has been long thought of immoral, reducing these fascinating tribes to human safari exhibits. Activists continue to fight for the rights of these tribes to live life according to their customs and to save them from impending doom that will follow any effort at ‘civilizing’ them.