The Top Things To Do And See In Jaipur 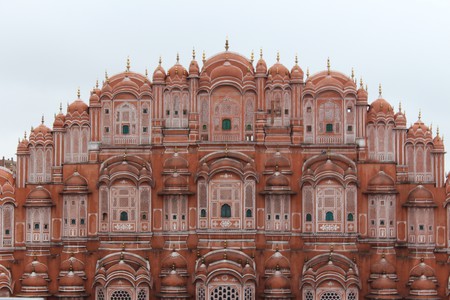 Jaipur is a desert city steeped in history, architecture and folklore. Capital of the Rajasthan state in India’s north-west, the area is home to the Rajput warrior clans known for their bravery and hardiness. The city has all the exotic elements of India encapsulated in a single panorama, from lavish palaces and unique architecture to rustic people and noisy bazaars, with camels and elephants thrown in for added measure.

The Ivory Fort and Amber Palace

Take an elephant ride up to the Amber Fort, which houses the Amber Palace (Sheesh Mahal). Steeped in history, the palace is decorated in marble, and is also known as the Ivory Fort. A guide will be able to walk you through the many buildings, mini-museums and lakeside gardens located inside the fort, which commands a panoramic view of the surrounding countryside. The Sheesh Mahal (‘Hall of Mirrors’) inside the fort was once the residence of the royal family and is the setting for several Hindi movies to boot.

The Jaigarh fort, built by Sawan Jai Singh II, is a guardian to the city of Jaipur and the Amber Fort. Built to protect the royal palace and fort of Amer, the two are connected by underground passages built centuries ago. The fort houses ‘Jaivana’, the world’s largest cannon on wheels and is largely intact despite centuries of harsh weather. It also houses several palaces, an armory and gardens and has the reputation of having never being conquered by invading armies.

The Jantar Mantar in Jaipur, similar to the one in Delhi, is an ancient astronomical observatory that was used to map the heavenly constellations in ancient times. Walk around the manicured and well-kept gardens and marvel at the various observation points used to track the movement of the stars by astronomers. This is one of five such structures built around the entire country, and is part science, part art. Opposite the Jantar Mantar lies the City Palace, which is also worth a visit. 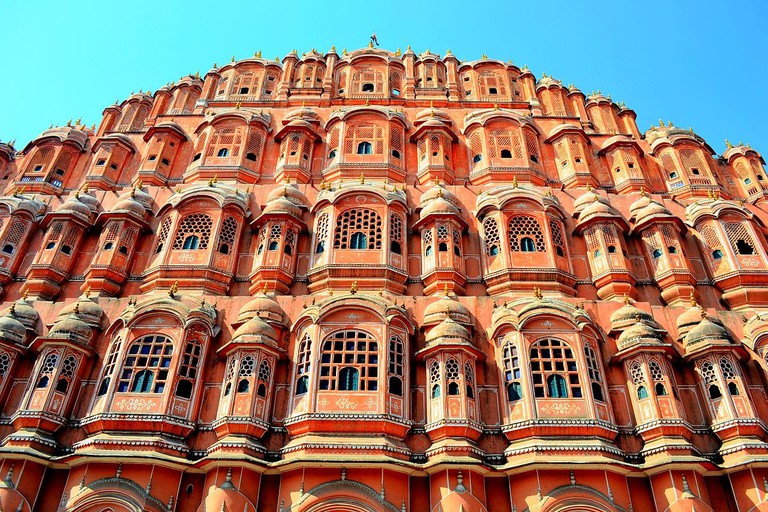 The name Hawa Mahal literally translates to Palace of Winds | © Manudavb / WikiCommons
Adjoining Jantar Mantar and on the opposite side of the City Palace lies Hawa Mahal, an architectural marvel of passages and balconies facing old Jaipur’s main thoroughfare. It was built of pink sandstone primarily as an observation point for processions travelling along the road below, as women from the royal family were not allowed to be seen in public in those times. The bustling bazaar opposite the Hawa Mahal houses a myriad of shops selling everything from trinkets to glass bangles, home décor pieces to carpets. Definitely worth a visit for the shopaholic in search of unique merchandise. 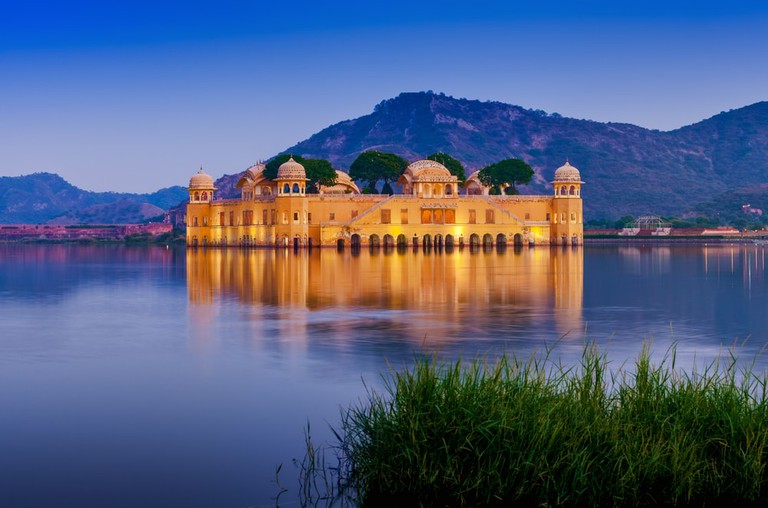 Jal Mahal means Water Palace in the local language | © photoff / Shutterstock
The Jal Mahal, or Water Palace, is located in the middle of Man Sagar Lake in Jaipur. Having undergone significant restoration, the palace looks beautiful in the evenings, with multi-coloured lights decorating the entire structure. Unfortunately, visitors are not allowed inside the palace at present. A similar structure in Udaipur has been converted into an ultra-luxury hotel, which makes this example in the Red City the more untouched and historically intact.

Museum
Facebook
Email
Twitter
Pinterest
Copy link
Share
This little gem of a place lies partly hidden in the by-lanes near Amber Fort, and is a place not to be missed. Located in a restored haveli or palace, the museum showcases samples of the traditional art of block printing for which this region is famous, along with the culture and history that surrounds this art form. Efforts are being made to preserve this ancient and unique art through education and promotion, and artists as well as tourists are invited to dive into the variety and uniqueness of the place. Garments created using the method are available in the adjoining Anokhi store.

Jaipur is known as the city of gems, where a variety of precious and semi-precious jewelry can be found. The Gem Palace is reportedly Jaipur’s oldest jewelry outlet, and the family prides itself on being the craftsmen that supplied the erstwhile royal family with many of their fabled pieces. The Gem Palace also offers a variety of traditional motifs made using jewels, created using semi-precious stones from the surrounding area.

To get a taste of authentic Rajasthani cuisine, visit the Thali House where you can eat a complete meal for less than $2. The taste is simple and rustic, and not too spicy (unless you ask!). The place is separated into two levels, the lower one where thali or fixed meals are served is more spartan and functional in décor, while the upper level is air-conditioned and diners have an extensive a la carte option. The place is purely vegetarian and is crowded at mealtimes. Don’t forget to try the dal baati, a speciality made of unleavened bread and lentils and served with a sweet side dish called churma.

To taste authentic sweets and savories, try out Lakshmi Misthan Bhandar or LMB as it is popularly known among the locals. It serves a variety of dishes, snacks and desserts, and is immensely popular. The variety of dishes is fantastic but be sure to pack some of their paneer ghewar (a sweet made from cottage cheese, flour and sugar) to carry home with you. The restaurant tends to be crowded and serves a standard Rajasthani thali with some snacks. The sweets, however, are the real talking point of this place.