The Top 12 Things to Do and See in Pondicherry, India 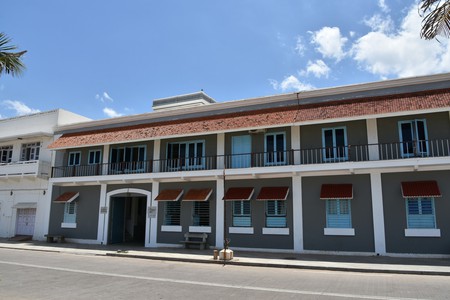 Often referred to as the ‘French Capital of India’, Pondicherry is a vibrant city located on the south-eastern coast of India. Brimming with unspoiled beaches, heritage buildings, French and Tamil quarters, ancient temples and churches and a colonial ambience, this French Colony has a plethora of things to do and see. Here are our recommendations.

Soak up the sun and salt at the beach

Pondicherry boasts unblemished, serene beaches, where beach lovers can kick back, relax, soak up the sun and sand and watch the world go by. One of the longest beaches in Pondy is Promenade Beach, where taking a long walk is an absolute dream. Plus, watching the sunset at this beach is heavenly, when glorious orange and pink hues reflect the turquoise waters.

For those looking for water sports, Paradise Beach and Karaikal Beach are perfect, while for those wanting to go surfing, Serenity Beach is the best spot. And, if you’re looking for a quieter stretch of sand, Mahe Beach is ideal for you. 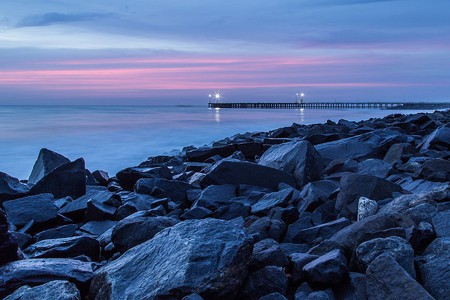 If water sports at the beach are not enough, you can hit the backwaters of the Chunnambar River. The Chunnambar Boat House, situated along the Cuddalore Main Road, offers boat rides along its namesake river. Boating through the serene backwaters is an ethereal experience, complete with stunning views of the verdant beauty and exotic birds in the area. Both pedal and motor boats are available. 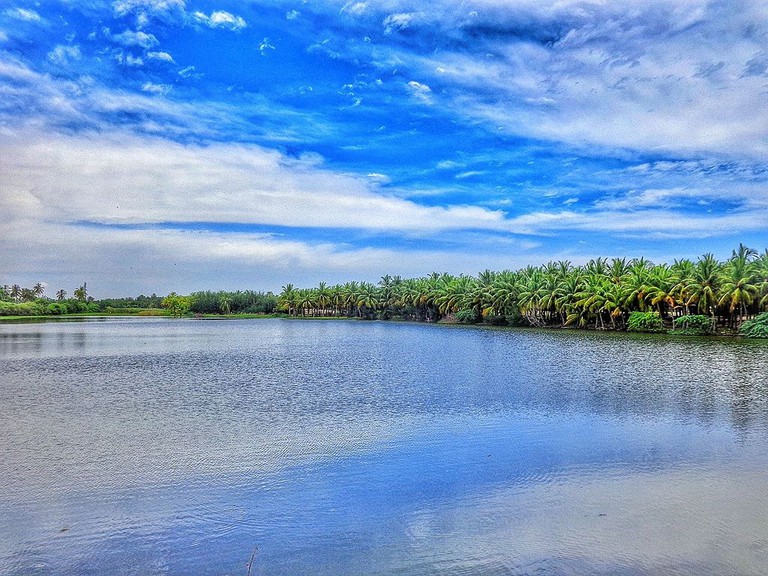 Pondy boasts impressive water clarity and a wide range of marine life, which makes it one of the best locations in the country for scuba diving. Plunging to depths of five to 40 metres, the diving sites in the city are perfect for both novices and pros. Divers can come face-to-face with some of the finest sea creatures, including sea snakes, corals, moray eels, triggerfish, manta rays, lionfish, angelfish, parrotfish, kingfish and other aquatic creatures.

The best diving sites in Pondy include Aravind’s Wall, 4 Corners, The Hole, Coral Shark Reef and Temple Reef, with the best organizer being the Temple Adventures, a five-star rated PADI Center. Diving will cost around INR 6000 ($93.96) – INR 9000 ($140.94) per head, which includes two dives in a day. 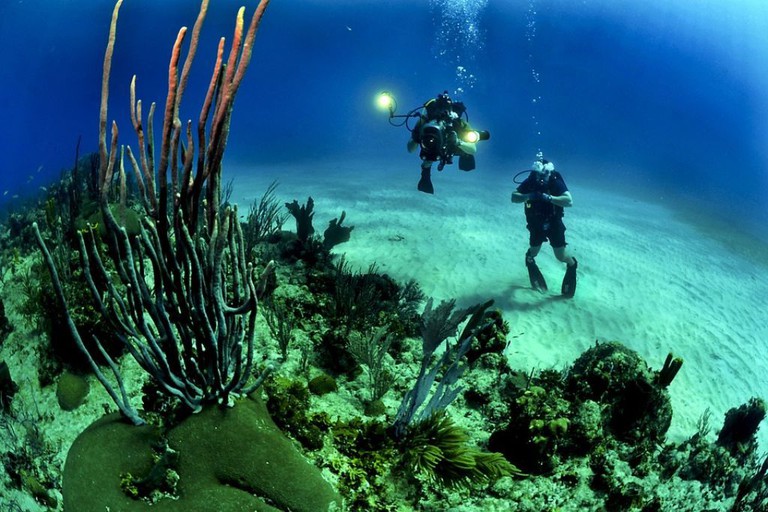 Enjoy the sunset at Ousteri Lake

One of the best spots in Pondy to enjoy the soothing sunset is Ousteri Lake, a man-made lake characterized by mudflats and marshy lands. In addition, the lake is populated with a wide variety of residential and migratory birds, which makes it a paradise for bird lovers. Keep your eyes peeled for golden orioles, egrets, white ibises, openbill storks, greater flamingos and white-breasted water hens.

Hopping on two wheels is one of the best ways to explore Pondy. This journey shows you its diversity and rich cultural heritage and cycles through the Tamil quarters, the French colonies and the Green quarters (also called Muslim quarters), followed by various historical and cultural places. The best-guided bicycle tours in Pondy include the Pondy Cycle Tour and Sita Cultural Center. If you prefer walking tours, opt for Heritage Walking Tour, which is given by French and English-speaking guides. 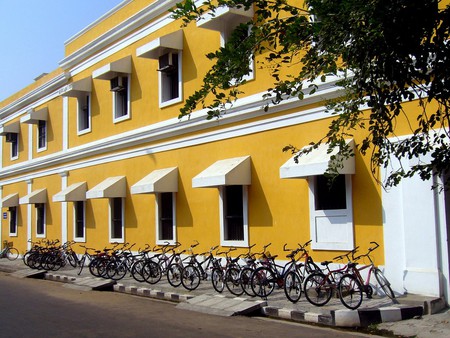 Visit one too many temples and churches

Pondy is home to numerous temples and churches. Some are architecturally brilliant, while others stand out in their serenity and simplicity. Must-visits include the Sri Gokilambal Thirukameswar Temple, which features a colourful exterior and ornate sculptures; the Manakula Vinayagar Temple, known for its elephant blessings, huge golden chariot and ornately carved stone walls; the Basilica of the Sacred Heart of Jesus that boasts Gothic architecture and the Immaculate Conception Cathedral, which is a 300-year old church and an architectural marvel. 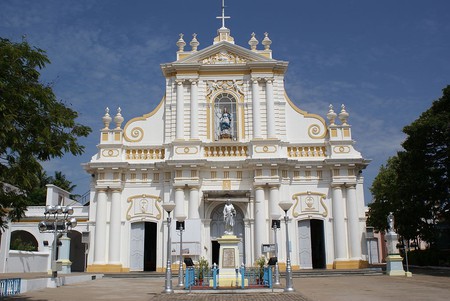 Get spiritual at Sri Aurobindo Ashram

Established in 1926 by Sri Aurobindo (a renowned spiritual guru) and a French woman, called ‘the Mother’, Sri Aurobindo Ashram is a must-visit for those seeking a spiritual retreat. Retreats here involve different meditation sessions and yoga practices that will transcend you into a state of peace. 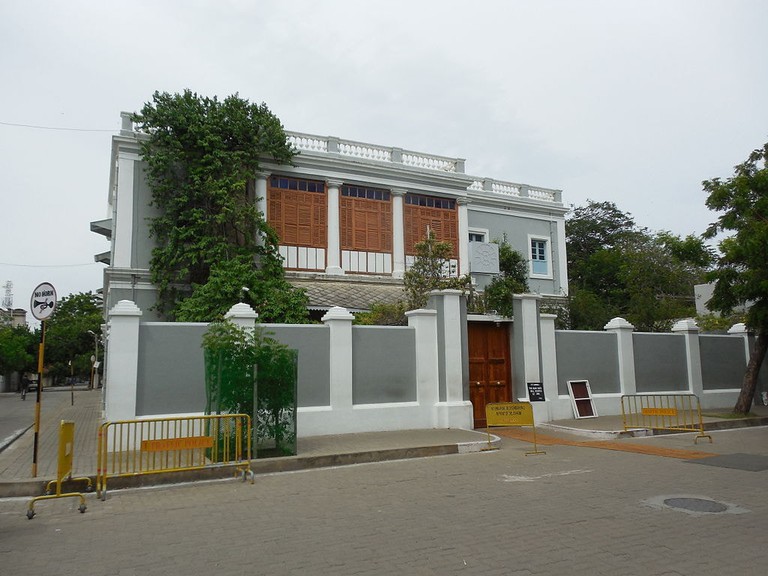 Step back in time at the Pondicherry Museum

Museum
Facebook
Email
Twitter
Pinterest
Copy link
Share
Map View
One of the most noteworthy museums in Pondy is the Pondicherry Museum, which houses plenty of historical and cultural treasures, ranging from antiquity to the present day. In each of the different rooms, you’ll find an incredible collection of unique and rare stone sculptures and bronzes that belong to the age-old Chola and Pallava dynasties, Pre-Christian relics and artifacts from the Arikamedu Roman settlements and Roman empires, who once lived in the city. There is also a fossil room, a geology room, handicrafts, French furniture and other artifacts.
Open In Google Maps
Canteen Street, White Town Puducherry, Puducherry, 605001, India
+914132223950
Give us feedback

Architecture and horticulture buffs must definitely visit the Botanical Garden, built in an ornate French style and housing stunning flower beds, pruned trees, fountains, toy train rides, an aquarium and a Japanese rock structure. Covering some 22 acres, the garden comprises 1,500 plant species from across the world. Another highlight is the musical fountain show held every weekend – times vary depending on the season.

Pay homage to the valiant soldiers at the French War Memorial

Built in 1971, the French War Memorial is a tribute to the brave soldiers who sacrificed their lives in World War I. Every year, on July 14, an annual remembrance is organized to honour the Bravehearts. It is one of the most impressive war memorials in the country. 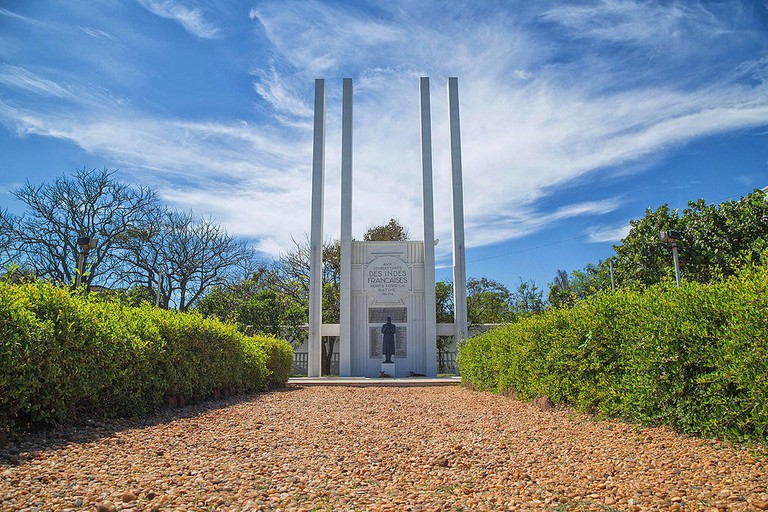 Pondy is one of the best places for food lovers. Its food scene is varied, with influences from French, South Indian, European and several other Western cuisines. And, a trip to Pondy is incomplete without trying its traditional South Indian fare and French cuisine. Some of the best places to dine at include Surguru for traditional South Indian cuisine; Le Cafe, Le Club and Mango Hill for French fare; La Pasta for Italian and Carte Blanche for Creole cuisine, to name a few. 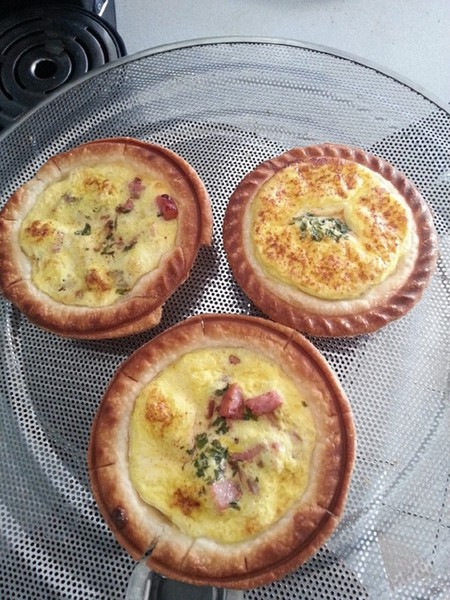 Located about nine miles from Pondy lies the ‘City of Dawn’, Auroville. It’s a universal town where people from across the world, irrespective of caste, creed, culture or country, live and work together in harmony and peace. This township is the perfect example of ‘unity in diversity’. The town is divided into several zones and the major ones include the Peace Zone, the International Zone and the Residential Zone. The highlight of the Peace Zone is the Matrimandir, where devotees meditate; the Residential Zone is where you can stay among the Aurovillians and the International Zone is comprised of community halls where several events are held on a regular basis. Just spend a day here and soak up the local atmosphere! 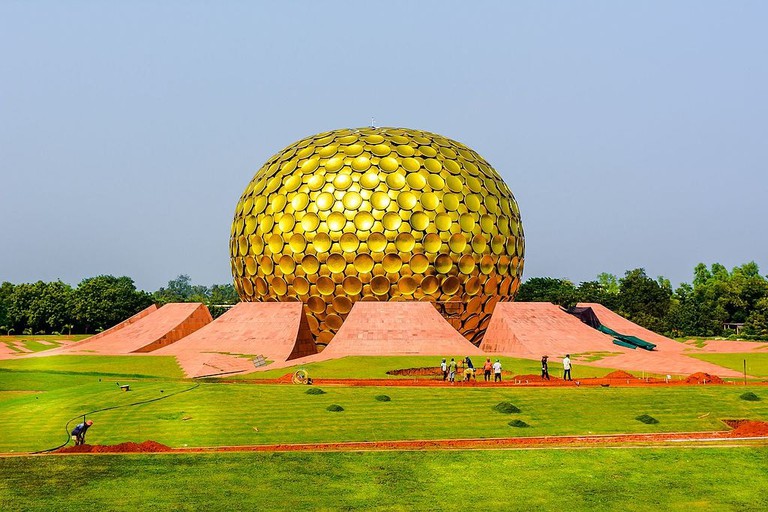