The Top 10 Things To See And Do In Visakhapatnam, India 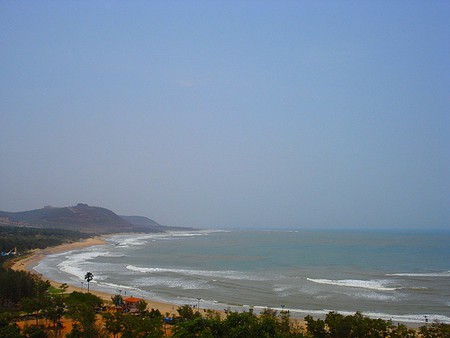 Known as the ‘Jewel of the East Coast’, Visakhapatnam (or ‘Vizag’) is a tourist’s paradise. Enveloped by towering hills on one side and scenic beaches on the other, this little-known destination is home to a diverse set of attractions that promise visitors one dazzling holiday. Let’s take a look at what Visakhapatnam has in store for you. 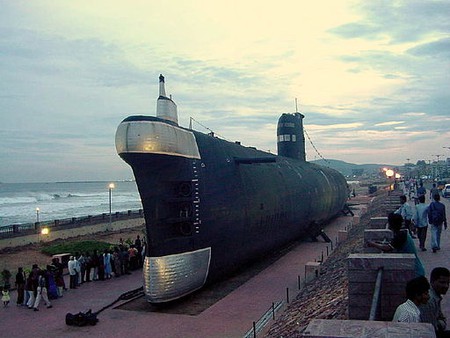 You’ll find the Submarine Museum (or ‘Smritika’) standing prominently against the stunning backdrop of Ramakrishna beach. The first of its kind in all of South Asia, the INS (Indian Naval Service) Kurusura Submarine was a Soviet built-I-641 class Submarine, which after 31 years of service was decommissioned and converted into a fascinating museum for the public. There are six guides and a curator to inform and educate visitors about the complex workings of the submarine, and the simple experience of being inside a sub is a thrilling novelty. Don’t miss this one!

One of Visakhapatnam’s most beloved tourist spots, Dolphin’s Nose, is truly a sight to behold. The name is derived from the shape of the large rock formation itself, which does resemble a dolphin’s nose in profile when viewed from afar. At an altitude of 174 meters above sea level, you’ll be able to catch fascinating views of the bustling city at one end, and at the other you can watch the serene comings and goings of ships along the coast. A historic lighthouse sits atop the ‘nose’, which was once destroyed in 1876 due to a cyclone but has since been restored to full functionality, guiding ships at sea from distances as far as 65 kilometers. This is a beautiful place to visit in the evening to take in the sunset over the city, or to just sit and watch the ships pass by.

Watch out for: The contrasting views of busy city and peaceful sea Park
Facebook
Email
Twitter
Pinterest
Copy link
Share
Map View
Kalisagiri Hill Park is a prominent hilltop park, with epic panoramic sea views of the East Coast. One can view the entire city of Visakhapatnam from the top of this lush, eco-rich hill. The name is derived from the word ‘Kailasa’, which is the fabled abode of Lord Shiva and Goddess Parvati. Kailasgiri offers several attractions, besides its stunning view, including ropeway trolleys, an enshrined sculpture of Lord Shiva and Goddess Parvati, a road train for kids, and a gigantic floral clock. There are also several cafes near the park that serve tasty snacks. This is an absolutely ideal place to visit with your family for a picturesque weekend picnic.
Admission Fee: Budget
Opening hours: 10am-8pm
Watch out for: Lord Shiva and Goddess Parvati
Open In Google Maps
Kailasagiri Visakhapatnam, Andhra Pradesh, India
Give us feedback

The Borra Caves are located around 90km north of Visakhapatnam, in the Ananthgiri Hill Ranges of Eastern Ghats of India. While the cave was discovered by British geologist William King in 1807, this is a naturally formed phenomenon of nature and is believed to be roughly 150 million years old. It is also considered to be one of the largest caves in India. Situated around 1,400m above sea level, the caves contain karstic limestone structures which extend to a depth of 80 metres. For the sake of intrepid explorers and visitors, the interiors of these caves are lit with 63 lamps of mercury, sodium vapour and halogen, which illuminate and amplify the stalagmite and stalactite formations. Some of the most striking formations are said to resemble a dinosaur, a serpent, an elephant’s foot, a temple, and even human brains. See if you can spot them all.

A government initiative, Tribes India showcases the most exquisite authentic tribal art and crafted items sculpted by tribes across the entire length and breadth of the country. The products are all sourced directly from a tribal craftsman, or from a predominantly tribal group of artisans. Every piece is eco-friendly and made from naturally available raw materials; their reasonable prices make for great souvenirs or gifts, as well. It’s a great place to purchase naturally made goods and garments, and to get a feel for the rich heritage of India’s varied tribes.

Spread across a vast expanse of 625 acres, this zoological park is named for Indira Gandhi, the former Prime Minister of India. The park is surrounded by the Eastern Ghats on three sides, while the Bay of Bengal flows along the fourth. The zoo provides natural ambiance and habitats for its wildlife and birdlife, and currently houses over 80 different species. Some of the animals you’ll spot as you wander the grounds include Rhesus Monkeys, Mandrills, Tigers and Pumas. When your legs get tired from roaming, a special mini train is also available for riding within the park premises. The grounds are very well-maintained, and offer a great outing for families.

Bunkers N Bonkers is Visakhapatnam’s first ever paintball arena. It’s been wildly popular since it opened, consistently drawing in huge crowds of people looking for an exhilarating experience. The arena is quite big, and filled with surprising obstacles that make the game all the more thrilling. Bunkers N Bonkers takes care to provide high-quality equipment when you play, to make sure no one is injured in battle. It also offers target practice for novices to prepare themselves before they enter the arena. If you need to recharge after a wild game, there’s a small cafe where you can relax with a few drinks or snacks.

Simhachalam is a beautiful Hindu temple dedicated to Lord Narasimha. The name of the temple is derived from the word Narasimha (nara meaning male and simha meaning lion), an incarnation of Lord Vishnu. Besides the many idols, the temple also houses a beautiful stone horse-drawn chariot. Walking along the perimeter, you’ll notice that the very walls and boundaries of the temple are elaborately decorated with elephants and flowering plants. On the other side, the exteriors of the temple are adorned with various images of King Narasimha in various postures.

Ramakrishna Beach is one of the many popular beaches running along the Eastern coastline of the country. Situated at the coast of Bay of Bengal, this beach constitutes a large part of the seafront. Often referred to as ‘twin beaches’, the Ramakrishna Beach and the Lawson’s Bay Beach offer beautiful views of the sunset, sunrise and your natural surroundings. This is a magical place to share with your loved one on a romantic evening.

Watch out for: The enchanting sunset

Spread over an area of 36 km with an altitude ranging 600-900m above sea level, Araku Valley offers breathtaking views of the waterfalls and streams running through its valley depths. Thanks to its pleasant climate and beautiful hills, this valley is home to several coffee plantations and over 17 different tribal societies. You can swing by the Araku Tribal Museum to gain some insight into the lifestyles of these local tribes. If you have the opportunity, make sure to check out a performance of ‘Dhimsa’ dance, a cultural event in the region full of expert movement and colorful costumes.