The Top 10 Things to Do and See in Mysore

Mysore (or Mysuru as it known to locals) is located in the South Indian state of Karnataka, and is one of the most popular cities for tourists. With a royal heritage that stretches back to the thirteenth century, Mysore is filled with towering monuments, gorgeous palaces, diverse zoos, and engraved temples. Come here for a breathtaking view of history, a premium selection of silk and sandalwood, and a place to practice ashtanga yoga. 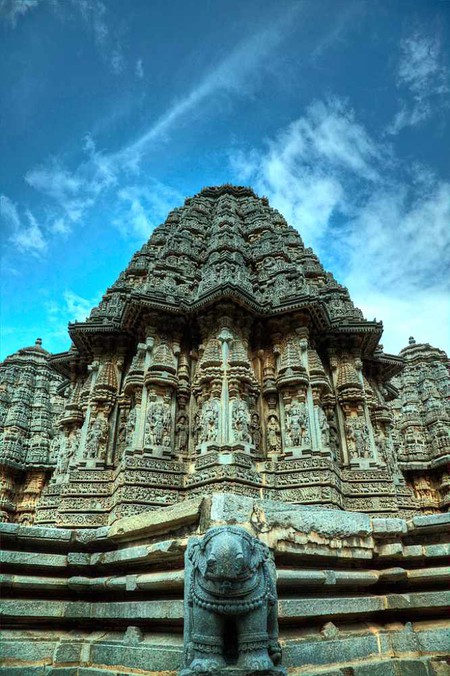 The Somnathpur Temple is an engraved royal legacy, built in 1268 in Mysore. Devotees of Lord Keshava, who is an incarnation of the widely worshipped Lord Krishna, often come here for prayers and meditations. Somanatha, the Hoysala general under the reign of King Narasoimha III, built this temple and many others during his tenure. The Somnathpur temple is the last one standing from the original collection, and as such, is one of the best-preserved historic structures in Mysore. 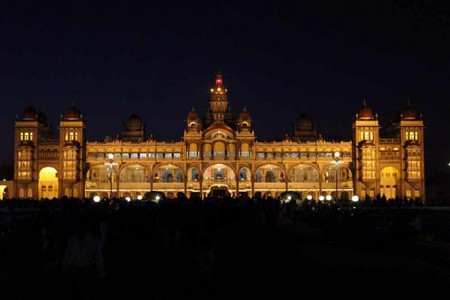 Maharajah’s Palace, also known as Amba Vilas, continues to be extremely popular with tourists from all corners of the world and country. As a legacy of royal splendor, the Palace was home to the Wodeyar maharajas, before catching fire in 1897. It was painstakingly resurrected and restored to its glittering glory in 1912 by an English architect. It now boasts a dazzling array of stained-glass windows, mosaic floors, carved wooden doors, and lavish paintings from the Edwardian Raj era. 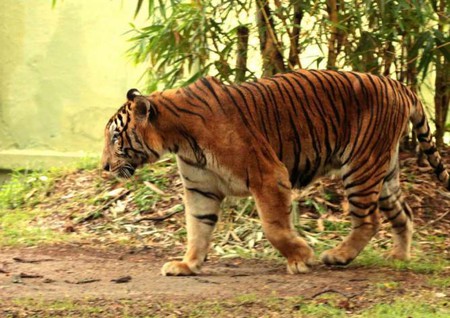 The Sri Chamarajendra Zoological Gardens is part of the Mysore Zoo, an incredibly fun and family-friendly outing in the heart of the city. Voted as the 2015 Travelers’ Choice by TripAdvisor and ranked as the number one zoo in India, the Zoological Gardens is not to be missed during your trip to Mysore. With an exciting array of animals to see – including tigers, lions, pelicans, gorillas, giraffes and crocodiles – everyone who’s anyone will love Mysore Zoo.

The Avadhoota Datta Peetham is a spiritual ashram and religious institution founded by Sri Ganapathy Sachchidananda Swamiji. It is renowned across the world for its dedication to promoting the cultural and social welfare of mankind by offering yoga, meditation, communal prayers, and more. Located less than a mile and half from the city center of Mysore, this ashram also boasts a built-in bonsai garden and a bird sanctuary, which you can leisurely stroll through as you feel yourself truly unwind. 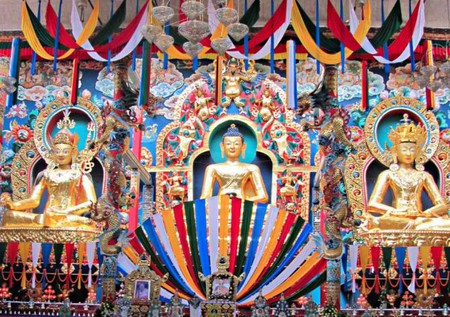 The Namdroling Nyingmapa Monastery, located amongst Bylakuppe’s sandal groves just a little outside the heart of Mysore, is a beautiful and peaceful Buddhist ashram and sanctuary. Founded by His Holiness Pema Norbu Rinpoche, the Namdroling Nyingmapa Monastery was sanctified by the Dalai Lama, and is currently home to almost 5,000 monks and nuns who spread the teachings of the Buddhist faith. This dazzling monastery is also a structural masterpiece of colorful artwork celebrating Buddha and its Tibetan heritage. 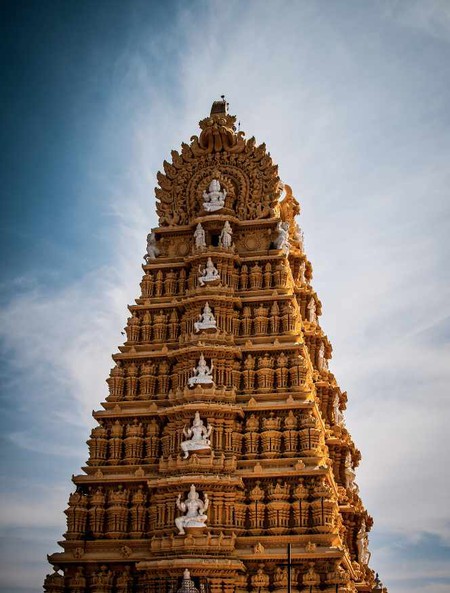 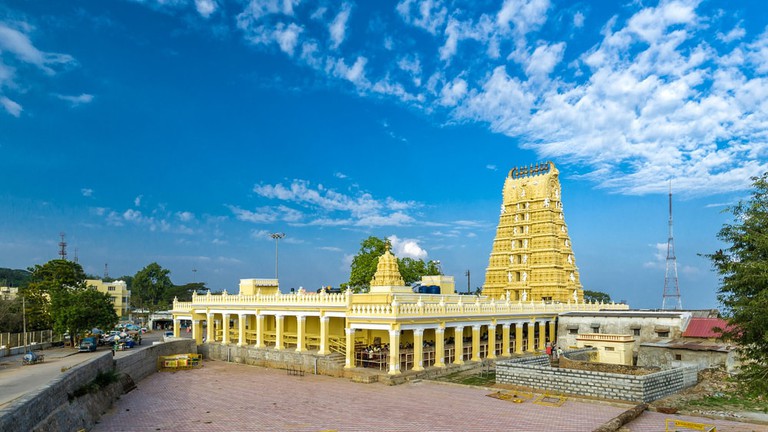 Sri Chamundeshwari Temple in Mysore in atop the Chamundi Hills | © Vladimir Zhoga / Shutterstock
Towering nearly 3,500 feet above the summit of Chamundi Hill, the Sri Chamundeswari Temple is an ancient religious building offering devotees a haven in which to worship the namesake Goddess. The entrance gateway is a lofty, carved-stone structure ascending over 100 feet above worshippers’ heads, and the temple located directly inside is as well maintained as ever. You can catch spectacular, one-of-a-kind views of Mysore from here, as well as take an excursion from the temple down the narrow road if you want to get away from it all.
Open In Google Maps
Chamundi Hill, Chamundi Hill Steps, Mysuru Mysuru, 570010, India
+918212590127
Visit Website
Give us feedback

Brindavan Garden is one of those places you can lounge around at all day long, because each hour of the day will offer a new lens through which to see the beauty of the garden. During the early morning, it is a mating ground for beautiful birds of every size; in the afternoon, it is a family-friendly picnic area alive with noise and laughter; in the evening, it is a lovely place for couples to spark romance; finally, late at night, it is lit up with colorful LED lights inside the fountains. 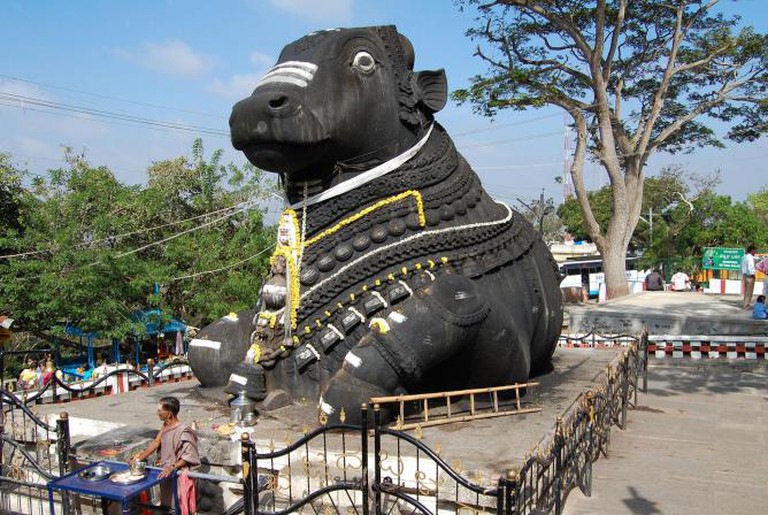 Nandi the Bull, Chamundi Hills | © Sanjay Acharya/WikiCommons
The Badri Yoga School is an oasis for seasoned yoga practitioners and yogi neophytes alike. At a time when Mysore is getting a reputation for being one of the best places in India to learn yoga, there has never been a more compelling reason to visit. Founded in 2009 by Badarinarayana Iyengar, the eponymous Badri, this yoga school seeks to teach its disciples about the discipline and diligence that go into yogic training. With an emphasis on self-practice and self-improvement, classes are small and concentrated so that the instructors can pay special attention to each and every student.
Open In Google Maps
13th Cross Road, Gokulam 2nd Stage, Gokulam Gokulam, Mysore, Karnataka, 570002, India
+919901219615
Visit Website
Give us feedback

Nandi the Bull lives at the foot of Chamundi Hill, the same area that is home to the Sri Chamundeshwari Temple. The Chamundi Hill Bull Statue is over 350 years old and is carved from a massive black granite boulder. In Hindu mythology, Nandi the Bull serves as the vehicle of Lord Shiva, the icon of destruction. It is no surprise, then, that near the bull statue is a tiny cave-like shrine dedicated to Lord Shiva where worshippers flock in the early morning hours. It will take you about fifteen minutes to fully circle this statue and shrine, and less than fifteen seconds to fully appreciate it. 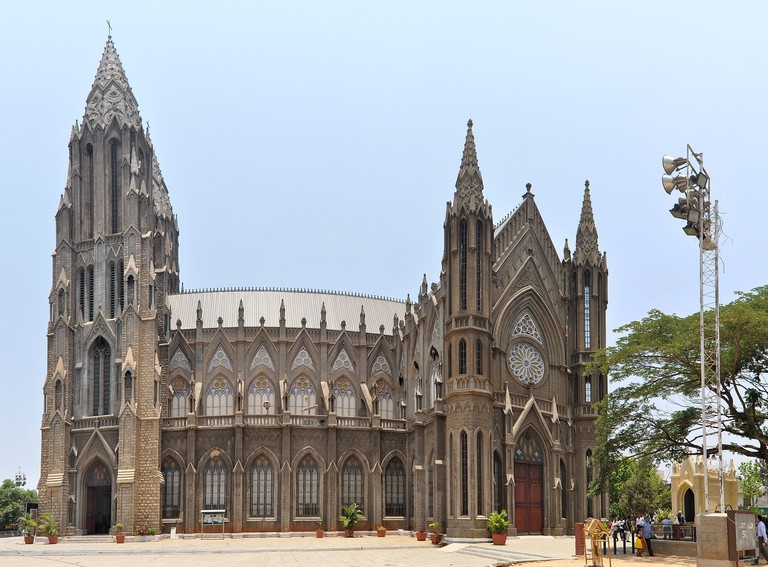 St Philomena’s Cathedral is one of the tallest churches in Asia | © Paweł 'pbm' Szubert / WikiCommons
There is no dearth of ornate religious architecture in Mysore, but if you’ve seen your share of temples whilst here, visit St. Philomena’s Church. At a dizzying 175 feet above ground, the spires of this cathedral can be seen from just about any corner of Mysore’s city center. Constructed in 1956, it is also one of India’s oldest and largest churches designed in the neo-Gothic style of Germany’s Cologne Cathedral. Come here for the spiritual experience as much as the aesthetic one, and be inspired by the stained-glass windows depicting the most important Biblical events. Address and telephone number: Paris priest St. Joseph’s Cathedral, Lashkar Mohalla, Ashoka Road, Mysuru, 570001, IndiaPrachi Vyas
Open In Google Maps
Ashoka Road, Earangere, Mysuru Mysuru, 570001, India
+918212563148
Give us feedback