The Top 10 Photographers From Delhi, India 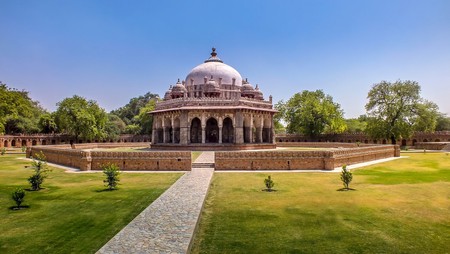 The city of Delhi is home to some of the best photographers in all of India. From established artists who’ve achieved international renown to upcoming ones who are being hailed as the next big thing, these are 10 of the finest photographers from the capital.

Dayanita Singh is unequivocally considered one of the finest Indian photographers who uses books as a medium to showcase her art. Singh has published 12 photo books in her career spanning over three decades. Her last book series titled Museum Bhavan is a unique collection of nine “pocket-sized museums”, as Singh likes to call it. The highly successful book has been on exhibition around the world including at Hayward Gallery, London, the Museum für Moderne Kunst, Frankfurt, and the Art Institute of Chicago.

Raghu Rai is a photojournalist who started his career way back in 1965. Awed by one of Rai’s photo exhibitions in Paris, the influential French photographer Henri Cartier-Bresson invited him to join the elite Magnum Photos in 1977. Through the years, Rai’s iconic photos have appeared in some of the top international publications including Time, Life, Sunday Times, and the New Yorker. 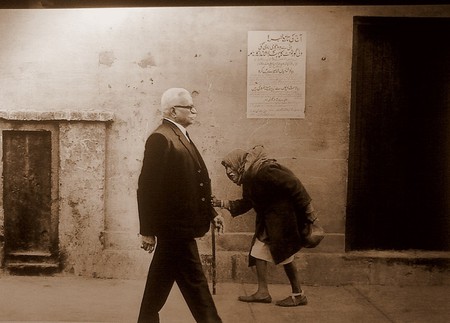 Vivek Singh has come to be known for his powerful photojournalistic images. He has received praise, especially, for his work in the North-east region of India where he has covered stories which are of grave socio-political importance, but are often overlooked by the national media. Singh’s notable work in the region includes documenting the ongoing communal violence in Assam, a Baptist pastor’s fight against HIV/AIDS in Nagaland, refugee crisis in Tripura and portraits of women militants in an insurgency group in Manipur.

Chandan Gomes is a contemporary photographer who has already won a number of awards in a short span of time. He published his first book This World of Dew in 2015 and the photographs from this title have been presented at the Benaki Museum, Athens, and Parc Des Ateliers, Arles. Gomes’ works regularly find a place in leading national publications and a notable one was a series of photographs captured during the heated protest which followed the infamous Delhi gang rape in 2012.

Soon after graduation, Anushka Menon joined the fashion industry and became one of the youngest photographers in the business. It did not take the young artist to make a name for herself in this highly competitive industry as she started grabbing enviable projects for clients like Vogue, Harper’s Bazaar, GQ and Cosmopolitan. Not only that but Menon also garnered a few awards along the way, one of which was Fashion Photographer of the Year in 2011, presented by Marie Claire magazine.

Vicky Roy landed in Delhi as an 11-year-old who had run away from a poverty-stricken home in West Bengal. In the capital city, he made ends meet as a ragpicker and dishwasher in a restaurant. It was after he was advised by an NGO, Salaam Balaak Trust, to get an education, that life completely changed for Roy. Soon he met Dixie Benjamin, a British filmmaker, who was making a documentary on the NGO and from him, Roy learnt the ropes of photography. After winning a global competition organised by US based Maybach Foundation in 2008, he became one of the three photographers selected to document the reconstruction of the World Trade Centre in New York.

Saumya Khandelwal is the recipient of Getty Images Instagram Grant 2017. She won the award for her photo series titled Child Brides of Shravasti, which focuses on the lives of young girls, in the villages of Uttar Pradesh, who were forced into early marriages. Khandelwal currently works for Thomson Reuters as a photojournalist.

Randhir Singh began his professional life as an architect working for some of the top firms in New York for 15 years. During this time, he developed a passion for photography, using his design expertise to frame stunning images of buildings and spaces. For about 10 years now, Singh has been a full-time architectural photographer working on projects both in India and abroad.

Tarun Khiwal is one of the most celebrated fashion photographers in India. Known for his experimental approach, Khiwal is the only Indian to be recognised with the Hasselblad Masters Award. In 2015, he was featured in a narrative photo exhibition called The Reflected Eye in New York, alongside famous names like Rankin, Jerry Schatzberg and Fernand Fonssagrives.

Most of Dileep Prakash’s photographs are governed by a sense of nostalgia. His exhibition What Was Home pays homage to the boarding school where Prakash spent his formative years in a series of beautiful monochromatic images. He also travelled across the country for a project titled Anglo-Indians, where he took portraits of people belonging to the community who are of mixed Indian and British ancestry.